"I've grown up with it. I had to accept it. But we're not going to accept it anymore. Nobody should be prepared to go through what I went through back in the day" 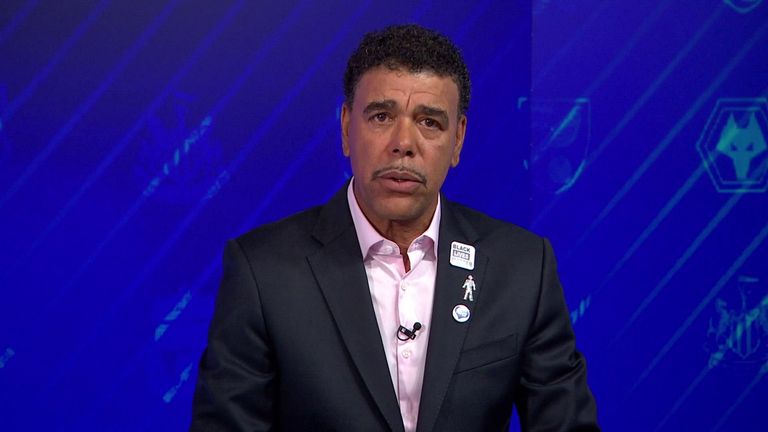 Chris Kamara tells Soccer Saturday about the racist abuse he suffered during his football career, adding that nobody should be forced to accept what he experienced

Chris Kamara has revealed some of the horrific racist abuse he received during his playing career, which included death threats from racist supporters.

The Sky Sports football expert was speaking to host Jeff Stelling on Soccer Saturday about his experience of racism in football, and what impact he thinks the Black Lives Matter movement can have on the modern game.

Kamara, 62, played over 600 games for nine clubs during a 21-year professional playing career but says the abuse began when he was just 16 and starting his career with Portsmouth.

"Pompey supporters are fantastic, but when I started playing for them, they had a small National Front element. So not only did they boo me off when I was rubbish, they booed me onto the pitch."

Kamara left Portsmouth for Swindon in 1977, at which point he says the abuse became so bad that he had to be given a police escort to his first game with his new club.

"When I left Portsmouth and was transferred to Swindon, I had death threats when I played my first game, against Portsmouth, ironically," Kamara explained. "I had to have a police escort to the game because they feared it was more than just a threat.

"But we're not going to accept it anymore. Nobody should be prepared to go through what I went through back in the day."

The current Black Lives Matter movement, which was reignited by the death of George Floyd in police custody last month, has seen Premier League players take a knee before kick-off during games this week.

All players have also had their names on their shirts replaced by the words 'Black Lives Matter', and Kamara says players' engagement can help society to take advantage of what he sees as a hugely important time in the fight against racism.

"The only way we can do it is by education and for people to think 'why are those professional footballers doing that?' The reason they're doing that is to stop this.

"It's captured every single race, who know about this now and know that it needs to be stopped. We are doing something massive now to stop it.

"We will never eradicate it, but this is going to go a long way towards making sure we don't see it on a regular basis."