"Until we can make people in the boardroom and other decision-makers feel like we feel, then how are you ever going to level the right and appropriate actions moving forward?" Kick It Out's Troy Townsend believes now is the time for football's governing bodies to really listen to players if there is to be fundamental change following the Black Lives Matter movement.

The Head of Development for the equality and inclusion organisation has praised the number of initiatives seen throughout all levels of the game following the death of George Floyd in May.

Although taking a knee prior to games as well as wearing t-shirts and badges has brought a groundswell of support, Townsend has now laid down the challenge for key decision-makers to implement real change.

"The power in the player voices now and the progression we have seen over the past few months, particularly with the way they are speaking out and speaking up on a number of social issues - they need to be heard, they need to be listened to.

"Until we can make people in the boardroom and other decision-makers feel like we feel, then how are you ever going to level the right and appropriate actions moving forward?" Players, clubs 'hung out to dry' over taking a knee

Townsend feels that although the taking a knee by players showed 'solidarity, support and empathy', he agreed with recent comments made by QPR's director of football Les Ferdinand that it now is 'just not enough'.

Townsend feels the furore surrounding the issue of whether the gesture should continue or not has seen players and clubs 'hung out to dry' by governing bodies diminishing responsibility to make a decision on the topic. 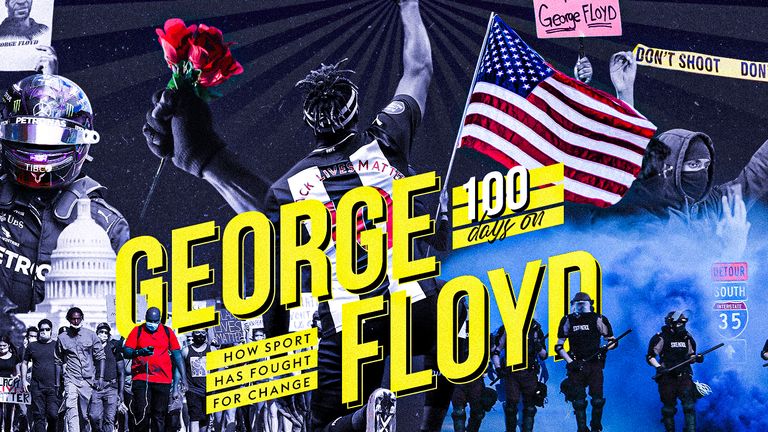 100 days on from the death of George Floyd, sportsmen and women across the world have been using their platforms and their voices in the fight against racism and social injustice

"The Premier League and EFL stance was to 'get on with it if you want to, it's totally up to you'," Townsend added.

"It's the obligation of authorities to keep it going or taking it away but it has been left with the clubs and they have been hung out to dry.

"It's worrying they can do that and see it as not important enough to address - the players have made this stance and it's almost as if they have been let down now.

"It goes back to the conversation back up in the power circles and how we are truly going to effect change.

"We have been talking for far too long and the people on the ground, the players, coaches and staff are fed-up - we want to see the change now."