Man City travel to Germany in first leg to face Borussia Monchengladbach; Liverpool to play RB Leipzig; Barcelona draw Paris Saint-Germain; Round of 16 to take place in February and March next year

Chelsea face a tough tie against Diego Simeone's side, who are second in La Liga, level on points with Real Sociedad with two games in hand.

Frank Lampard's side will travel to the Spanish capital for the first leg on February 23, with the return match taking place at Stamford Bridge on March 17.

Both games come ahead of high-profile Premier League matches for Chelsea, with Manchester United due to come to west London four days after the away match with Atletico, with a trip to Anfield to take on Liverpool the next fixture after the second leg of their European tie.

Speaking about the challenge posed by Atletico, Lampard said: "I think most people will say it's the toughest draw that we could have had. 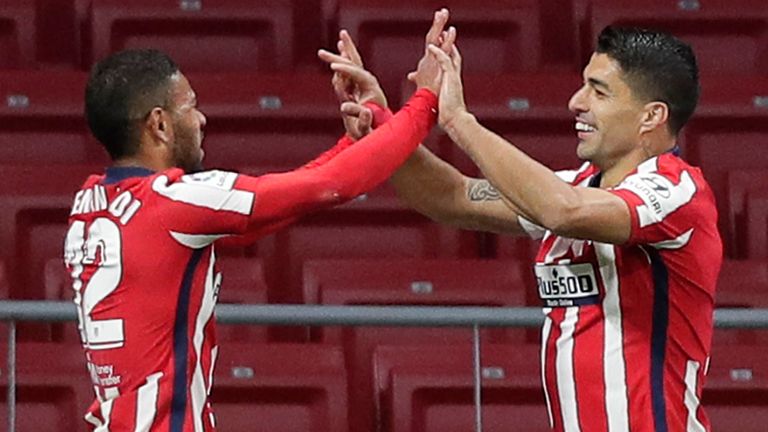 "When you go on current form, how they've been in La Liga, European experience, quality of team and player, I think most people would say that.

Manchester City will play German side Borussia Monchengladbach, who are in the knockout stages for the first time in their history.

Pep Guardiola's side will play the first leg in western Germany on February 24 before welcoming Borussia to the Etihad Stadium on March 16.

Former Bayern Munich head coach Guardiola said: "I learned when I was in Germany how big and important and historical a team Gladbach are. I respect the beauty of their football. 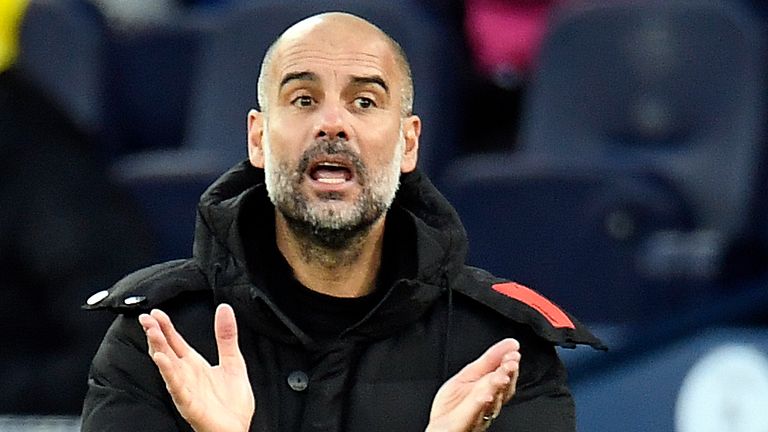 "They went through the group with Shakhtar (Donetsk) and were able to go through and played an exceptional game against Shakhtar after Shakhtar beat Real Madrid twice.

"All I can say is I want to arrive in the best condition when we play them. We want to compete as best as possible and go through."

Liverpool, who were knocked out by Atletico at this stage last season, will also head to Germany for their Round of 16 first leg game against RB Leipzig on February 16 ahead of the Merseyside derby with Everton that weekend, with the return match with Leipzig at Anfield scheduled for March 10.

The three English sides all avoided five-time winners Barcelona, who will play French champions Paris Saint-Germain, with Neymar facing off against his former club.

The ties will take place over two legs, with seeded group winners playing away in the first legs and at home in the return matches.

When will the games be played?

What are the other key dates?

This will be the seventh meeting between these two sides in the Champions League, with Chelsea losing just once, 1-3 at home in the 2014 semi-final (W2 D3).

Chelsea have won just one of their last seven Champions League meetings with Spanish opposition (D4 L2), although that win did come last time out (4-0 away to Sevilla in this season's group stages).

Frank Lampard scored and assisted in Chelsea's only home victory against Atletico Madrid in the Champions League (4-0 in October 2009).

Liverpool and RB Leipzig will meet for the very first time in a competitive match in European competition.

Liverpool are unbeaten in their last 10 matches against German teams in all European competition (W7 D3), since a 2-4 loss to Bayer 04 Leverkusen in April 2002.

Liverpool will be the third different English team RB Leipzig have faced in the Champions League, previously meeting Tottenham in 2019-20 (W2) and Manchester United in 2020-21 (W1 L1).

This will be the seventh European meeting between Man City and Borussia Monchengladbach, the Citizens unbeaten in the last four (W3 D1), all coming in the Champions League.

Both of Sergio Aguero's Champions League hat-tricks have come against German opponents, Bayern Munich in November 2014 and Borussia Monchengladbach in September 2016.