Gerard Houllier: Steven Gerrard pays tribute to a 'special man' who was 'more than a manager'

Gerard Houllier passed away at the age of 73; he led Liverpool to FA Cup, League Cup and UEFA Cup success in 2001; Rangers boss Steven Gerrard says his former manager made him a better person; Jurgen Klopp and Rick Parry also pay tributes 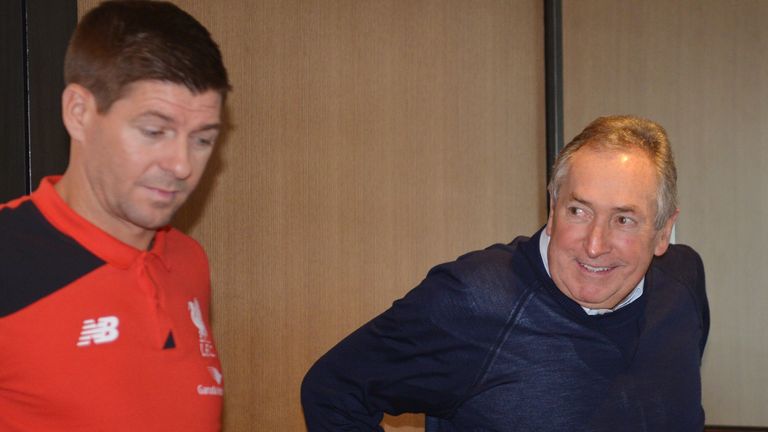 Gerard Houllier's influence went beyond what he achieved as a manager and he was a "special man, a caring man, a loving man", his former player Steven Gerrard has said.

The Rangers boss paid an emotional tribute to his former Liverpool manager, who passed away at the age of 73 on Monday.

It was under Houllier that Gerrard broke through at Anfield and the former Liverpool captain said the news has come as a profound shock.

"I would like to pay tribute to him, yesterday was a really tough day for myself and (Rangers assistant) Gary McAllister," Gerrard said.

"Gerard obviously played a huge part in both our careers - and also our lives, so the news yesterday was very difficult to take. It's a huge blow.

"I came in yesterday morning really happy after our result at the weekend and then to receive that news was a bitter blow.

"He was a special man, a caring man, a loving man. He was more than just a manager."

Houllier handed Gerrard his Liverpool debut in 1998 and it marked the beginning of a close relationship on and off the pitch, the high point of which was a triple trophy haul in 2001 when the Reds won the FA Cup, League Cup, and UEFA Cup.

Gerrard said he had a lot to thank Houllier for personally and professionally, echoing the sentiments of former teammate Jamie Carragher who similarly lauded the Frenchman's personality and kindness. 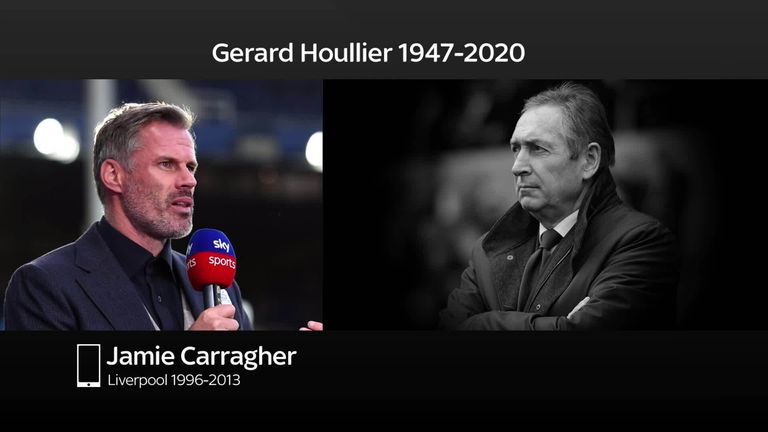 "Throughout your career, different people look after you and shape you," Gerrard said.

"In your younger days, Steve Heighway, Hugh McAuley, Dave Shannon for example. Then they pass you on to the first-team staff, which was Gerard Houllier, Phil Thompson and Sammy Lee, who did an incredible job in terms of where I was at my age and as a player.

"Gerard was at the forefront of that in terms of shaping me into a better player, a better person, a better leader.

"So I've got an awful lot to thank the man for and I'm finding it really hard to come to terms with it right now."

Gerrard, whose Rangers side are preparing to face St Mirren in a Betfred Cup quarter-final on Wednesday, revealed he tried to absorb little nuggets from managers he worked under during his playing career.

But it was the personal touch that made Houllier stand out from the rest.

"I always try and take all the best bits from all the coaches and managers," Gerrard added. "It's impossible for me to add the charisma, the care and the love that Gerard carried.

"I think every player that has worked with him will certainly echo that. He was just a special human being.

"This is not a guy who would focus solely on football and what you gave to him in terms of the relationship player-to-manager.

"This was someone who, at my age, wanted to change me as a human being into an elite professional, who wanted me to be a better person, who wanted me to really understand the tactics and the game in a different way and become an even better player and build all the other stuff around the talent I had at that age. I'll never forget that."

Klopp: Houllier a 'true legend of the club'

Liverpool manager Jurgen Klopp paid his own tribute to the Frenchman after the death of one of his predecessors.

Klopp revealed in an interview to the club's channel that Houllier was one of the first people to congratulate him on becoming the Reds boss in October 2015. 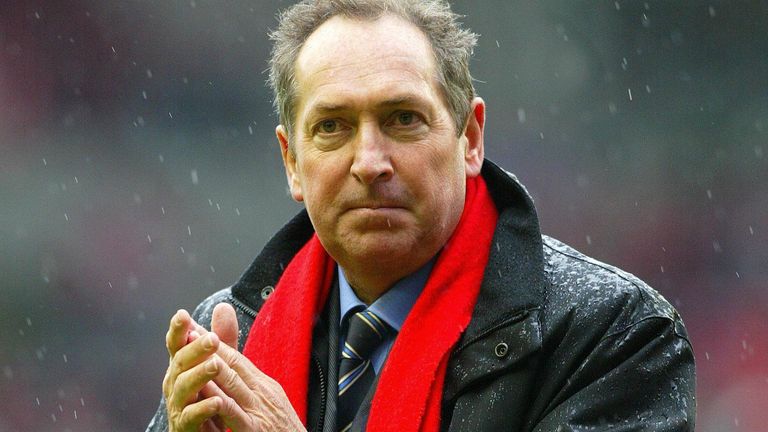 The news of Houllier's death is sad for everyone associated with Liverpool, says Jurgen Klopp

The German also said Houllier would have been proud to have seen Liverpool's new Kirkby training ground, which opened last month.

Asked what memories he had of Houllier, the Reds boss replied: "Only the best. I met him a few times, texted a lot. He was a very supportive man, a great coach, and an even better human.

"Very warm personality and a big miss for LFC. A true legend of this club.

"He would have loved to see our new training ground, as you know he was influential in the rebuild and modernising of Melwood.

"During construction work here, we were in contact. He would have loved to have seen it. Tomorrow I am sure our fans will pay tribute (in the top-of-the-table Premier League match against Tottenham)."

'Respectful Houllier loved by all at Liverpool' 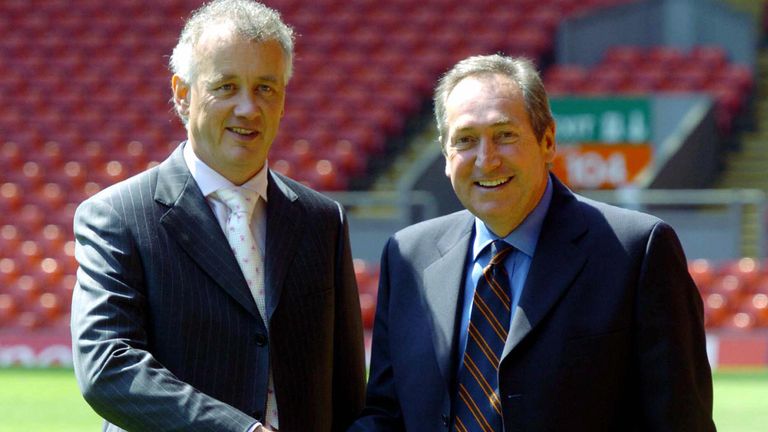 Rick Parry has described Houllier as someone who garnered respect and was held in high regard at Liverpool.

Parry, who served as Liverpool chief executive during the Frenchman's time at Anfield, said the 2001 treble season remains an extraordinary achievement.

"He wasn't afraid to make the big decisions - he made many big decisions - but always treated people with respect, always explained why he was making the decisions in the best interest of the team, which I think is why everybody held him in such high regard, why they respected him and viewed him with such affection," Parry told Sky Sports News.

"There were so many memories crammed into those few weeks but that final week of the season with the FA Cup, the UEFA Cup and then the vital game at Charlton on the very final day to clinch Champions League qualification. That was just an extraordinary few days.

"It is difficult to pick a highlight, it was a season of highlights. That 2001 (season) was an immense season. It was incredibly gratifying. I think it is the one that every Liverpool supporter remembers. Gerard was definitely a great manager."