Tommy Docherty managed 12 clubs including Manchester United, Chelsea, Aston Villa and Derby, as well as a spell in charge of Scotland; former Preston player guided Man Utd to an FA Cup final win over Liverpool in 1977

Former Manchester United and Scotland manager Tommy Docherty has died at the age of 92 following a long illness, his family have announced in a statement.

Docherty, who was known as 'The Doc', managed 12 clubs - including Chelsea, Aston Villa and Derby - during a 27-year coaching career.

He also had a stint in charge of Scotland, but was best known for his five-year spell at Old Trafford, overseeing an FA Cup final win over Bob Paisley's Liverpool in 1977.

Docherty died at home in the north-west on December 31.

A family spokesperson said in a statement: "Tommy passed away peacefully surrounded by his family at home.

Derby County are saddened to learn of the passing of former manager, Tommy Docherty.

"He was a much-loved husband, father and papa and will be terribly missed.

Docherty presided over United's relegation to the Second Division in 1974 - their first spell outside the top flight for 36 years - but he returned them to the First Division as champions in 1975, before going on to win the FA Cup two years later.

A United statement on Twitter read: "We are deeply saddened by the passing of Tommy Docherty, who led us to FA Cup victory in 1977 with a thrilling, attacking team in the best traditions of Manchester United.

"Everyone at the club sends sincere condolences to Tommy's loved ones." 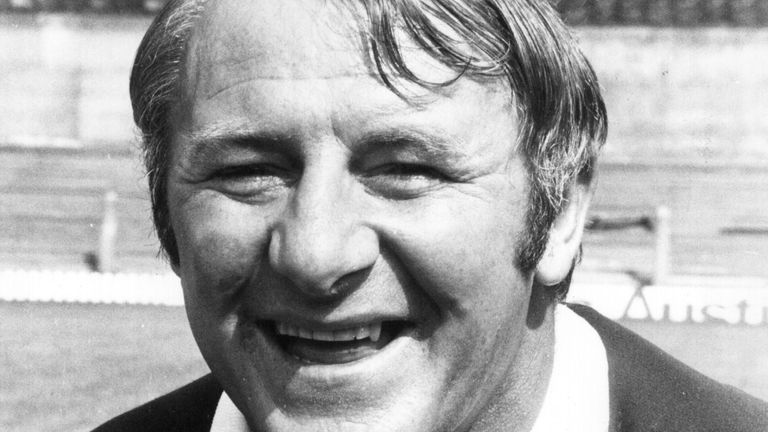 Scottish Football Association president Rod Petrie said on the organisation's website: "Football has lost a tremendous personality in Tommy Docherty. He was tenacious on the park and a great leader off it.

"Tommy was a regular in the Scotland side in the 1950s that qualified for two World Cups, and his record as Scotland manager was impressive, albeit cut short by his decision to take the Manchester United job.

"He was on record as saying that the biggest regret of his career was leaving his Scotland managerial role and looking at the results and performances he inspired, it is hard not to wonder what might have been had he remained.

"His charisma and love for the game shone even after he stopped managing and it was entirely fitting that Tommy should be inducted into the Scottish Football Hall of Fame for his lifelong service. Our thoughts are with his family and friends at this difficult time."

Docherty made his name as a manager at Chelsea, where he became player-manager in 1961 before becoming full-time coach when he ended his playing career a year later.

Everybody at Chelsea Football Club is very saddened to learn of the death of our former player and manager Tommy Docherty.

Tommy was a legend of our game and our thoughts are with his family and close friends at this time. 💙 pic.twitter.com/pFEESAb5DI

He took the club back into the First Division in 1963 and won the League Cup in 1965, and was also responsible for introducing Bobby Tambling and Peter Bonetti, who went on to become Chelsea legends, into the team.

Docherty also had a spell in charge of Porto between 1970 and 1971, and coached in Australia towards the end of his career.

Before going into coaching, Glasgow-born Docherty started his playing career at Celtic before moving to Preston, where he won the Second Division in 1951 and reached the FA Cup final in 1954.

A Preston tweet read: "Everyone at Preston North End is deeply saddened to learn of the passing of our former player and manager Tommy Docherty, who made over 300 appearances for the club.

"Our thoughts are with Tommy's loved ones at this sad time."

Sammy McIlroy, who was part of Docherty's Second Division and FA Cup-winning sides at Manchester United, paid tribute to his former manager. 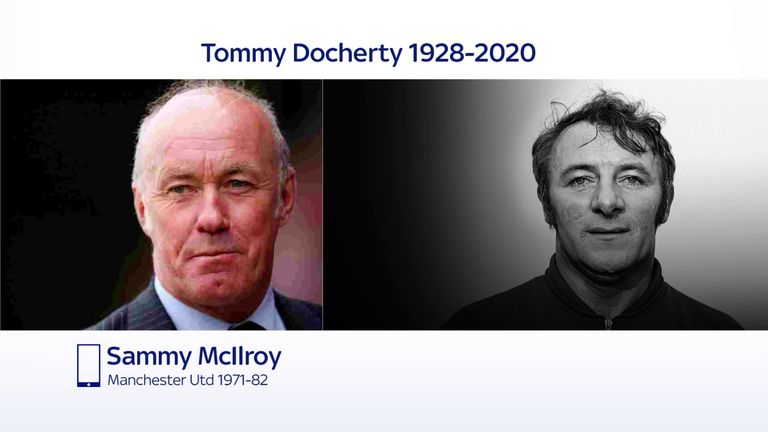 Sammy McIlroy believes Manchester United's successes of the 1970s were all down to Docherty, a man he calls 'an unbelievable bloke'

He told Sky Sports News: "He was an unbelievable bloke. He was very witty, always, always joking, always talking about football. It was a great pleasure at the time to be in his company, around the '70s when I had just broken into the side.

"For about four to five years we were an unbelievable side and that was all down to The Doc. It took him a little bit of time to get what he wanted, but when he got the team, we were very, very attack-minded. The fans loved it at Manchester United. 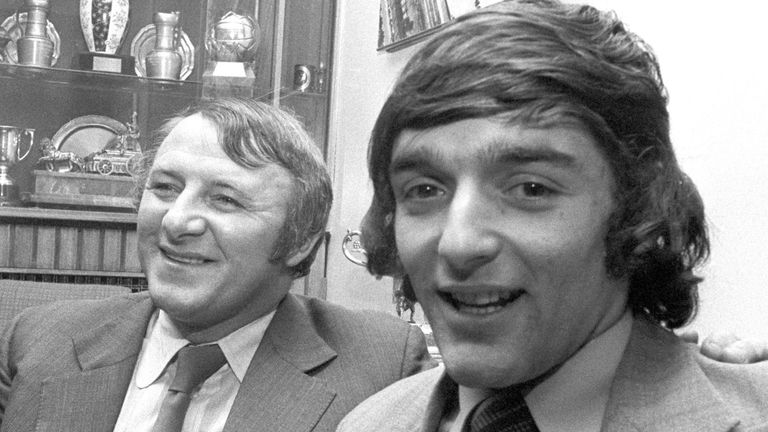 Docherty was larger than life and made the players in the United dressing room believe in themselves, says his former Scotland striker Lou Macari

"[He] played the way Manchester United fans wanted the team to play. It was brought in with the great Sir Matt Busby, with wingers, everyone attacked, everyone defended. If the opposition scored two, we scored three.

"We would never, ever talk about opposition - it was always about how Manchester United want to play. The words he used most in his team talks were 'please the fans, excite the fans'.

"And we did that - that was all down to his way of playing. 100-per-cent commitment, but the main thing was enjoyment and pleasing the fans."