Micah Richards: Tackling Racism in Football is available on Sky Documentaries and NOW TV from Monday at 9pm; former Man City and England defender discusses education over racism, including the power of Colin Kaepernick taking a knee 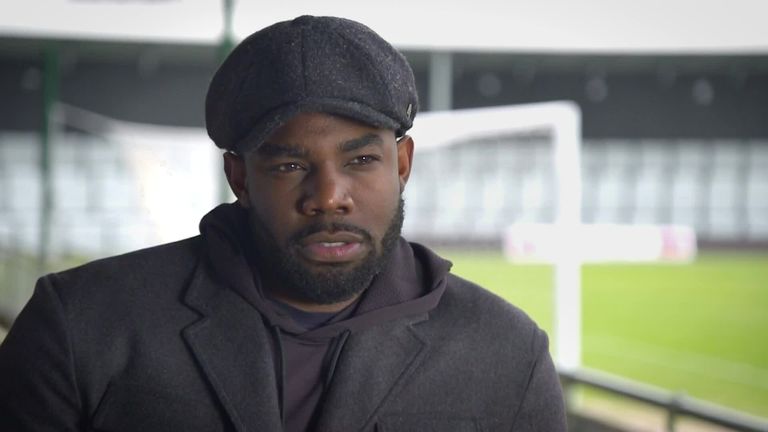 Micah Richards is hoping his documentary about racism in football will help him and the audience understand why such attitudes remain in society and what can be done to resolve this.

The former Manchester City and England defender has made the programme Micah Richards: Tackling Racism in Football, which airs on Sky Documentaries from Monday at 9pm, with the aim of exploring the reasons behind racism and how such attitudes can be changed.

Richards speaks from his own experiences of prejudice, which he says did not start until he began playing competitive sport.

"I've seen documentaries where people want to blame someone but that's not what I want to do - I want to get inside the mind of someone," said Richards.

"I want to know why they think a certain way and then maybe from my experiences see if I can change their way of thought."

"His concern is that six or seven months in, the Black Lives Matter message is getting lost," Graves said. "That is the narrative is moving away from what the real meaning of taking the knee is all about and the problems that people from black and ethnic minority backgrounds are suffering in their day-to-day lives.

"The critical thing is that message can't be lost and it's up to people like him, to us as broadcasters in a position of responsibility to keep sight of that message.

"Then it's about moving on from the symbolic nature of that gesture and what might be done to enact things and make things happen.

"It's all well and good highlighting these issues but if there's nothing proactive or tangible that comes out of it then the conversation hasn't moved on at all."

Micah Richards: Tackling Racism in Football is available on Sky Documentaries and NOW TV from Monday January 25 at 9pm.