Yan Dhanda: Racist abuse affected me more than I thought it would, but I won't be leaving social media

Yan Dhanda was racially abused on Instagram following Swansea's loss to Manchester City last week; the midfielder revealed the messages hit him harder than he thought they would; Dhanda, however, refuses to leave social media, feeling the abuser would then win 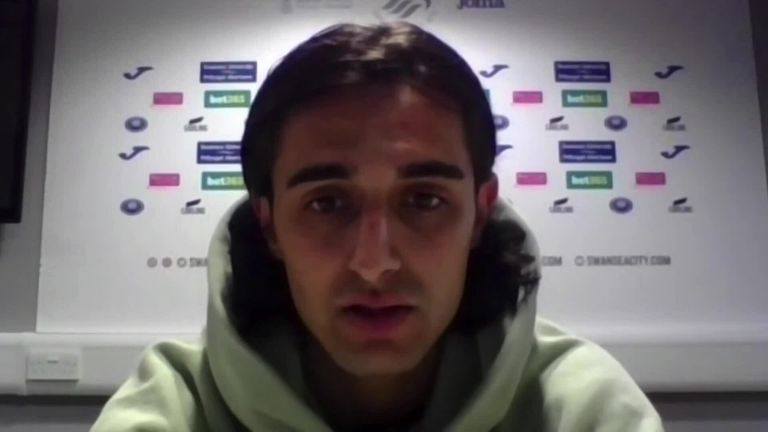 Yan Dhanda admitted the racist abuse he received on Instagram affected him more than he expected, but vowed he will not quit social media.

The incident occurred following Swansea's FA Cup defeat by Manchester City last Wednesday, with the attacking midfielder becoming the latest in a long list of footballers to recently suffer abuse on social media.

Dhanda, who is one of Britain's highest-profile South Asian footballers, has spoken out against what happened, revealing just how much the abuse hurt him and his family.

"I was just shocked initially, I was angry and hurt," Dhanda said. "As the night carried on I didn't really get much sleep and I was thinking about it quite a lot. If someone said to me before the game that I would get racially abused then I would have said it wouldn't affect me and I would just brush it off. When I actually saw them after the game it did affect me more than I expected. 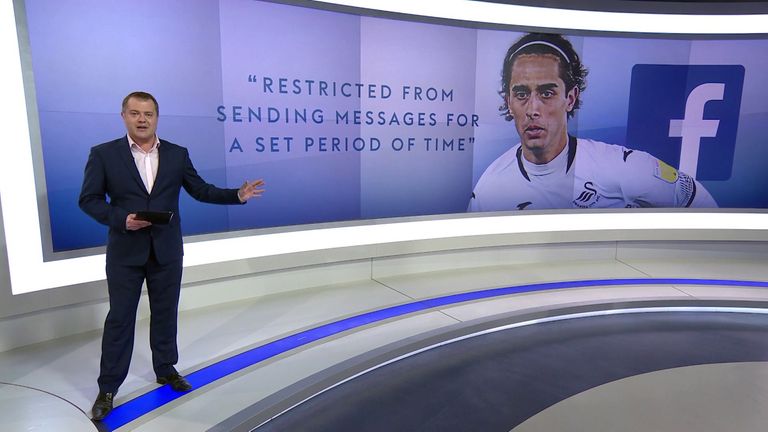 Bryan Swanson explains why Facebook have suspended, rather than banned, the account from which racist abuse was sent to Dhanda

"When I went home I was quiet and the next day at training I wasn't my normal self. I was reserved and a bit shocked and upset still. Obviously now I am still hurt and upset by it, but I have had time to speak to my family about it, and have the support of everyone in my family and at Swansea so I do feel much better."

Facebook said the person who racially abused Dhanda will only be temporarily blocked from sending Instagram messages and will not have their account shut down, adding "we think it's important people have the opportunity to learn from their mistakes".

This stance has angered Dhanda, who feels the culprit has simply got away with it.

"I was more angry than anything [at Facebook's response]," he added. "For the person to be able to send abuse on social media and to then just be banned from sending messages for a short period of time was disgusting really.

The punishment given to the perpetrator actually gives more fuel for hate as now they know for sure there are no firm consequences to their actions online. His dm's may be restricted but the ramifications of his actions continue to ripple through our community...😤😤 https://t.co/1wmC5zB6GF

"If I could sit down with social media companies I would tell them there needs to be some sort of proving of who you are before you sign up to the apps you want to use. To sign up, you show who you really are, whether that be using a passport or credit card, something like that. If you still want to send abuse, be racist and discriminate against others then you can be tracked and your account be banned. You should get one chance to use your identity on these platforms. Until social media companies do this, I cannot see anything changing." 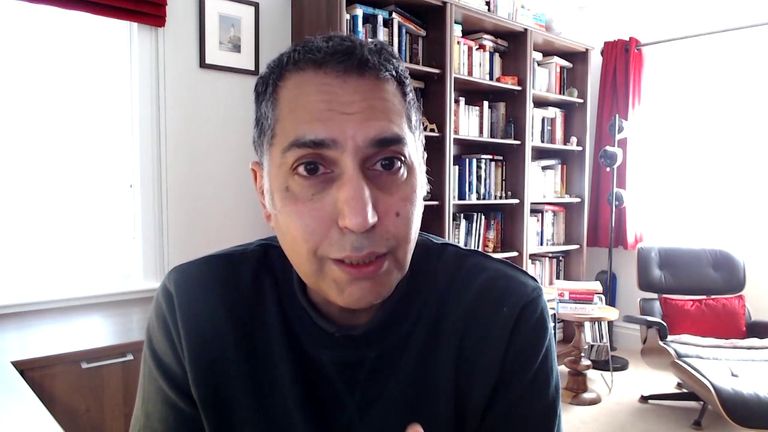 A Facebook company spokesperson said: "We don't want racism and hate on Instagram, and the abuse directed at Yan Dhanda last week was completely unacceptable. We've restricted the person who sent it from sending messages for a set period of time, and we'll remove any new accounts they create to get around this restriction.

"While we believe it's important people have the chance to learn from their mistakes, if they continue to send abusive messages, we'll remove their account permanently. We announced these tougher measures last week, in addition to our safety features that help people manage the comments and messages they see. We know there's more to do and we'll continue to work with the clubs, players and wider industry to collectively tackle this issue."

Numerous footballers and coaches have spoken out about the ongoing problem of racism on social media in recent weeks, with many pointing to that as a reason they do not use or view such platforms.

Dhanda, however, takes a different, defiant stance, and will not let abusers dictate how he lives his life.

"As soon as I would boycott my social media then he or she has won haven't they," he added. "They would have got to me and made me delete it. I wouldn't be able to interact with people who actually like me, who respect me and send me positive messages. 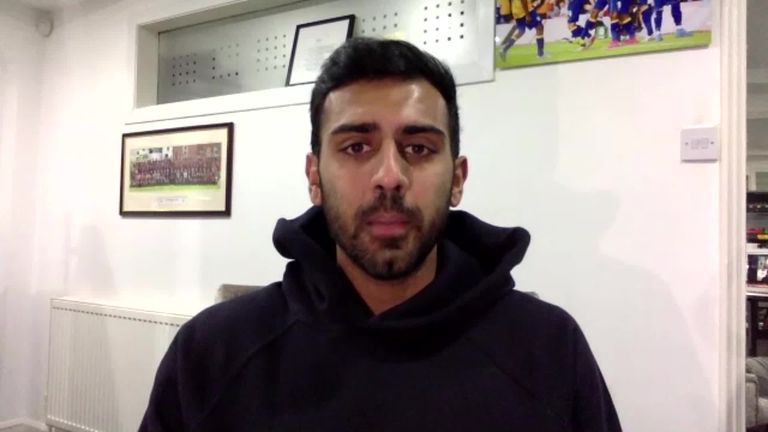 "I cannot delete my social media because the amount of positivity I get from my own social media would be a real shame to lose. The ratio of positive messages I receive compared to negative ones is massive, I cannot let this one person win and let me suffer by not being able to interact not just with Swansea fans or football fans or Indians who are proud of me, but I interact with my own friends on social media, my family on social media.

'Social can no longer be a Wild West'

Birmingham-born Dhanda is a product of the West Brom academy, and his father is Sikh-Punjabi.

She told Sky Sports News: "Yan Dhanda has been a trailblazer for South Asians in football. I want to see more South Asians at the top of their game, but if that's to happen we need to deal with the appalling racism they face. 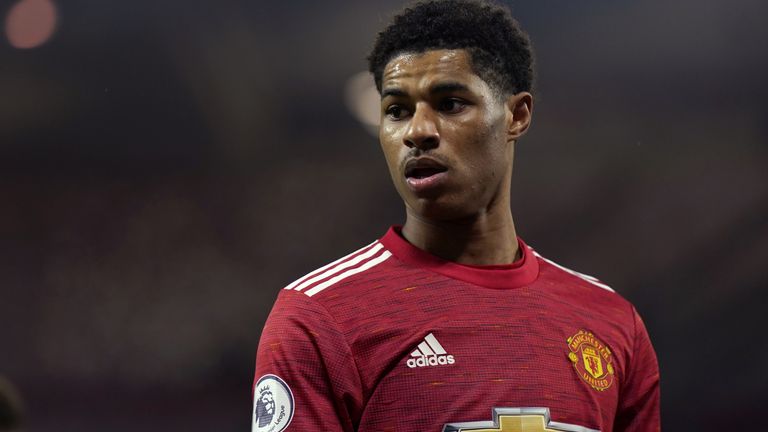 Speaking at the Financial Times’ Business of Football Summit, Marcus Rashford said social media can be a force for good when used in the right ways and he wants more of the positive stories highlighted

"It's great that more football players are speaking up and calling out the abuse they face, but it shouldn't have had to take celebrity campaigns for this issue to be taken seriously.

"Football players like Yan Dhanda and Marcus Rashford are incredible role models, and the abuse they face just because of the colour of their skin is abhorrent. The FA, social media giants and the Government all have a responsibility to protect players.

"For years now social media has been a Wild West where anything goes, and that has to change. The tech giants have summarily failed to act when it has been left to them, which is why we need strong powers and penalties in the Online Harms Bill."