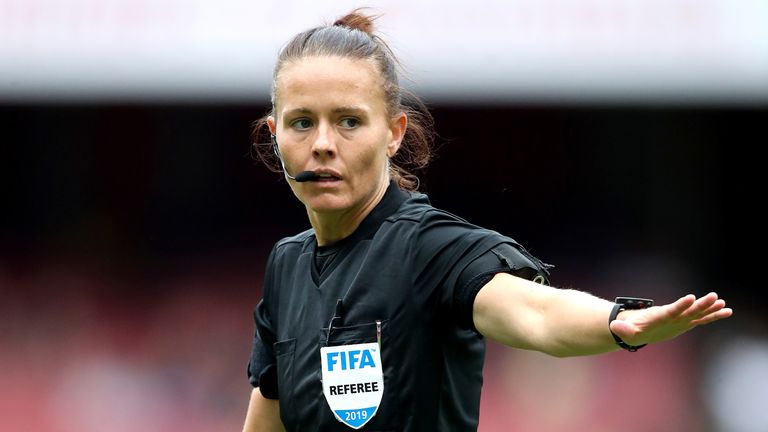 Rebecca Welch has become the first female referee to be appointed to a game in the English Football League, it has been announced.

The highest-ranking female referee in English football will take charge of the League Two clash between Harrogate Town and Port Vale on Monday.

Welch has been selected after an ongoing review of her performances this season and her appointment has been approved by referee chiefs Mike Riley and Mike Jones.

In 2010, Amy Fearn became the first woman to referee an EFL game as a second-half replacement for injured referee Tony Bates in Coventry's game against Nottingham Forest in the Championship.

Welch is the first female to be appointed to a match as an EFL referee.

"I'm still trying to let it sink in," Welch told Sky Sports News. "I got the news on Saturday and haven't come back down to earth yet. I'm very fortunate to have been given this opportunity and I'm really excited about it.

"My dad is probably my biggest fan, so he's over the moon. My mum doesn't know a lot about football. She's excited, but I don't think she knows why! They're really proud.

"It's not something I thought that, when I decided to be a referee 11 years ago, I would be in the Football League doing a game. That didn't even register on my radar.

"It seems to have been a whirlwind over the past 11 years and now we're a week away from one of the biggest games of my career.

Welch, who was recently promoted to UEFA's elite category of officials, has refereed in the National League for the past three seasons and has taken charge of the Women's FA Cup final at Wembley.

She has praised the support and influence of Sian Massey-Ellis, an assistant referee in the Premier League.

She said: "Sian's an absolute icon in refereeing and has paved the way for females, not just in England but all over Europe, to think about taking up the whistle. To have her around a dressing room, as one of my friends, is really important. The experience that Sian has is invaluable.

"I've grown so much as a person, being around the professional football environment, and learning from things I do wrong, something I probably didn't do as much of before I was a referee. I've got a big support network, and nobody understands you better than another referee. But it's really important to have a support network not connected to football too." 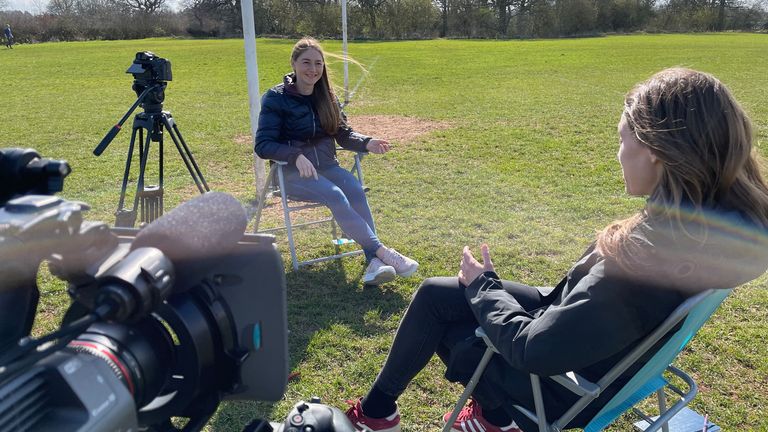 Welch acknowledges her role as a "trailblazer" in the game and believes there will be a female referee in the Premier League.

"We'll get Monday out of the way. I don't really try to focus too much on the future, I always take one game at a time. In the men's game, my next promotion would be the Football League. If I finish in the top one or two per cent at the end of the season, I put myself in a position to be selected. I've got to keep on performing, achieving those marks, to get those rewards.

"Internationally, in the women's game, we're working really hard towards major competitions - the European Championships next year and World Cup in 2023. That's always something we're striving towards on a daily occurrence."

Welch says she wants her officiating to go unnoticed in the EFL and has been fortunate not to have received abuse, including sexism, throughout her career.

"A good game on Monday is, by 10 to five (o'clock), they're talking about the game and not about the ref," she laughs. "[I like] the games when nobody remembers who the ref is.

"I've received criticism for my refereeing, and that's part of football. But I've gone through the men's pathway and I've never experienced anything like that (abuse) because I'm a female referee.

"I'm aware that not everybody is as fortunate as me and I'm aware it does happy. We need to keep on educating people, about how it makes that person feel. I've been very lucky that I turn up and they don't see me as a female referee, they just say, 'Rebecca's here and she's the ref today' so that's quite nice.

"When I first started to go to clubs, people used to look twice because they just weren't used to seeing a female being a referee. That's not a bad thing, it's just, especially in the North East of England, there were very few. It used to spark conversations about how I got into it, but all being very positive.

"Twenty minutes into one game, somebody sat in the stand next to my dad didn't even realise the ref was a female. That just shows how people don't really take that much notice of it, and that's a massive positive for me."