WSL to launch Hall of Fame as part of celebrations to mark 10-year anniversary; first inductees to be selected by expert panel ahead of 2021-22 season; Women's Super League went fully professional in 2018

The Football Association has announced it is launching a Women's Super League Hall of Fame as it celebrates the competition's 10-year anniversary.

An expert panel is to create a shortlist of nominees and there will be an announcement on the first inductees ahead of the 2021-22 season, the FA said.

Tuesday marks 10 years to the day since the league's first match, a 1-0 victory for Arsenal over Chelsea, secured by a Gilly Flaherty goal, in front of 2,510 fans at Tooting and Mitcham FC.

The subsequent journey of growth the WSL has been on included a record crowd of 38,262 attending Arsenal's 2-0 win at Tottenham.

Having been an eight-team, semi-professional structure in 2011, the league, which now has 12 clubs, went fully professional in 2018, with Barclays - also sponsors of the Hall of Fame - becoming its title sponsor ahead of last term.

Last month the FA announced a new broadcast deal that will see WSL matches shown on Sky Sports and BBC One and Two over the next three campaigns, while clubs in the division - and in the Women's Championship - will receive a proportion of revenue.

Kelly Simmons, the FA's director of the women's professional game, who will chair the panel creating the Hall of Fame nominees shortlist, said: "I think it should be a source of pride, where we've got to, for everybody who's made that happen.

"Certainly I think since the (2019) Women's World Cup particularly, the development of the WSL has absolutely turbo-charged.

"We saw Barclays come on board, probably the biggest investment by a brand in women's team sport. We saw record attendances pre-Covid, and we can't wait to have fans back next season to continue to build on the great work by the clubs to really embrace and engage fans. 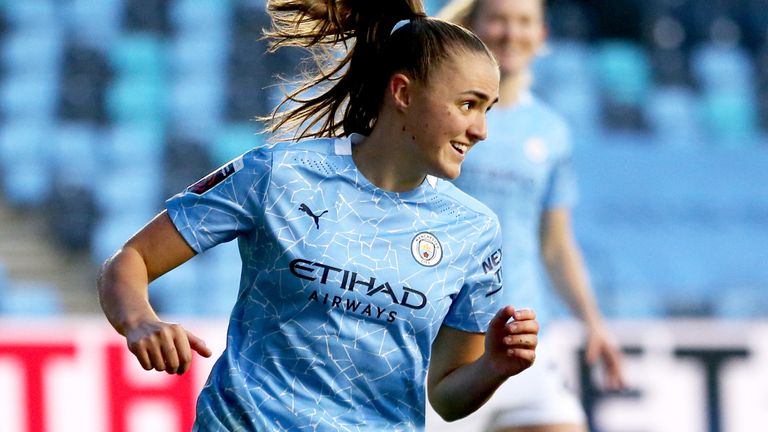 "And I think without doubt, we have seen the quality of the product grow hugely, and we've been able to attract some of the world's best players alongside our best English talent, which has made it fantastic to watch and fantastic for those fans.

"A couple of weeks ago we announced what is a landmark deal, without doubt I think, for women's sport and women's football with our new partnership with Sky and the BBC. So I think there is an awful lot to be proud of.

"That said, the work does not stop here, we've got lots to do. We are aligned with the clubs on an ambition - we want it to be the best women's football league in the world."