Match report and free highlights as Sadio Mane and Thiago give Liverpool a vital three points in an open affair at Anfield; Liverpool are six points off fourth-place Leicester, with a game in hand and four to play, with Chelsea a point further ahead in third 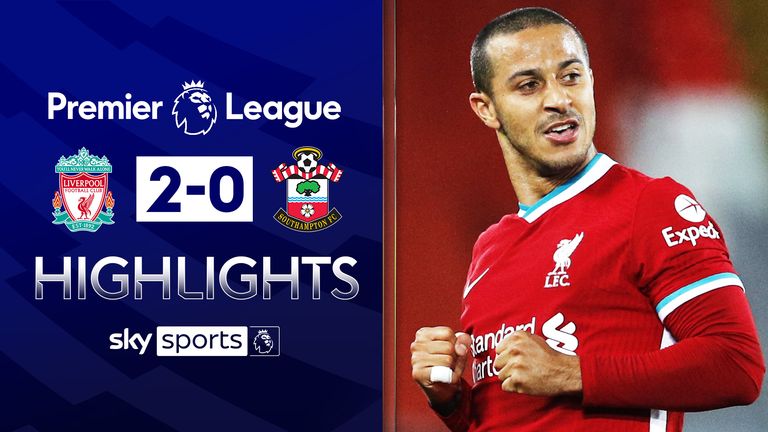 Thiago scored his first goal for Liverpool as they kept their top-four hopes alive with a 2-0 win over Southampton at Anfield.

Both sides had clear chances in an open first half, but Liverpool got the opener as Sadio Mane rose above Kyle Walker-Peters to convert Mohamed Salah's cross from six yards (31), the first time the duo had combined for a Premier League goal this season.

Alisson was on hand to deny Saints on several occasions in both halves, while also nearly handing them a leveller on a plate with a poor pass out in the second, gratefully gathering Che Adams' weak shot, before summer signing Thiago struck with a fine low effort from outside the box into the bottom right corner (90).

The weekend had offered mixed results in Liverpool's quest for the top four, with Leicester and Spurs beaten, but Chelsea winning late at Manchester City just before this vital win. It leaves Liverpool six points off fourth-place Leicester, with a game in hand and four to play, with Chelsea a point further ahead in third.

Southampton are 16th and not yet mathematically safe having won just twice in 17 games, but sit 10 points off the drop zone with 12 points to play for.

How Liverpool fought past Saints for significant win

Both sides were eager to attack in the first half; Salah was denied by Fraser Forster at an angle, with Mane in a better position, before the Southampton goalkeeper was then forced into stops from Diogo Jota's fierce effort and Salah's curling shot inside the box.

📊 Liverpool’s win this evening is their 3rd in 12 PL games this season against the current bottom 7 - also won both fixtures v Sheffield Utd pic.twitter.com/JoxIMAkpVt

Forster was beaten by Gini Wijnaldum's header from a Trent Alexander-Arnold corner, the crossbar coming to his rescue, and at the other end goalkeeper Alisson stood tall to deny Adams a sure goal as Saints broke at speed, feasting on Liverpool's high defensive line.

But 45 seconds later, Liverpool were ahead. Found by Fabinho on the right, Salah weighted a lovely ball into Mane at the back post, outmuscling his marker Walker-Peters and heading past Forster, who chose not to come out and claim the ball.

Salah nearly had a second moments later, blocked out after trying to round Forster, and Saints should have levelled just before the break as Nathan Tella's header from Nathan Redmond's cross fell into the grateful hands of Alisson.

Jota stung the hands of Forster early in the second half from a tight angle, while Nat Phillips then had a much clearer sight at goal, miscuing his ummarked header from Alexander-Arnold's brilliant cross.

Michael Obafemi, just moments after coming on, nearly grabbed a leveller as he was played through by Tella, catching Rhys Williams flat-footed, but Alisson rushed out to block again.

Diallo, another substitute, forced Alisson to tip over from a half volley as Liverpool survived some pressure, with the hosts caught in-between pushing for a second and defending against a pushy Saints side.

Alisson, who had been the scourge of Saints, then nearly gifted them a goal as his loose pass out fell to the feet of Adams, only for his weak effort to fall straight back into the Brazil goalkeeper's arms.

Liverpool made two changes from the side that drew 1-1 with Newcastle as Ozan Kabak missed out and Roberto Firmino dropped to the bench, with young defenders Rhys Williams and Nat Phillips coming in.

Southampton made two changes; Liverpool loanee Takumi Minamino was ineligible against his employers, so Theo Walcott came in, while goalkeeper Fraser Forster came in for Alex McCarthy.

But Thiago, criticised for mixed form since joining from Bayern Munich last summer, showed his class with a low finish from 20 yards in the final minute, wrapping up a significant victory. 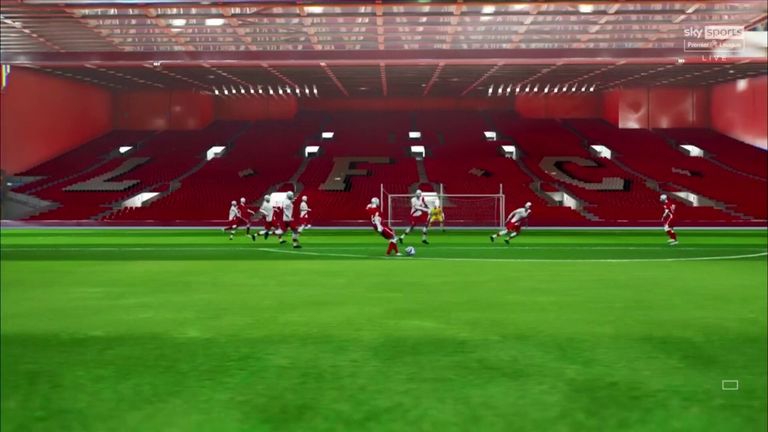 Micah Richards and Jamie Redknapp take a look at Thiago's first goal for Liverpool from a unique on pitch perspective.

While not being a mathematical must-win, Liverpool would have felt the pressure at kick-off to keep themselves in the race for the Champions League spots, a bare minimum expectation at the start of what has been a testing campaign for the champions. 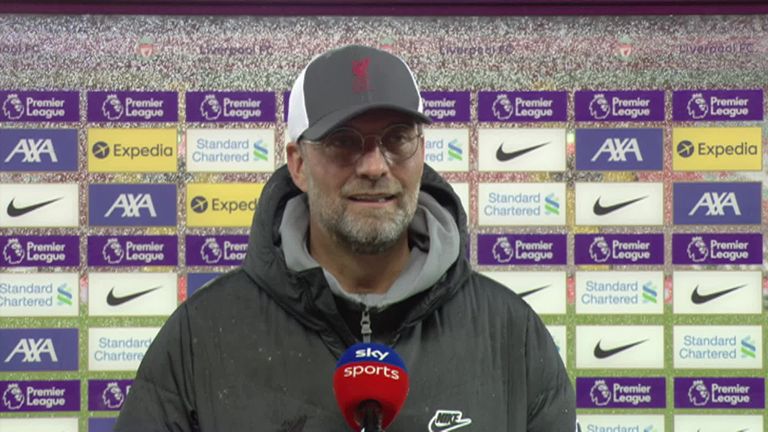 Jurgen Klopp believes his Liverpool side can secure a Champions League spot if they win all their remaining games this season.

Liverpool boss Jurgen Klopp: "It was good, a tough game, we knew that before and we had to work hard, and we did that. Yes, they had their moments in counter-attacking situations, where it was tricky for us.

"They don't give up, they go and go and go. We had good moments, I liked our switches, they were really brave.

I thought we controlled it better tonight. It was really hard for Southampton, and hard for us as well. We had to be really careful. We won the game, and that's all that counts."

On Mane and Thiago scoring: "Very important. If you'd asked me I'd love everyone to score, but probably these are two who needed it most." 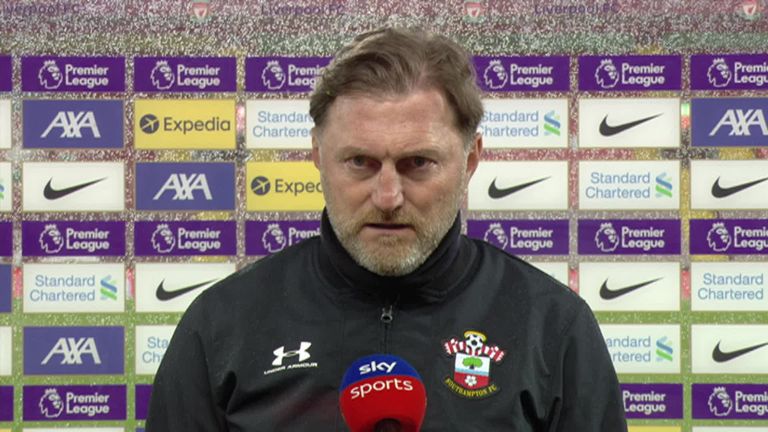 Ralph Hasenhüttl says his Southampton side were not clinical enough in front of goal in their 2-0 defeat to Liverpool.

Southampton boss Ralph Hasenhuttl: "I think we had maybe the bigger chances today. But we couldn't score, and you cannot win. This was the difference today. We showed some good, brave football today, kept the game open.

"When you don't take the chances, it's difficult. We really played well, and to create so many chances against Liverpool is not normal. It was a good balance in the game, we tried to be brave today."