Derby could be deducted points after EFL wins appeal over breaches of FFP rules; Panel concludes Disciplinary Commission was wrong to dismiss accountancy evidence; Derby: "The Club accepts but is disappointed with the LAP’s conclusion on the one ground that the EFL succeeded on."

Derby face the possibility of being deducted points after the EFL won its appeal over the club's breaching of Financial Fair Play rules.

The EFL is pushing for any sanctions against Derby - who narrowly avoided relegation to League One on the final day of the Championship season - to be determined as soon as possible after finding the club in breach of profit and sustainability regulations.

It is not yet clear whether any punishment would be applied to this season or next as the EFL said there was "no definitive timescale" for proceedings.

An independent league arbitration panel concluded a disciplinary commission was wrong to dismiss the EFL's expert accountancy evidence which stated the club's valuation of player registrations was contrary to standard accounting rules.

The original disciplinary commission had already concluded the club did not adequately disclose in its financial statements the nature and/or effect of its change in accounting policy and there has been no appeal against that decision.

Derby and the EFL will now have the opportunity to make submissions on the appropriate sanction arising out of those breaches.

The EFL said: "Despite media speculation, there are no definitive timescale for a determination on sanction though the League will press for a decision as soon as reasonably possible and will provide a further update at the appropriate time."

The success of the appeal hinged on the fact the panel determined Derby's policy was not in accordance with accounting standard FRS102 because it failed to accurately reflect the manner in which the club takes the benefit of player registrations over the lifetime of a player's contract. 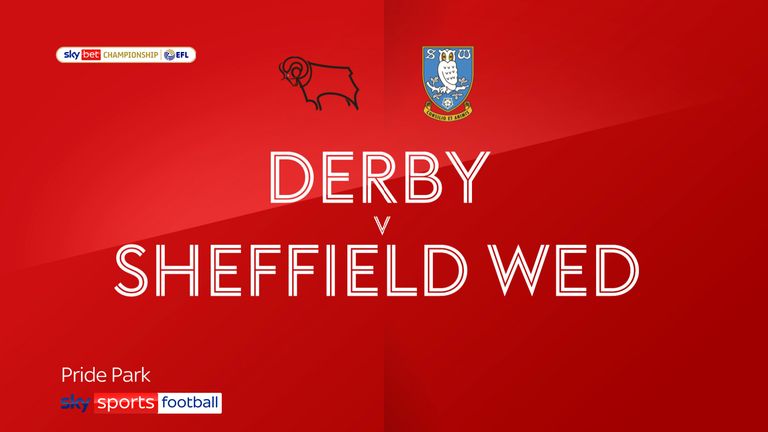 Highlights of the Sky Bet Championship match between Derby County and Sheffield Wednesday.

Derby, who avoided relegation from the Sky Bet Championship by a point on Sunday, said they were disappointed with the decision.

"The club accepts but is disappointed with the LAP's conclusion on the one ground that the EFL succeeded on," said a statement.

"The club and the EFL have agreed that the matter shall now be remitted back to the original DC (disciplinary commission) who can determine what, if any, consequences arise from the partial success of the EFL's amortisation charge, and the club is therefore currently unable to comment further."