Stephen Kenny dismayed Prime Minister Boris Johnson and Home Secretary Priti Patel refused to condemn actions of certain England supporters booing players taking a knee; Republic of Ireland players were themselves booed by the crowd ahead of a friendly against Hungary in June

Republic of Ireland manager Stephen Kenny has called for "leadership from the highest levels of government" over the scourge of racism in football.

Kenny was dismayed by the booing from some England supporters as their team took the knee before their Euro 2020 fixtures, and by the refusal of Prime Minister Boris Johnson and Home Secretary Priti Patel to condemn their actions.

Speaking on RTE Radio, the Ireland boss said: "It was strange, and particularly (as) it came from Government level as well where Priti Patel actually backed the people who booed."

Kenny's own players were booed by the crowd at the Szusza Ferenc Stadium in Budapest ahead of their friendly clash with Hungary in June, and hard-line nationalist Hungarian Prime Minister Viktor Orban later accused them of "provocation". 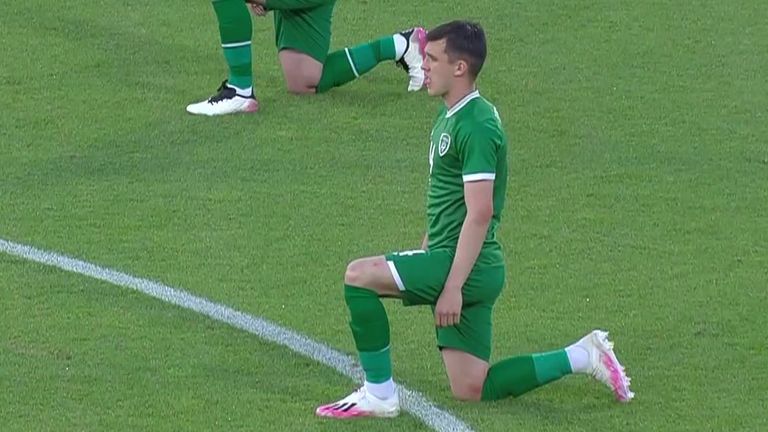 The Republic of Ireland's players were booed and jeered by some Hungary fans as they took a knee before kick-off in their friendly in Budapest.

However, the Republic manager dismissed Johnson's assertion that the stance taken by the England players was simply a gesture.

He said: "I don't agree with that. We had that ourselves in Hungary, where the players took the knee and of course they were booed in Budapest, and the Prime Minister actually backed their stance, and I don't get that.

"There needs to be leadership from the highest levels of government." 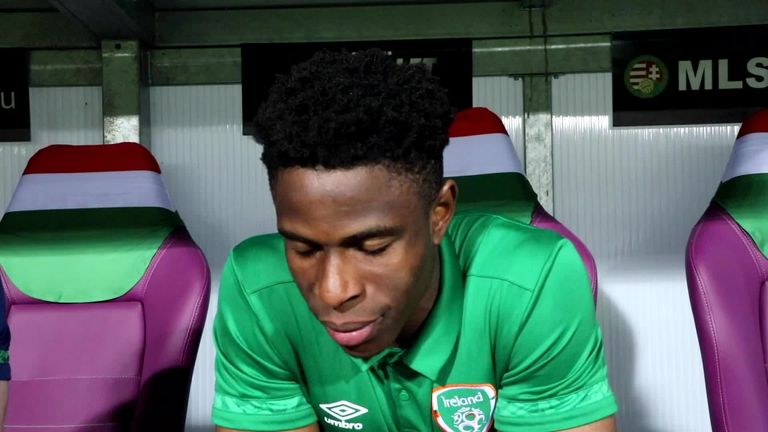 Republic of Ireland's Chiedozie Ogbene, Shane Duffy, and Adam Idah react to being booed for taking a knee on Tuesday by a section of Hungary fans.

"I don't see it as a political gesture, I think it's humanitarian. If they want to do it, I'm completely behind that."

Kenny's comments come as investigations continue into the racial abuse Marcus Rashford, Jadon Sancho and Bukayo Saka suffered on social media after missing from the penalty spot in the shoot-out which condemned England to defeat by Italy in the final.

Ireland's Derry-born James McClean and Shane Duffy in particular have been targeted online and their international manager acknowledges that is a significant problem, but is perhaps even more concerned by the overt racism
sometimes on display in stadiums across Europe.

Kenny said: "You tell them not to go onto social media, not to engage in it. But of course they do - that's only natural - and it's very difficult for them to deal with, but they have to become immune to it.

"But you can never be immune to it, you just do your utmost to sort of block it out.

"Some of the stuff in the stadiums in Europe, to me, that's even worse. UEFA have a big job stopping racial abuse in stadiums throughout Europe.

"To me, that's really up-front and in your face and blatant. Someone can hide behind a pseudonym on social media, but in stadiums throughout Europe there should be greater sanctions to countries or clubs."