A change of ownership can bring hope back to St James' Park after it was lost during the Mike Ashley era, according to Sky Sports pundits Gary Neville and Jamie Carragher 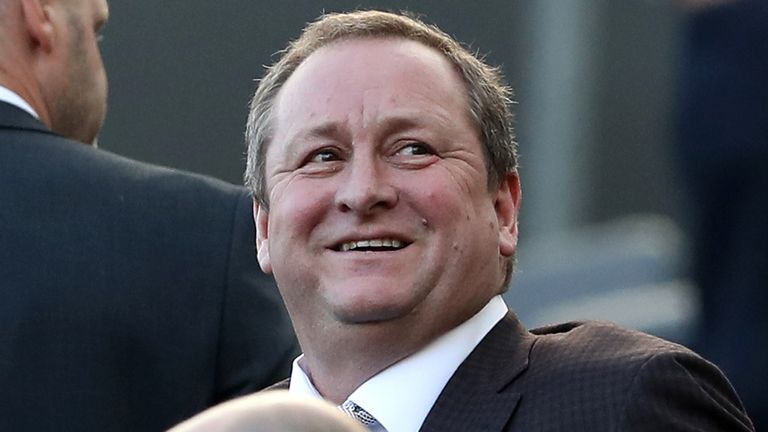 Gary Neville urged Mike Ashley to sell Newcastle for the good of the club in September, while Jamie Carragher said stories from the training ground being leaked to the media were a disgrace

Mike Ashley’s 14-year tenure as Newcastle owner is finally coming to an end.

The 57-year-old retail entrepreneur, who has an estimated net worth of £2.7bn, according to the Sunday Times Rich List, purchased the club for £135m in 2007 and became increasingly unpopular with fans due to a lack of ambition and direction.

Newcastle were title contenders at the start of the Premier League era and two-time top-four finishers under Sir Bobby Robson in the early noughties but suffered relegation twice under Ashley and only finished in the top half of the table once.

They currently sit 19th having only taken three points from their opening seven games of the campaign. They are yet to win a game in any competition and have a goal difference of minus eight in the Premier League.

"Newcastle fans have become accustomed to average, to poor, and accepting it," said Gary Neville, speaking on Sky Sports ahead of last month's meeting with Leeds United.

"It's really depressing hearing fans who are passionate about the club, love the city, but haven't got the one thing that all fans need: hope. You have to have hope, and Newcastle haven't had it."

There was some respite for supporters during Rafael Benitez's managerial reign but Steve Bruce was an unpopular choice of replacement and the atmosphere has long turned toxic.

"Newcastle fans are right down in the depths with the ownership and spirit in the club," added Neville.

"Steve Bruce isn't for them, through no fault of his own, and Mike Ashley has appointed Steve Bruce knowing that, which makes it even more unpopular.

"But I've said this for years and l am going to repeat myself: it is desperate when you saw this club like l did in the 1990s, coming up here for title fights, the atmosphere was special.

"To see it now and the last few years is, in football terms, depressing." Jamie Carragher added: "It all boils down to the owner.

"Fans up and down the country don't like their managers or the direction their clubs are going in, but the reason I feel sorry for Newcastle supporters is that this has gone on for 14 years. It's an unbelievable amount of time.

"Newcastle fans don't expect to win trophies, but they just want the hope that something might happen one day. With the current structure of the club, they have no hope at all."

Carragher and Neville hope that, as well as appeasing fans, a change of ownership will end internal conflicts which have seen players and staff briefing against each other in the press.

"What l read this morning in a newspaper article, which is obviously coming from some of the players in the dressing room on the morning of a game as big as this, was an absolute disgrace," added Carragher last month.

"Steve Bruce will get the criticism…but some of these people need to look at themselves. That's not just in terms of performance, that's in terms of feeding stories about the manager. That is not right. It is a disgrace." 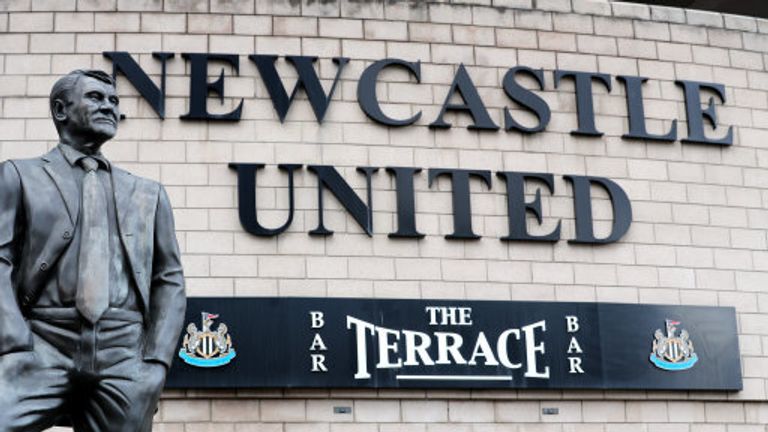 Neville hopes Newcastle will be able to break out of what he terms a "cycle of negativity".

"If you are a footballer knowing you are a mistake away from it being a poor atmosphere, you are going to protect yourself," he said.

"That means you are potentially going to get leaks coming out of the club, with players and agents protecting themselves, and it is a cycle of negativity.

"It's easy to say 'drop the price a bit', but he has got a lot of money and it is not going to change his life if he loses a bit of money.

"There is real damage being done now over a long period of time."