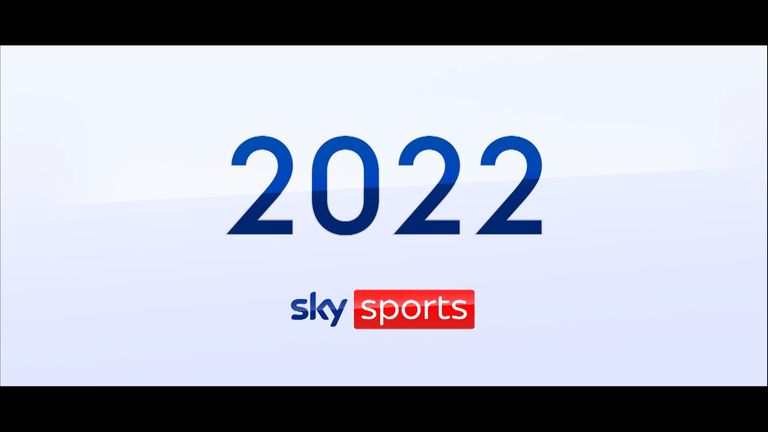 Take a look at all the sporting action we're going to bring you in the next twelve months!

2022 on Sky Sports promises to be an unmissable year of action-packed live drama.

Following an epic climax to the F1 season in Abu Dhabi, sparks will fly as the rivalry between Lewis and Max grows.

On the green we'll have the men's and women's golf majors, including the 150th Open at St. Andrews, which is set to be as wide open as ever.

The dramatic 2021/22 Premier League season will continue with what's becoming a three-legged title race and a hard fought fight for the fourth spot.

All this plus an epic year across Women's Super League, EFL, Scottish Premiership, International Cricket & The Hundred, Boxing, NFL, NBA, Netball and Darts makes Sky Sports the best place to watch all of the action live.

Watch our 2022 on Sky Sports advert to get yourself ready for an incredible year. It's only live once...