Ryan Yates scored in the fifth minute of second-half stoppage time to seal a dramatic - and deserved - point for Nottingham Forest in a 1-1 draw with Sheffield United.

Despite being on top for extended spells, Brennan Johnson had a penalty saved by Blades goalkeeper Wes Foderingham just past the half-hour, before the hosts took the lead against the run of play when Billy Sharp headed in his 14th goal of the season.

However, in the closing stages, Forest won a corner on the right-hand side, with Yates leaping to head in his side's eighth stoppage-time goal of the season. 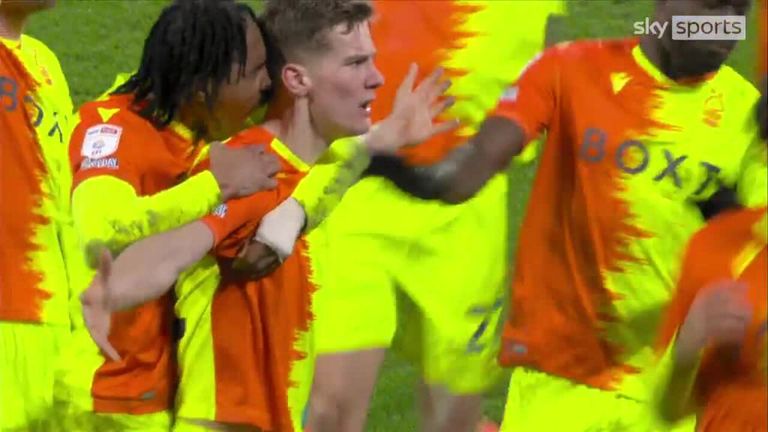 The draw means Sheffield United move back into the top six, level on points with seventh-placed Luton, who face Middlesbrough on Saturday, while Forest now sit eighth, two points further back. 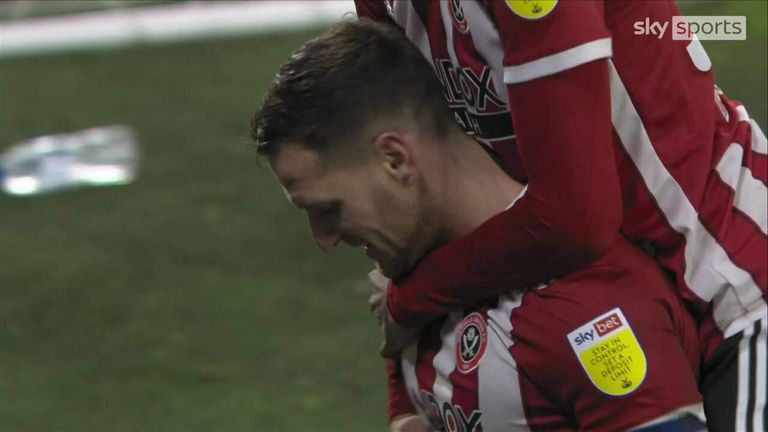 Against the run of play, Billy Sharp gives Sheffield Utd a 1-0 lead against Nottingham Forest

From the start, Forest made no bones about the fact they were out to attack. Johnson forced a save from Foderingham inside 60 seconds, with Keinan Davis then leaping to head just past the far post from James Garner's resulting corner to set up a high-octane start at Bramall Lane.

Midway through the first half, Forest were denied a penalty when full debutant Femi Seriki's blatant tug on Davis' shirt in the box went unpunished by referee Josh Smith.

But it was not long before a spot-kick was awarded to the visitors after Djed Spence went to ground following a tussle with Rhys Norrington-Davies. Johnson confidently stepped up, but his sidefooted delivery was straight at Foderingham, who barely had to move to make a routine save.

The hosts were unable to ask questions of their opponents, but Forest passed up another opening when Steve Cook's powerful header came back off the crossbar, and, with 21 minutes to play, they were made to rue missed chances.

Morgan Gibbs-White drifted over to the left flank and delivered the most inviting cross to the far post, where Sharp got ahead of Spence and leapt like a salmon to head into the opposite corner of the net.

As the Blades tried to add another to make the result safe, Forest 'keeper Ethan Horvath saved well from Sharp and Ben Davies and later from substitute Daniel Jebbison. But there was one final sting in the tail.

Garner's late corner - one of 12 won by Forest throughout the game - was met by Yates, who directed the ball home in the final moments to earn his side a richly-deserved point.

Man of the match - Keinan Davis

The on-loan Aston Villa striker has impressed since joining in January, with two Championship goals and one assist in his nine games so far. His presence again caused problems for the Blades' defence and he could have added another had he been a little more clinical in the box.

Analysis: Should Forest have had another penalty?

Sky Sports EFL pundits Jobi McAnuff and Michael Dawson debated whether or not Nottingham Forest should have been awarded a penalty prior to Johnson's spot-kick, which was saved by Foderingham... 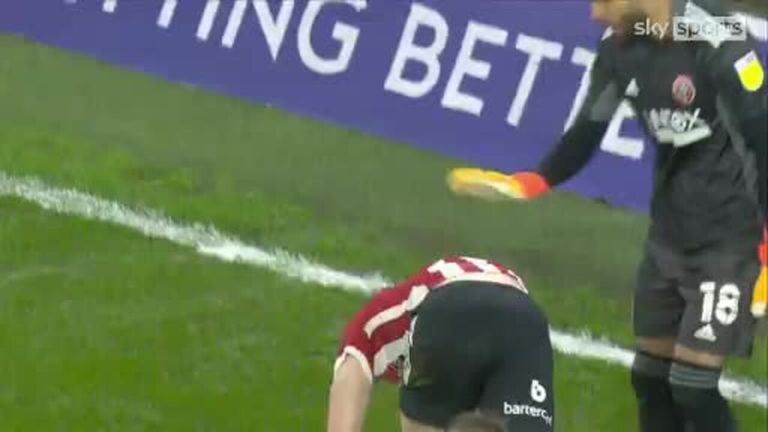 Nottingham Forest could and maybe should have had two penalties, following a shirt-pull in the box, but it was seemingly missed by the officials 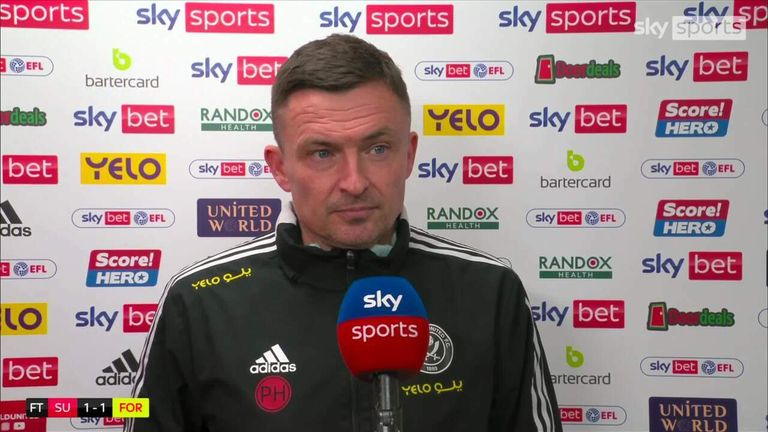 Sheffield United's Paul Heckingbottom: "It is a 1-1 draw, but the nature of the goal and when it comes means you've got one team high as a kite celebrating and one team flat on the floor. But it's a point and that's what I've said to the players in there. 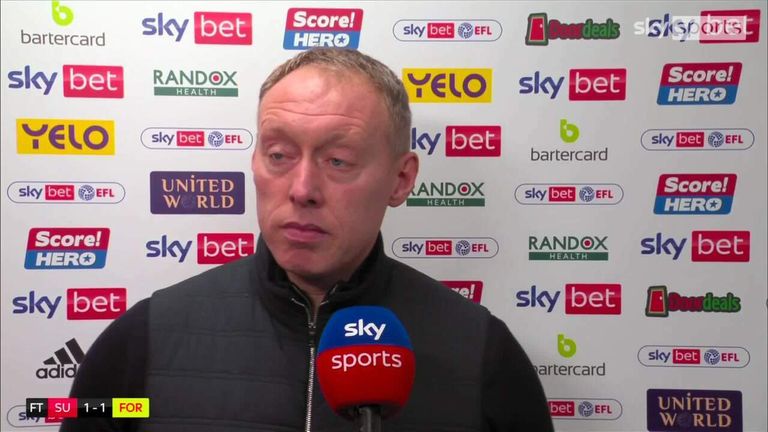 Nottingham Forest's Steve Cooper: "It's really important we got the equaliser - it's the least we deserved - but the real focus should be on the performance tonight. We were brilliant, much the superior team and should have won the game comfortably. But I have no complaints with the players, they worked from the first to last minute and were excellent. We had loads of young players playing with a real identity and a real confidence.

"Djed's was a clear penalty, but that [the penalty that was not given] is even more of a penalty. The young lad making his debut has made a bit of a naive decision and he has got away with it. You expect a little bit better."

Nottingham Forest are next in action at 7.30pm on Monday, March 7 when they host Huddersfield in the FA Cup fifth round, while Sheffield United host Middlesbrough in the Championship at 7.45pm on Tuesday, March 8, in a game live on Sky Sports Football Red Button.