Pep Guardiola targeted with coins in the aftermath of Phil Foden's disallowed goal; Erling Haaland penalised for a foul on Fabinho in the build-up; Mohamed Salah scores winner in a fiery Premier League clash on Super Sunday as City say team bus attacked after leaving Anfield 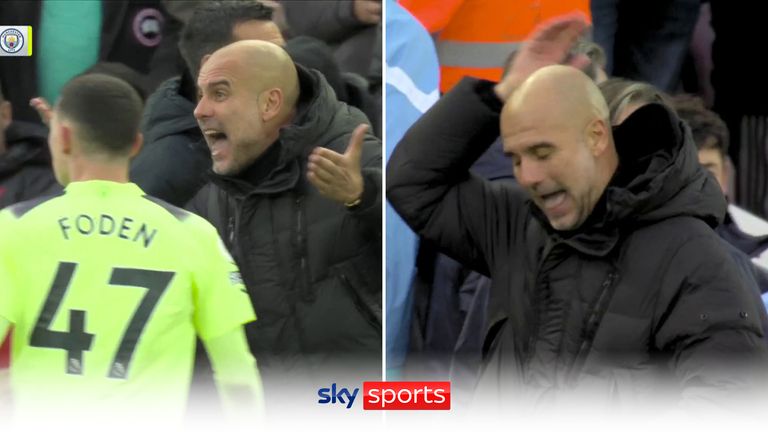 Pep Guardiola has confirmed coins were thrown towards him from the crowd during Manchester City's defeat at Liverpool on Sunday, while the Reds condemned "vile chants" from the away end.

The instances occurred during the second half of a fiery Premier League contest at Anfield, soon after City had a Phil Foden goal controversially disallowed.

The strike would have given City the lead but they eventually went on to lose 1-0 to a Mohamed Salah goal.

Speaking about the matter in his post-match press conference, Guardiola said sarcastically: "Next time we will do it better. It didn't get me. They try it again next year." 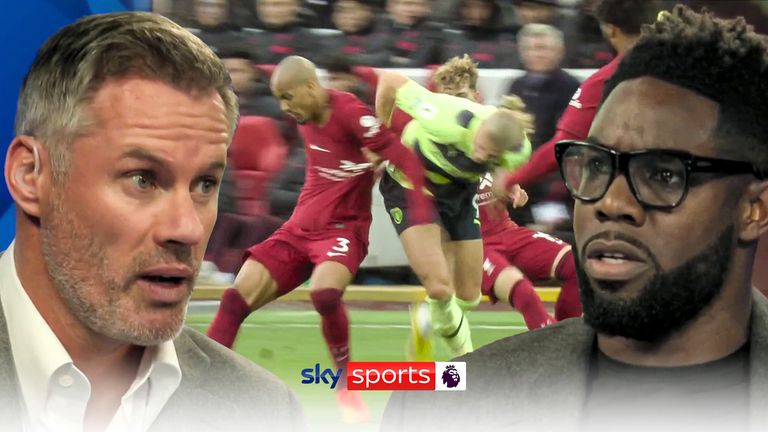 Micah Richards, Roy Keane and Jamie Carragher debate whether or not Phil Foden's goal, which was overturned by VAR after Erling Haaland was deemed to have fouled Fabinho, was correct

Reflecting further on the latest incident, Guardiola said: "All these coins, they tried, but didn't get it. They got the coach years ago."

Opposite number Jurgen Klopp had not been aware of the matter but apologised on behalf of the home club.

He said: "Oh, horrible. I am sorry. I apologise for that. I had no idea about it. It never should happen, never."

In a statement released by the club, Liverpool said: "We are aware of an incident involving objects being thrown into the technical area at today's game. This is totally unacceptable behaviour and not the standards of behaviour we expect at Anfield. This incident will be fully investigated using CCTV and those found guilty will be punished, including a lifetime ban from Anfield Stadium and a possible football banning order."

Merseyside Police confirmed on Monday that they were aware of the incidents and were "working with both clubs to identify and bring to justice anyone found responsible for committing offensive and disorderly behaviour."

City said on Monday their team bus was attacked after leaving Anfield after their game the 1-0 loss to Liverpool.

The club said the damage to their team bus was caused by an object being thrown.

It is not the first time there has been issues around the team bus around games against Liverpool at Anfield, with the rivalry between the two clubs having grown considerably in recent years.

In 2018, City's team bus was pelted with bottles and other objects as it arrived at the Merseyside ground for a Champions League encounter.

Merseyside Police said: "We have also been made aware of an allegation that a Manchester City team coach was damaged. However no incidents have been reported to us or that items were thrown at the coaches and we are now working with MCFC to establish the circumstances of what happened and the allegation that damage was caused." 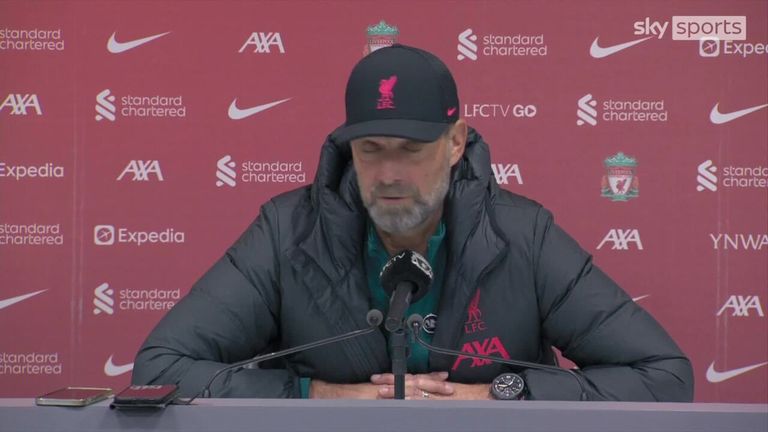 Liverpool 'deeply disappointed' by 'vile chants' from away end

Liverpool also released another statement, condemning 'vile chants' from the away end. Merseyside Police later confirmed that offensive graffiti had been sprayed in the away section.

It read: "We are deeply disappointed to hear vile chants relating to football stadium tragedies from the away section during today's game at Anfield. The concourse in the away section was also vandalised with graffiti of a similar nature.

"We know the impact such behaviour has on the families, survivors and all those associated with such disasters.

"We are working with the relevant authorities and we will also work with Manchester City in order to do our utmost to ensure these chants are eradicated from football altogether."

FREE TO WATCH: Highlights from the Premier League match between Liverpool and Manchester City

Later on Sunday, Merseyside Police confirmed they will conduct an investigation into the events at Anfield.

A statement read: "We can confirm we are working closely with LFC and MCFC to understand what has taken place during the match at Anfield today, Sunday 16 October.

"We have been made aware that offensive behaviour had taken place during the Liverpool v Manchester City game, and that offensive graffiti was sprayed in the away section.

"Such behaviour will not be tolerated, and we are working with both clubs to identify and bring to justice anyone found responsible for committing offensive behaviour."

Sky Sports News has contacted Manchester City for a comment about the chants from the away end at Anfield.