This week marks the release of a new film about Real Madrid superstar Cristiano Ronaldo. With behind-the-scenes access, we get an intimate portrait of one of the game’s greatest ever players. It’s a glimpse that perhaps reveals even more than is intended, writes Adam Bate…

"I think the rivalry is always created by the press." - Cristiano Ronaldo on Lionel Messi

It's standard stuff. The sort of comment we've become accustomed to from each man about the other. But never within the context of a cinematic release exploring the world of Cristiano Ronaldo.

It's a film that reveals a man consumed by his obsession with excellence - an obsession that exposes those denials of a rivalry with Lionel Messi. The two men are on an unavoidable collision course.

Through the course of 14 months tracking Ronaldo, Messi's presence in the film is a curiously haunting one. Some of it is unavoidable. The compulsion of his admirers to exclaim the words, "You're better than Messi!" as Ronaldo is whisked away in taxis and limousines. The promotional pieces that talk of a clash that will be "etched in the history of time" without a hint of humour.

But much of it is fuelled by the filmmakers themselves. When Portugal are eliminated from the World Cup, their star player is shown washing away his disappointments and frustration in the shower but those images are interspersed with clips of the Argentine playing in the World Cup final and collecting the Golden Ball awarded to the tournament's best player.

During a match between Real Madrid and Barcelona at the Bernabeu in October 2014, a friend turns to Ronaldo's agent Jorge Mendes in the stands. "The other guy could destroy everything," he says. There is no need for an explanation. The other guy is Messi. What's intriguing is that the dream he could destroy is not victory in La Liga or the Champions League but rather the Ballon d'Or trophy.

That's perhaps the most striking thing about this insight into Ronaldo's thinking. There has been an understanding that individual awards are of huge importance to him, but here it's laid bare. The Ballon d'Or, awarded to the outstanding footballer of the past 12 months, is described as "the climax of a year's work" and he talks of the nerves he experiences because it "can change so much".

A reminder. This is the Ballon d'Or. A trinket in a sport that boasts prizes of substance. On the most recent Monday Night Football, Frank Lampard scoffed at the notion that there could be any comparison between the ultimate team achievement of winning the Champions League and the personal accolade of becoming Chelsea's top scorer. Ronaldo clearly sees it differently.

That Messi propelled his team to the Spanish and European titles is ignored in the film and yet it doesn't even feel forced. The individual award is what Ronaldo has strived for as it "demonstrates I'm better than others". As a result, you're left wondering whether Ronaldo is in the wrong sport. Certainly, he bemoans the absence of "two or three Cristiano Ronaldo's" in the national team.

Self-obsession might not be a particularly surprising trait to emerge from a film entitled Ronaldo, and only possible thanks to his acquiescence, but it can still be alarming. And yet, it's that single-mindedness that is surely his greatest strength. Not everyone has that extraordinary desire, as Yaya Toure alluded to in a recent interview with France Football.

"Many Africans only see the bright side of this job," said Toure. "The easy money, the girls, the parties, the big cars and the beautiful clothes. Many are content with little. They send money back home and are safe for the next few years. What's the point of suffering? I have the feeling they prohibit themselves from dreaming big with a kind of fatalistic resignation."

Of course, this doesn't only apply to African players and is a reminder that Ronaldo's journey from poverty to fame isn't the whole story. He is driven by something deeper. We are told about his father who "died from drink" and brother Hugo who is a recovering alcoholic himself. The two men worked in construction and the intimation is that Ronaldo could have chosen the same path.

Instead he appears on a mission to prove himself. To the father he says he didn't really know? He certainly wants a father at the centre of his son's world. Young Cristiano is a frequent and endearing presence, lying on dad's back as he performs press-ups, although the identity of his mother is not revealed. "A father is enough," says Ronaldo. "I always had this dream of having a son. A successor."

Feelings are mixed. Is this Ronaldo at his most selfless or his most selfish? The sight of him doting on the youngster lends itself towards giving him the benefit of the doubt. After all, he would cut an even more lonely figure without him. "Most of the time I'm alone," he admits in the film. "An isolated person disconnected from the world." 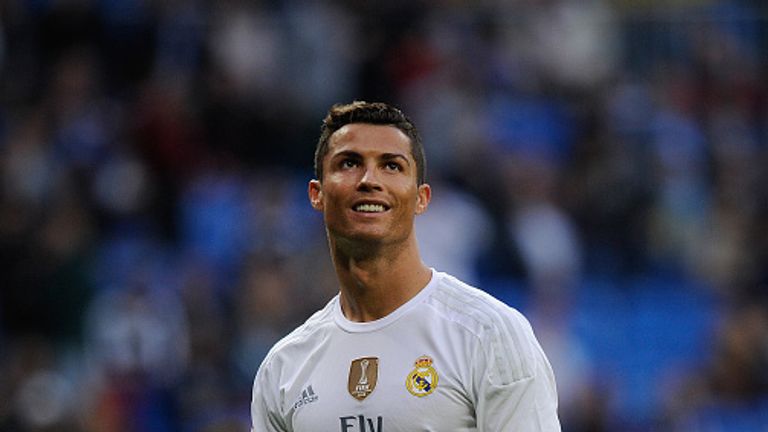 Most of the time I'm alone.

It's a sad thought, made a little tragic by the knowledge that there's perhaps only one man out there who could possibly empathise with his existence - and he's not among the entourage of yes-men shielding him from criticism. It's the other guy. It's Messi. "I looked at him not as a rival but as a person who makes me better," says Ronaldo. "And I make him better."

Ronaldo says there is no rivalry. But at the end of the film, as Mendes, looking every bit the modern-day mafia don, launches into a lengthy monologue extolling Ronaldo as the greatest sportsman let alone footballer on the planet, how could Messi be anything but? Ronaldo has made a business of being the best. And one man continues to stand in his way.

Join us and watch La Liga live on Sky Sports