Manchester City vs Liverpool: Will it decide the Premier League title?

Manchester City host Liverpool at the Etihad Stadium on Thursday

It is champions against challengers when Manchester City host Liverpool at the Etihad Stadium on Thursday but could the result decide the title race? History shows that the outcome of such games can make a big difference when the points are tallied at the end…

Liverpool's 54-point haul after 20 games is not quite unprecedented but it is rare. Only three other Premier League teams have even hit the 50-point mark at this stage of the season and each of them - Chelsea in 2005-06, Manchester United in 2006-07 and Manchester City in 2017-18 - went on to be crowned champions. History is on their side.

However, the mood could change very quickly if things do not go Liverpool's way when they travel to face City at the Etihad Stadium on Thursday evening. Win and Jurgen Klopp's side will extend their lead over the reigning champions to a seemingly unassailable 10 points. Lose and City will find themselves within just four points of Liverpool.

Whatever happens on Thursday, there will be many more points left to play for and the outcome will, of course, depend on what happens in the remaining 17 matches. But do not underestimate the power of these so-called deciders in shaping the title destiny. History shows how different things could be if the big matches had gone the other way. 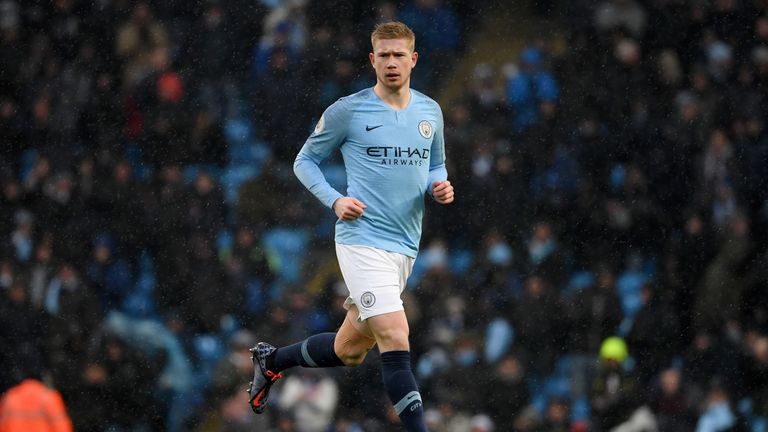 Liverpool famously surrendered the old Division One title to Arsenal almost 30 years ago in the final moments of the final match of the season when Michael Thomas ran through to score. But even the club's own supporters might be surprised to know how many Premier League titles could have been theirs if they had got it right in these showdowns.

Most will remember the 2013-14 near miss under Brendan Rodgers for the Chelsea defeat that handed control of the title race back to City. But it is worth noting too that, despite Liverpool winning a memorable match at Anfield, had they been able to avoid defeat at the Etihad on Boxing Day, the point swing would have been sufficient to win the title.

It is not the only example. As long ago as the 1996-97 season when Liverpool finished fourth under Roy Evans, the seven-point deficit to eventual winners Manchester United owed much to the fact that Sir Alex Ferguson's side did the double over Liverpool. If Evans' team had picked up four points in those two games they could have come out on top.

Gerard Houllier's Liverpool could have been able to edge out Arsene Wenger's great Arsenal team of 2001-02 if they had been able to do the double over them instead of pick up just one point from those two matches. It was a similar story for Rafa Benitez's Liverpool against that aforementioned Chelsea side of 2005-06.

The Spaniard had a fine record against Jose Mourinho in big games - twice beating Chelsea in Champions League semi-finals. That particular season there were two draws in the group stage of that competition and an FA Cup semi-final triumph, but had Liverpool won the two Premier League meetings, it would also have swung the title race in their favour.

Of course, it is far too simplistic to view any title race in this way. Some of these matches took place early in the campaign and, if they had played out differently, it would, naturally, have impacted greatly on future events. Nevertheless, it does serve to highlight the potential significance of matches between two rivals at the top.

Fireworks at the Etihad?

Manchester City's game against Premier League leaders Liverpool on Thursday night should be one to savour, Phil Thompson believes.

Perhaps this is best illustrated by the 2003-04 season, notable for Arsenal's achievement of going throughout the entire campaign unbeaten. The Gunners finished 11 points clear of Chelsea, but if just the two matches between the sides had gone against them, with all other results remaining the same, it would have been Claudio Ranieri's title instead.

Will history look back at the matches between Manchester City and Liverpool this season and tell a familiar tale? Riyad Mahrez's late penalty miss in the goalless draw at Anfield already accounts for a three-point swing in Liverpool's favour - one that could prove crucial come May. The return match might well prove the decisive blow.

History written by the winners?