Will any club crash the Premier League's top six this season?

Watford climbed up to fourth place with their 2-1 win over Arsenal on Saturday, but are they the club with the best chance of gatecrashing the Premier League's top six this season?

Here, we assess some of the most likely contenders.

Don't forget to cast your vote and leave a comment below.

Marco Silva has had a transformative impact at Watford, guiding them to four wins, three draws and only one defeat from their first eight Premier League games. It's a far cry from last season, when they lost 10 of their final 14 games under Walter Mazzarri.

The Hornets recruited smartly in the transfer window, with Richarlison, Kiko Femenia and Nathaniel Chalobah all starting the season brightly, and Silva has introduced discipline and determination across the squad.

They showed impressive fighting spirit with their crucial late goals against Arsenal, West Brom, Swansea and Liverpool. If they can navigate such a difficult run of fixtures so impressively, why shouldn't they set their sights high?

Everton sit 15th in the table after their difficult start to the season continued with a 1-1 draw against Brighton on Sunday. Ronald Koeman's side have badly missed Romelu Lukaku, whose prolific start to life at Manchester United has provided a reminder of what they are missing.

But would it be foolish to rule them out of contention for a top-six finish? Everton invested heavily in their squad in the summer and have plenty of talent at their disposal. With more time to gel and another transfer window on the horizon, they might fancy their chances of climbing up the table.

Koeman: Not good enough so far

Ronald Koeman admits Everton's points tally from the opening eight matches has not been good enough.

Newcastle started the season as one of the favourites for the drop but with Rafael Benitez at the helm there is cause for optimism. They were pegged back by Manolo Gabbiadini's penalty against Southampton on Sunday, but they still sit ninth after an encouraging start to the campaign.

Jamaal Lascelles, Matt Ritchie and Mikel Merino have been the standout players so far, but the man in the dugout is undoubtedly the key figure. A top six finish with Newcastle would be an extraordinary achievement - but it would not be the first time he has exceeded expectations.

Southampton are yet to get going under Mauricio Pellegrino but it is only two years since they achieved the first top six finish in their history.

Repeating that feat will require drastic improvement in an attacking sense (they have only scored seven goals in their first eight games of the season) but defensively there have been encouraging signs, with Oriol Romeu and Mario Lemina forming a strong barrier in front of the back four. 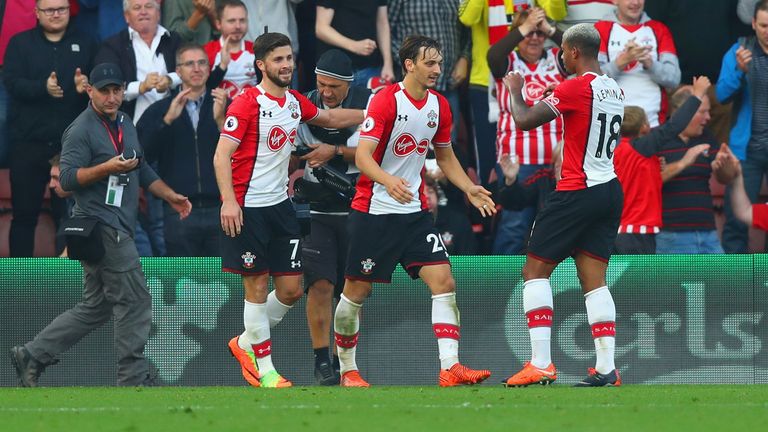 Will the 2015/16 Premier League champions climb back up the Premier League table? It has been a poor start to the campaign under Craig Shakespeare but far stranger things have happened.

Jamie Vardy has returned to goalscoring form and Harry Maguire looks like an excellent addition in central defence. If Riyad Mahrez can recapture his best form and Kelechi Iheanacho can start making an impact, then there is plenty of time to turn things around.

Monday's clash with West Brom would be a good time to start.

BEST OF THE REST?

Burnley look like the best of the rest at the moment. Sean Dyche continues to overachieve with his side, who sit seventh in the table after an eye-catching start. They have already played Chelsea, Tottenham, Everton and Liverpool without losing and they boast one of the best defensive records in the division.

West Brom remain difficult to beat under Tony Pulis and could move within a point of Liverpool if they beat Leicester on Monday Night Football, then there's West Ham. Slaven Bilic's side are yet to get going this season, but could Javier Hernandez fire them back into the top half?

Vote in our poll below and leave a comment if you think another club could do it...