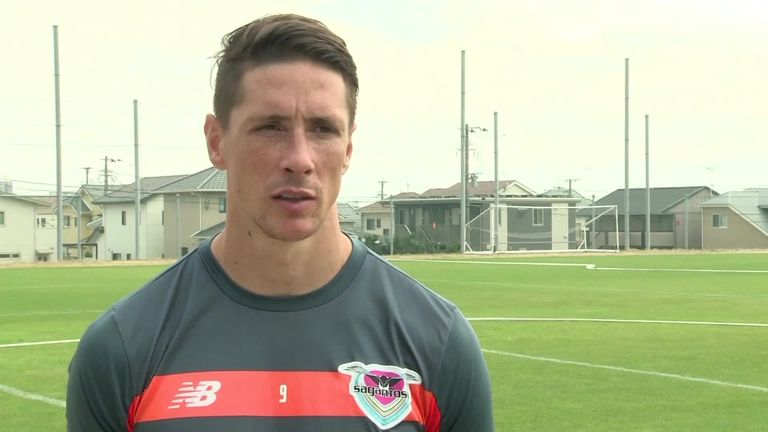 Fernando Torres hopes Liverpool win the Premier League this season ahead of another his former clubs, Chelsea.

Torres enjoyed four successful seasons with Liverpool after signing from Atletico Madrid in 2007, scoring 81 goals in 142 games for the Reds.

However, the former Spain international left Anfield in acrimonious circumstances in 2011 after handing in a transfer request in order to force through a move to Stamford Bridge.

Torres went on to win the Champions League, Europa League and FA Cup with the Blues but left without winning the Premier League after being sent out on loan during the title-winning 2014-15 campaign.

The 34-year-old, who now plays his football for Japanese side Sagan Tosu, says he is rooting for both his former clubs this season but would prefer Liverpool to win the title.

He said: "I want both of them to win every game and when they play each other I won't watch the game!

"I have feelings for both of them. Liverpool was the best time in my career - I love the city, the supporters and the club.

"I am still in touch with them and they made me feel at home when I was there.

"And with Chelsea they gave me what I wanted as a player - trophies. I have great memories of my time at Chelsea so it is difficult to choose.

"At Chelsea there are still some team-mates that I played with but at Liverpool there is nobody there - only Alberto Moreno, who I played with at the national team.

"I am still in touch with the staff though so I wish them all the best. I know how important it is for Liverpool to win the Premier League.

"Hopefully they can win the Premier League and Chelsea can win it the year after."