You can listen, watch and read the full Off Script episode with Neville discussing Man Utd's transfers across our Sky Sports platforms from 7am on Thursday 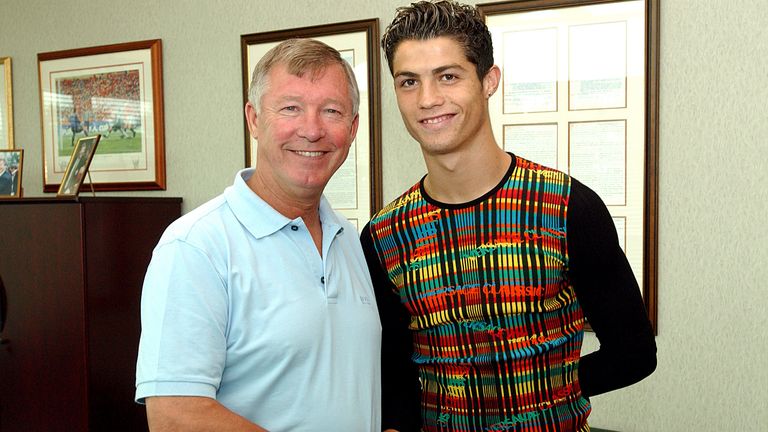 Neville explained how Ferguson worked within three distinct categories, creating a "slow conveyor belt" of transfers in and out of the club, which led to huge success over a 27-year stint at Old Trafford.

You can listen, watch and read the full Off Script episode with Neville discussing Man Utd's transfers across our Sky Sports platforms from 7am on Thursday.

"There were three categories," Neville explained to Geoff Shreeves. "His policy was to promote youth wherever possible, that was No 1 before he even looked at the external market.

"No 2 was to look at the best in the Premier League, those he could trust, and still have growth and be with the club for a long time. Gary Pallister, Steve Bruce, Wayne Rooney, Rio Ferdinand, Robin van Persie.

"And then he always wanted emerging international talent that could come over to Manchester, that he could work with and develop into great players. Nemanja Vidic, Peter Schmeichel, Patrice Evra, Cristiano Ronaldo, Ole Gunnar Solskjaer.

"He very rarely ventured into the world of buying the complete star, and it's not far off Pep Guardiola's tactic with Manchester City right now.

"In terms of selling players, he would get rid when they either weren't good enough, or when he felt they were questioning his control. He was ruthless on that.

"United's strategy was like a very slow conveyor belt. A few would come in, and a few would leave. Never more than a handful each season, never a massive adaptation of the squad.

"It was controlled, with six or seven young players, 10 in the middle, and three or four that were in their 30s. Every club that has had a dynasty has had that stability of players."

You can listen, watch and read the full Off Script episode with Neville discussing Man Utd's transfers a across our Sky Sports platforms from 7am on Thursday