Burnley joined Manchester City in taking a knee as their match kicked off on Monday night, becoming the 20th Premier League club to show support for the Black Lives Matter movement.

The start of every game since Wednesday's return to action has seen all players and officials take a knee before kicking off, while names have been replaced by 'Black Lives Matter' on the back of shirts.

Aston Villa and Sheffield United set the example at Villa Park, with the Clarets the final of the league's 20 clubs being able to show their support against Manchester City on Monday Night Football.

Both sets of teams, coaching staff and match officials took a knee for around 10 seconds following the referee's opening whistle - an action co-ordinated by senior players to show support and solidarity with the movement. 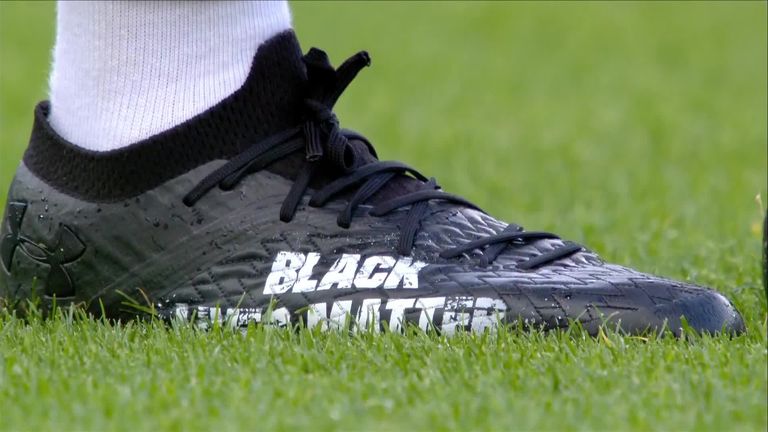 The Premier League collectively decided to show its support for the movement for racial equality after George Floyd, a 46-year-old black American, died after a white policeman knelt on his neck for nearly nine minutes in Minneapolis, Minnesota, on May 25, reigniting the issue of police brutality against African Americans and sparking protests and activism in the US and across the globe.

'First impression was powerful and chilling'

Speaking on Sky Sports, former England Women forward Aluko says that the Premier League's united support has sent a powerful message but maintained that it must translate into actual "lasting change".

"There's been a real intention to put the issue right in the front of minds and when the players took the knee in Wednesday night's first games it was powerful, it was chilling. 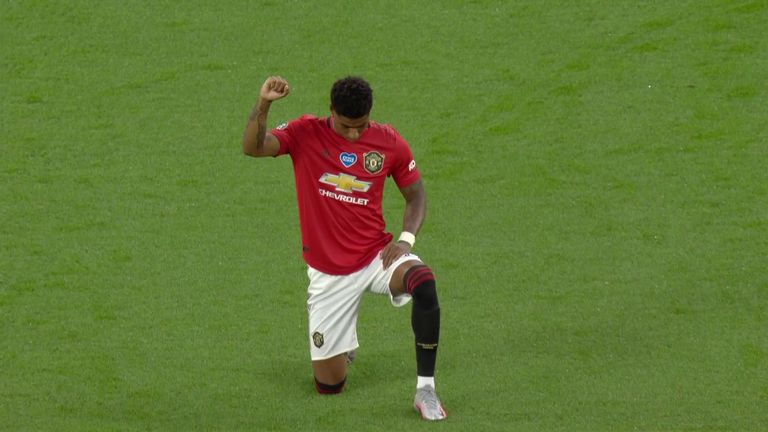 "It surprised me, we knew that players were going to be wearing Black Lives Matters on their shirts and badges but we didn't expect that.

"What I would say though is that I don't want it to be a fleeting moment - unless the players are going to kneel for the rest of the season - what is the lasting change that is going to come from this?"