How to navigate Gameweek 15, the best differentials and beyond! Follow Sky Sports for dedicated Fantasy coverage throughout the season, including tips, expert advice and the latest team news 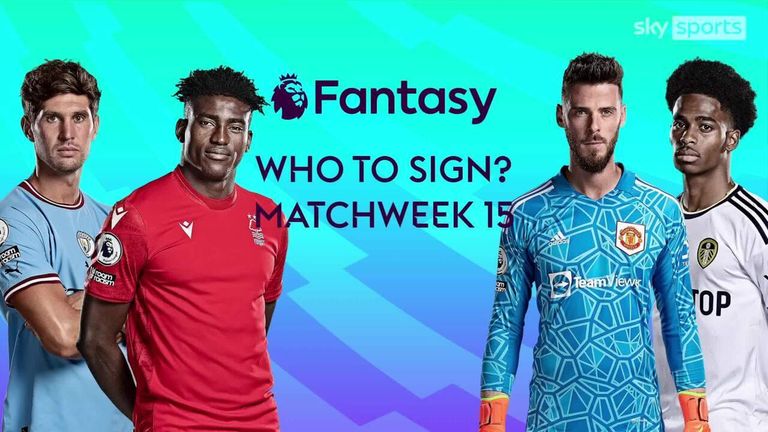 Ahead of gameweek 15 in Fantasy Premier League, we take a look at the players to watch for the upcoming matches.

In our latest column, FPL Family and Holly Shand answer some hot topics as the hunt for Fantasy Football points intensifies.

It's not too late to join the official Sky Sports Fantasy League with code e7ft7m. 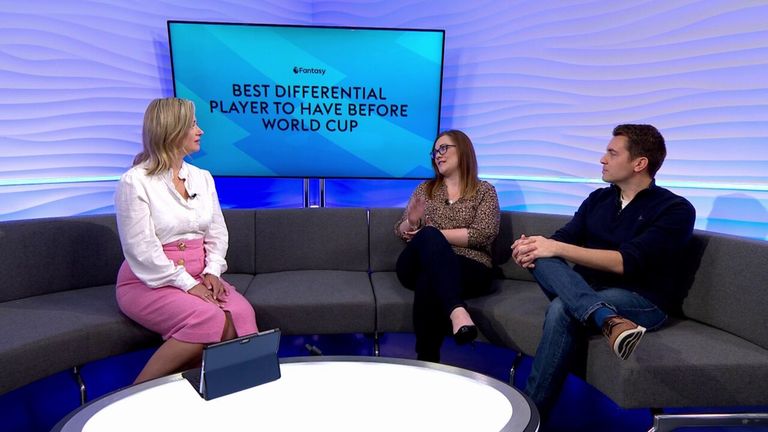 Sam and Lee from FPL Family discuss the best differential player to have in fantasy football before the World Cup.

Are there any players worth a -4 hit at this stage?

HOLLY SHAND: No. It's unlikely a four-point hit will produce gains with just two gameweeks before unlimited transfers. The exception is if Erling Haaland is ruled out and you need to take a -4 to bring Kevin De Bruyne in and captain him. Manchester City have the outstanding fixture of the weekend against Fulham.

FPL FAMILY: I only usually take hits when I think it'll pay off in the longer term - and right now there is no longer term in FPL, as the unlimited transfer window is almost upon us. I've not taken a hit yet this season and I'm pretty sure that'll still be the case until after the World Cup.

Are you holding or selling Phil Foden?

HOLLY SHAND: Holding, but only because I had to use my free transfer to replace Toney this week. He played 90 minutes in a meaningless Champions League game midweek which suggests he is well down Pep Guardiola's pecking order right now. Hopefully he can provide something as a substitute against Fulham.

FPL FAMILY: Definitely a hold. FPL's a frustrating game when your players start on the bench and come on for the dreaded one-point cameo, which has been the case in the last two GWs for Phil Foden.

However, with a home fixture to statistically the league's weakest defence over the last 6 GWs, you have to hold for GW15 and cross your fingers that Pep gives him the start - even after playing the full 90 mins against Sevilla in the Champions League.

Are you holding or selling Zaha?

HOLLY SHAND: Again I'm holding but only because I needed to make a transfer elsewhere. Crystal Palace have two away games remaining and have failed to score in their last three on the road. Zaha is on penalties though and capable of scoring in any game so I'll hope for the best. If you've no issues elsewhere, sell for one of Almiron, Trossard or Rashford.

FPL FAMILY: Crystal Palace and Zaha himself don't have a great record away from Selhurst Park so far this season, so with his remaining games before the World Cup both away ties, I think it's OK to sell - even if one of those fixtures is against Nottingham Forest.

What's more, there's plenty of options in and around Zaha's price bracket, you could even save yourself a couple of million and move to Newcastle's in-form Almiron, allowing you to reinvest your spare FPL pounds elsewhere. 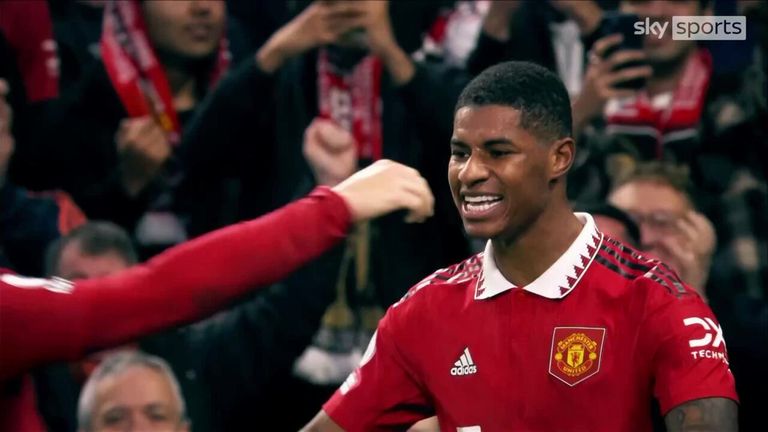 HOLLY SHAND: This is a classic case of form versus fixtures. I'm definitely a form manager so I'll be backing Trossard over Rashford: he's top for shots in the box among midfielders over the last six gameweeks with 19 and has scored five goals in this spell. Rashford has been wasteful with his chances, scoring once from five big chances in the last six.

FPL FAMILY: Trossard has become the focal point of De Zerbi's new-look Brighton. He's scored five of the six goals that Brighton have scored in the last six weeks - easily the Seagull's most prolific attacker.

It also doesn't seem to matter where he plays either - he played up front for his Liverpool hat-trick in GW14, but also has FPL points from the wing-back role when De Zerbi needed him there.

Rashford is a great option, but given Brighton's remaining two favourable fixtures and Trossard's propensity to dominate their goal-scoring opportunities, I'd go with him.

Who is the best Kepa replacement?

HOLLY SHAND: Nick Pope has been performing really well in my team, with six clean sheets this season, but he does block a triple up on Newcastle United assets elsewhere, who may provide a higher ceiling of points.

Jordan Pickford could be worth a shout: Everton have the best fixtures of any side over the next two, facing Leicester and Bournemouth, with a point to prove ahead of the World Cup.

FPL FAMILY: If you have Leicester's Danny Ward as your back-up 'keeper, there's a case for just playing him and resolving the Kepa situation during the unlimited transfer window.

If you are inclined to sell though, Brighton's Robert Sanchez - an FPL favourite from last season - would be my go-to. Wolves aren't free-scoring this season and a home game against Aston Villa in GW16, both look good for defensive returns for De Zerbi's Seagulls.

Who is the best Toney replacement?

HOLLY SHAND: Callum Wilson - I made the move on Saturday night before I was priced out, with Wilson rising twice already this week. Wilson has four goals and three assists in six, plus he's the penalty taker in an in-form Newcastle United attack.

If you can't afford Wilson or already have three Newcastle players, consider Dominic Solanke or Dominic Calvert-Lewin as differentials.

FPL FAMILY: Callum Wilson. He has the best non-penalty xG in the league over the last six GWs, which means he's doing all the right things to continue his firm from GW14. Have we missed the haul though?

Would bringing him in be chasing last week's points? Maybe - but the stats say otherwise and as a Toney owner, I've got that little bit of cash in the bank that I need to make the move this week