Alexis Sanchez is already enjoying himself at Arsenal, but admits he remains some way short of full match fitness.

Arsene Wenger pulled off quite a coup in luring Sanchez to Emirates Stadium from Barcelona in a £33million deal.

The Chilean’s arrival has excited the north London natives, with a world-class talent expected to illuminate the Premier League. 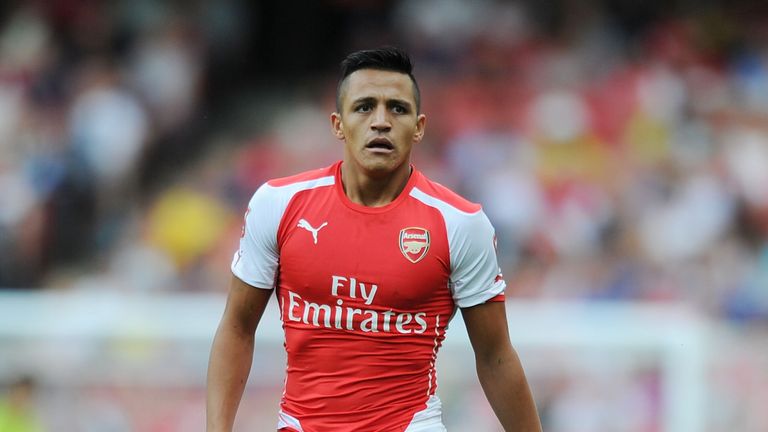 What is important for me is to try and play games, to score as many goals as possible and to win titles.

Sanchez is, however, eager to point out that he needs time in which to find his feet.

The 25-year-old has spent the vast majority of his career in Italy and Spain and while he is looking forward to taking on a new challenge, he hopes expectations can be calmed until he is firing on all cylinders.

Sanchez said after making his first start in Sunday’s Emirates Cup defeat to Monaco: “I like this style of football. What is important now is to play and get fit. I need to get 100 per cent.

“I have to go step by step. I have only trained twice with the team. I just have to keep working hard and training.

“What is important for me is to try and play games, to score as many goals as possible and to win titles.

“Of course I loved it (the reception from the Emirates crowd), I am extremely thankful to all of them.

“I am also extremely happy and I hope that I can make them very happy as well.”

Wenger is confident Sanchez will be ready for the start of the new Premier League season on August 16, with the World Cup finals having helped to keep him sharp.

The Frenchman said: “Overall I’m happy with his start.

“Alexis was quite sharp, one of the sharpest, because he was mobile and made some good runs.”