Wayne Rooney should "adapt" his game and play in a deeper role to prolong his career, according to Xavi.

Rooney, who turned 30 on Saturday, has scored just twice in the Premier League this season and received criticism for his performance in the 0-0 draw with Manchester City on Sunday, where he played as a lone striker.

The debate about the England captain has prompted Manchester United boss Louis van Gaal to admit he is fed up with being asked about Rooney's form.

Xavi, who left Barcelona for Qatari outfit Al Sadd in the summer, thinks the solution is to play England's record breaking goalscorer in a deeper role.

"Wayne Rooney is a player I have admired for a long time. He is an extraordinary player with extraordinary capabilities," Xavi said. 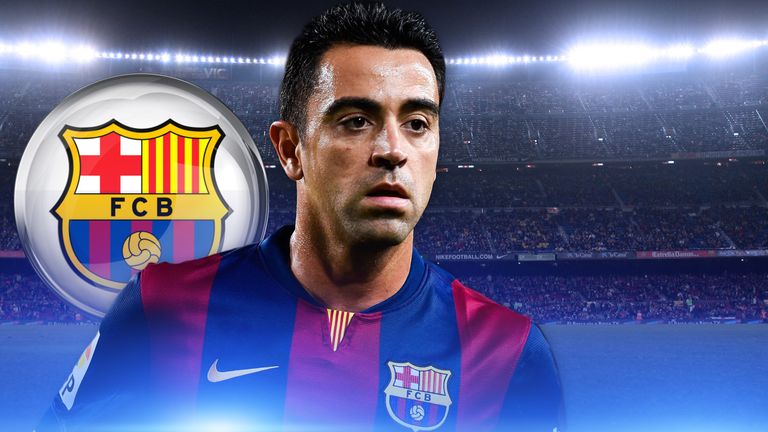 Maybe it's time for a new striker at Manchester United, who can run for 90 minutes, but Rooney would be very dangerous in a deeper role.

"Personally I think Rooney still has much to offer, but maybe it's time for him to adapt.

"You get to an age and you can't play the game you once used to, you can't cover the ground you used to. But intelligent players adapt and there's no doubting Rooney has a very good footballing brain.

"Maybe it's time for a new striker at Manchester United, who can run for 90 minutes, but Rooney would be very dangerous in a deeper role. He has the vision and the passing range to play that role very well.

"If he can adapt, there's no reason why he can't play at the top level for another five or six seasons. But as a player you must admit to yourself your body is changing and can't do what it used to be able to do."