Jose Mourinho hailed his "phenomenal" defenders but criticised his strikers in the 0-0 draw with West Brom at Old Trafford.

The result was the eighth time United have drawn at home in the league this season as they lost further ground on a top-four spot.

Mourinho's side are the seventh lowest home scorers in the division with only 20 goals in 15 games at Old Trafford this season.

The United boss was frustrated with his attacking foursome of Anthony Martial, Marcus Rashford, Henrikh Mkhitaryan and Jesse Lingard as they drew a blank for the fifth time in the league this term.

"I have to say my six players - Valencia, Rojo, Bailly, Young, Carrick and Fellaini were phenomenal. The other four? They have to score a goal," Mourinho said.

Although United had 18 shots on goal, visiting goalkeeper Ben Foster did not have to make save-after-save as many of their attempts came from distance. Only three of those efforts were on target.

Foster was called into action by Mkhitaryan on 65 minutes before making two fine stops from Rashford, who tested the goalkeeper from long range with a couple of fine efforts.

"When we have the last touch - we have to score," Mourinho said. 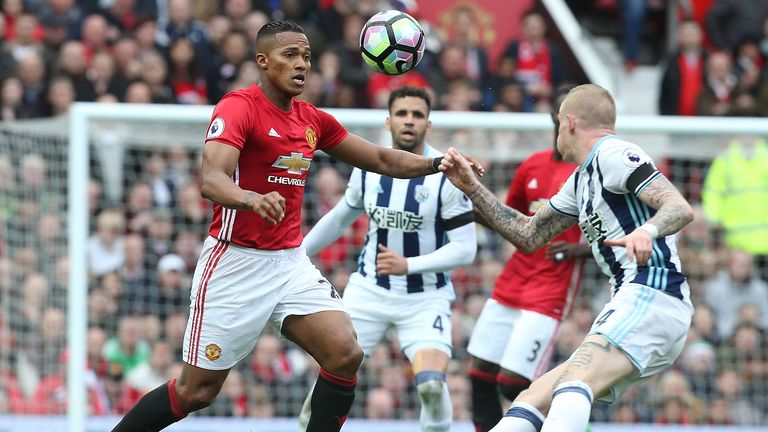 "If the goalkeeper has to make some phenomenal saves, then OK, credit to the goalkeeper. But when you face the goalkeeper one-on-one, how many times this season have we not passed the last man and not scored the winning goal?"

Hull, Stoke and Burnley are among the other teams to have frustrated Mourinho's men on home soil this season, leaving them scrapping for a top-four finish rather than the title.

"We've had a lot of these matches where we've played to win, deserved to win, dominated the game and created a lot but the opposition goalkeeper has been phenomenal," he said.

"We've missed easy chances in front of goal and the result doesn't reflect the game. It's happened a lot of times this season."