Mourinho says his side fought hard for their win over Southampton

Jose Mourinho said Marcus Rashford was "phenomenal" in his defensive work as Man United earned a hard-fought 1-0 win at Southampton on Saturday.

Romelu Lukaku scored the only goal of the game after 20 minutes, but Southampton piled on the pressure in the second half, only for United to stand firm.

Rashford, playing on the wing for United, put in an energetic performance to help his side, and it didn't go unnoticed.

Mourinho told Sky Sports: "Marcus was phenomenal, he was phenomenal. Cedric [Soares] is a very good offensive full back, and [James] Ward-Prowse is a good crosser of the ball, so it was a good side.

"Marcus felt what everybody else felt in the team, if we don't concede we win three points, so let's fight hard not to concede.

"It's not always possible to have high quality, but we fought hard. We fought hard. We did for 20 to 25 minutes what many teams in the Premier League do for 90 minutes, which is play with five at the back and defend with a low block.

"But credit to Southampton, they played, tried to play, they always try, Pellegrino sent a second striker in to play more direct to play more aggressive. 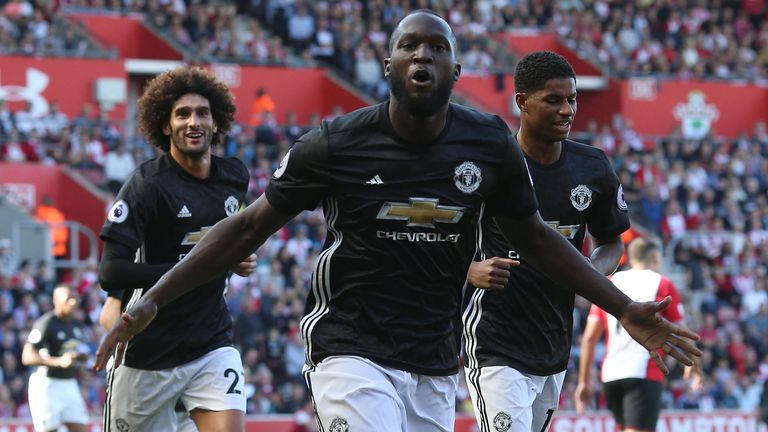 "It was a hard game, and we fought really hard, and I'm really happy."

Mourinho also admitted that despite resting several first-team stars for the midweek win in the Carabao Cup over Burton Albion, he felt his players did not look sharp at St Mary's.

"I felt that the game was really hard for us, when I felt we were not really fresh, despite many of the players not playing in midweek. Maybe it was the heat, because in Manchester we don't see the sun often!

"But I felt some of the boys were not sharp, the attacking players were not sharp, I didn't feel we could score two, three or four like we sometimes do, so the option was to go for the points."

If you are using skysports.com you can comment below to get involved in the debate, but please adhere to our House Rules. If you wish to report any comment, simply click on the down arrow next to the offending comment and click 'Report'.