'If Liverpool were really at it, they could have scored four or five.'

That was the verdict of former club captain Roy Keane after United suffered a 3-1 defeat at Liverpool which leaves them in sixth place, 19 points behind their table-topping rivals.

Keane believes the only option for Jose Mourinho and Manchester United is to go into the transfer market to invest in replacements for players who he says are below the required level.

"United were never at the races, really," Keane told Sky Sports. "Liverpool dominated every aspect of the game: possession, the goals, the shots, the corners…

"That was my big worry before the game. I looked at United and thought, 'are they going to be really found out today?' And they were. Huge concerns for United going forward.

Keane says United's major problems lie in defence. Chris Smalling was replaced in the starting line-up by Eric Bailly after picking up an injury in the warm-up at Anfield, but nonetheless United have already conceded 29 goals in the Premier League this term - one more than they let in during the course of the entire 2017/18 season.

"I think the players out there today were giving their best, I just think they're short," said Keane. "Defensively they're short. I know people will say they've already spent money on some defenders but they've not been good enough. Go and buy some more. You're Manchester United. Huge club.

"Defensively you have to get some sort of foundation to go forward. You've got to try to keep some clean sheets. They were all over the place. If Liverpool were really at it today towards the last 10 or 15 minutes they could have scored four or five." 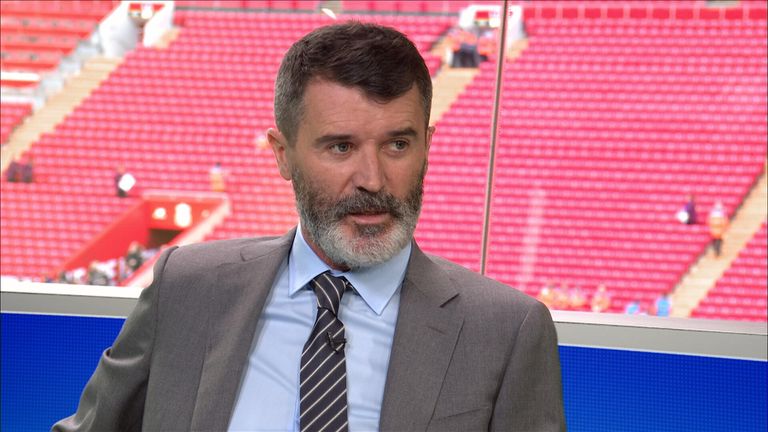 You've seen a Manchester United team there that, I suppose, fourth is the best they can get.

In his post-match interview with Sky Sports, Jose Mourinho defended the commitment of his team but said fourth place is now the target for United in the Premier League - and Keane is concerned about the decline in ambitions at Old Trafford.

"The scary bit, I suppose, on the ambition is when you listen to the manager and he's saying 'we think we can finish fourth'. Manchester United. But that's where they're at," said Keane.

"The reality is we've seen it today, your eyes don't lie to you. You've seen a Manchester United team there that, I suppose, fourth is the best they can get.