Ole Gunnar Solskjaer, the man named as the new caretaker manager of Manchester United, certainly remains a popular figure at Old Trafford. He scored the goal that won United the Champions League in 1999 – one of 126 goals he netted for the club in his 11 years there as a player.

Of course, the challenge of coaching arguably the biggest club on the planet is a different matter altogether. Even Jose Mourinho and Louis van Gaal, two Champions League winning managers, saw their time there cut short. So what are the credentials of the 45-year-old Solskjaer? Here, we take a look at his coaching career to date…

Solskjaer called time on his career after appearing for Manchester United's FA Cup final defeat to Chelsea in 2007, a result that denied him a second domestic double. But it was not to be goodbye to the club as it was where he took his first forays into coaching.

The Norwegian served as a striker coach with the first team during the 2007-08 season before taking over the reserve team the following year. His two-and-a-half years in that role saw him win the Lancashire Senior Cup and the Manchester Senior Cup in 2009, before going on to win the Premier League reserve league in 2010.

Norwegian club Molde was where Solskjaer's playing career had begun and so it followed that it would be his first managerial appointment at first-team level in 2011. He won the title in each of his first two seasons in charge, the first of which was the club's centenary year. It was a huge achievement given that the club had never won the league before.

The next six months will be "critical" for Manchester United to "restructure" the club after sacking Jose Mourinho, says Gary Neville.

Solskjaer had financial backing but there was no arguing with the success. His reputation was sufficiently bolstered for him to be offered the Aston Villa job in 2012. He turned that down to stay at Molde and though his third season was not as impressive as the club finished sixth, the campaign still ended in cup glory and European qualification.

When Cardiff City came calling in January 2014, Solskjaer did finally make the move to the Premier League but it proved a struggle for him in south Wales. The club had been just above the drop zone when Bluebirds owner Vincent Tan decided to sack Malky Mackay but Solskjaer fared even worse, suffering 4-0 defeats to both Hull and Sunderland.

The result was that Cardiff were relegated in last place. And yet, he retained enough faith to be given the opportunity to continue in the job the following season. There was to be no turnaround, however, and a poor start to the season in which Cardiff lost more of their first seven games than they won saw Solskjaer sacked after eight miserable months.

He never seemed to settle on a style, system or personnel, but perhaps the biggest failing of his short reign came in the transfer market. In particular, the decision to bring in a trio of Norwegians in Magnus Wolff Eikrem, Mats Moller Daehli and Jo Inge Berget was misjudged.

Even his own compatriot, former Monaco sporting director Tor-Kristian Karlsen, was critical of that move. "It seems very naive to me to turn to Norwegian players," said Karlsen. "Right now there are no Norwegian players who can raise the level of a Premier League team and Solskjaer should have known that better than anyone." 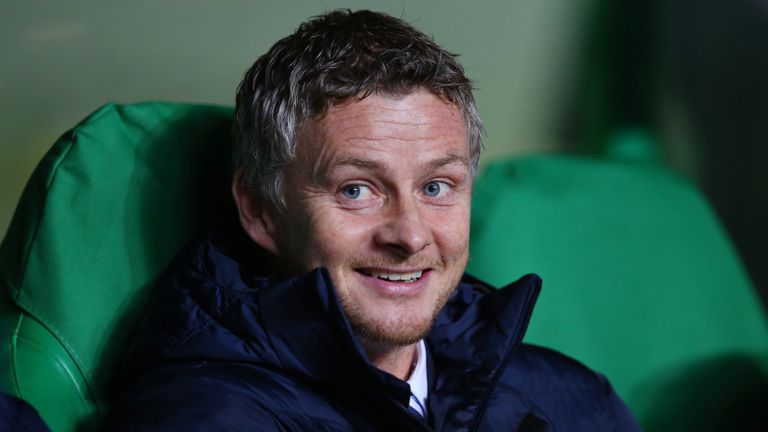 Gary Neville believes Solskjaer would bring back a feel-good factor

"Everything is much bigger. Norway is a small environment. There are only three to four agents to deal with, just 15 other clubs and that's it. I obviously was not ready for the entire Premier League showcase at a brand new club that I was not familiar with. I'm not looking for excuses, just looking at myself and what I could have done better."

What has he done since?

Solskjaer returned to Molde yet again in October 2015 and immediately saw his side beat Celtic 3-1 in the Europa League his first game in charge following his return. While he has not been able to repeat the title wins of his first reign, results since have been respectable enough. Twice he has guided the club to second-place finishes in the league.

He has kept an eye on events at Manchester United too. As long ago as 2016, during Van Gaal's reign at Old Trafford, Solskjaer was bemoaning what had become of his old club. "I am very disappointed in the quality over the past few years," he said back then. Neville insists that the next manager must understand the club's philosophy

"We knew it would be tough after the Ferguson era but we have not managed to keep the enthusiasm and the entertaining, attacking football. It is very tough to see Manchester City managing to get Pep Guardiola and sign the biggest stars in Europe. I am a big fan of Guardiola and his philosophy and all his teams.

"Now United have to pull themselves together. They are heading for a very difficult time. We are used to winning. We are used to finishing first. We are used to entertaining the fans. If we finished second it was a disappointing season, now the talk is about finishing fourth. It is undignified for a club like Manchester United."

After the abandoned Mourinho experiment, United wanted to bring someone in who is a better fit for the traditions of the club and, as the hero of Barcelona, Solskjaer certainly embodies that. "My brand is forward minded," he said when he was at Cardiff. "Forward passing, forward running. I want to attack. I want the players to express themselves."

That will chime well with United supporters and though Solskjaer was unable to implement that vision with limited resources in Wales that might be a different story back at the club where fans still chant his name. Twenty years on from his most famous moment, Solskjaer will get the chance to take charge of United in the Champions League.