Ole Gunnar Solskjaer says he wants his Manchester United players to feel proud of their performances and the interim boss is not afraid to turn to youth to achieve that.

The 45-year-old, who spent 11 seasons at Old Trafford during his playing career, returned to United this week to take charge until the end of the season following the sacking of Jose Mourinho.

He inherits a side sixth in the Premier League - 19 points behind league leaders Liverpool and 11 points adrift of the Champions League places - and the Norwegian wants to restore the club's "winning mentality", starting with their trip to Cardiff on Saturday.

"When I scored on my debut, Eric [Cantona] was there and it was a brilliant feeling. You felt comfortable at Old Trafford and you want the players to feel at home there too.

"It's great to be back home. I promise I'll give everything I've got to get this club back to success." 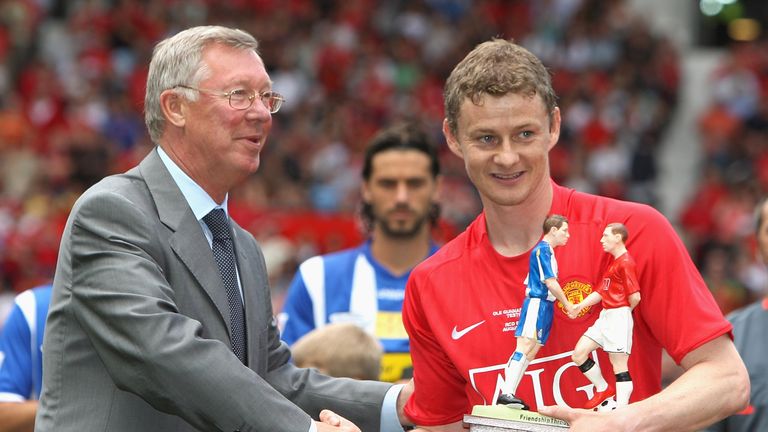 Manchester United need to rediscover their identity as a club following the interim appointment of Ole Gunnar Solskjaer as manager, says Danny Higginbotham

One of Solskjaer's main priorities will be trying to continue United's run in the Champions League by beating Paris Saint-Germain in the last 16.

The former striker scored arguably the most famous goal in United's history, getting the winner in the last seconds of the 1999 final against Bayern Munich, and he wants to recreate some of that magic as manager.

"I was watching the draw on Monday without a clue as to what was about to happen," Solskjaer said.

"PSG is a fantastic chance. Under the lights at Old Trafford. The manager [Sir Alex Ferguson] talked about those nights. Those are the nights that United come to the fore."

Transfer Talk: What next for Utd?

Solskjaer has also promised to embrace United's youth system, a policy made famous by club legends Sir Matt Busby and Sir Alex Ferguson, while Mourinho was criticised for not giving young players a chance.

"Matt Busby said if you're good enough you're old enough and I want to maintain that," Solskjaer added.