Sunday Supplement: Man Utd would be mad not to consider Ole Gunnar Solskjaer The Sunday Supplement panel discuss the possibility of Ole Gunnar Solskjaer becoming the next Manchester United manager, with Martin Samuel saying Ed Woodward would be mad not to seriously consider him.

Solskjaer has overseen seven straight wins as Manchester United caretaker manager after Jose Mourinho's sacking in December, leading them back into contention for a top-four spot.

Mauricio Pochettino is still favourite for the permanent job, but Solskjaer's emotional and tactical qualities have shown, say the Supplement panel...

'Mad not to consider him'

If they're not, he's mad. If you're going to get rid of a manager because of results, you can't pretend results don't matter. This is far easier, and I'm not saying Ed Woodward is looking for an easier life, but you don't really want to make your world needlessly complicated if you're going to take two months of negotiations to get Pochettino out of Tottenham.

Whereas you have a guy who has not lost a game of football, wants to work, everyone loves him and everyone loves you all of a sudden for giving him the interim job. If that doesn't appeal to him, he really must like pain! And I don't think he does like pain.

He couldn't have done any better.

He has to be in contention. The first thing he did was change the mood. Talking to people, being human, being civilised, some of the things that Mourinho lost his touch on. He brought the humanity back to Carrington and Old Trafford. He brought the smiles back to the place. His arm around the shoulder got the players playing again.

But I think the most significant thing is tactically. I think everybody thought Solskjaer would come and bring the warmth back, everyone will play with a smile, but actually they're playing with intelligence.

If this is a very long audition until the end of the season, I think he's passing, he's getting call-backs in theatrical terms. Audition after audition. He should be respected as a tactical coach as well as emotional coach.

United are playing with the hand-brake off and Rashford is the symbol of that. He is developing because he has this hunger to learn, and a tactical intelligence to play a range of positions.

Every decision he has made so far has been right. There will be bumps in the road and bigger tests to come, but if there is an audition going on, he's winning it. 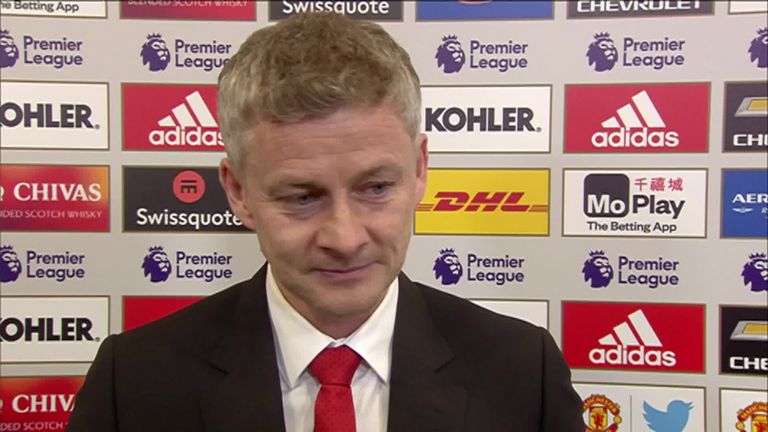 'It's becoming his to lose'

Shaun Custis, Head of Sport at The Sun

Some of it reminds me of the Roberto Di Matteo era at Chelsea, where the only way was up.

He is riding a bit of a crest of a wave, but I can see the argument with United fans starting to think it might not be a bad idea.

There has only been one really difficult opponent. You look at it in a month's time, I think. I do think it's almost becoming his to lose.