Ole Gunnar Solskjaer has held talks with some of his Manchester United squad, including Anthony Martial, and says certain players need a reality check

Ole Gunnar Solskjaer says some Manchester United players need a reality check as they bid to recover from a run of five defeats in seven matches.

United were knocked out of the Champions League on Tuesday after a 3-0 defeat to Barcelona at the Nou Camp, while two defeats to Wolves and one to Arsenal have seen them exit the FA Cup and slip to sixth in the Premier League.

Before their defeat to the Gunners, United had won 14 of their 17 matches under Solskjaer, but the manager has warned certain players need to raise their standards after their dip in form.

He said: "I've learnt a lot about them over the months I've been here. Most of them have really impressed me in their attitude. 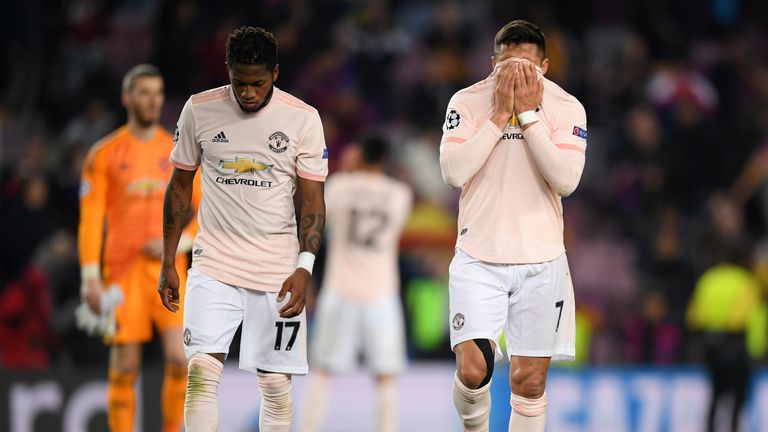 "Of course there are some who need to get a reality check on where they're at. But most of them know they can improve if they keep working as they do."

Solskjaer did not say whether he thinks Anthony Martial - who has scored just four goals since the Norwegian was appointed in December - was one of those who needs a 'reality check'.

"Anthony has got massive talent, he has signed a new contract, he knows we believe in him. Just keep on working. Anyone who plays for Manchester United has to deliver to stay in the squad and the team.

"Anthony is no different to Rashy [Marcus Rashford], Rom [Romelu Lukaku], Alexis [Sanchez] or the many forwards we have to choose from.

"That's the great thing about it now - it's down to the players and the ownership they take coming back to pre-season."

With just five games to play before the end of the season, Solskjaer also looked ahead to the club's plans for the summer, with United understood to be planning to move on several first-team players and appoint a technical director.

While he insists he is happy with the plans United have in place, Solskjaer warned progress could take time, saying: "I've been speaking to the club and we know we have to be realistic. 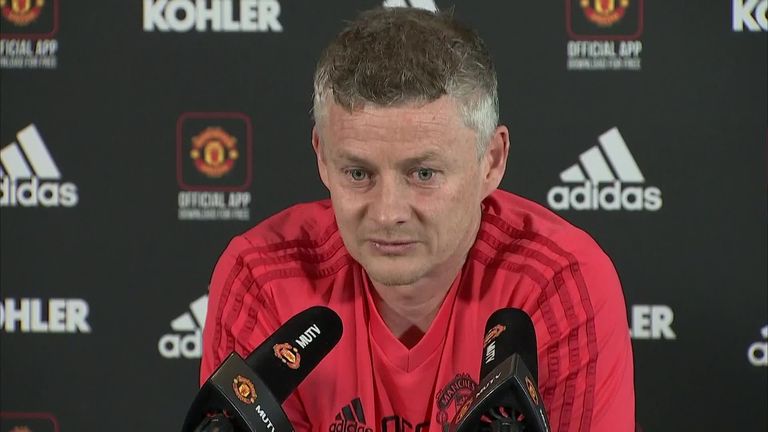 "We know there is a job to be done, there is no quick fix. It's not like we can buy seven players and suddenly we are in the right shape. We are where we are and you have to take it step by step.

"Of course there will be signings made in the summer. I know there has been loads of criticism. I don't know if all these critics know what is happening.

"We have got scouts scouring the planet for good footballers. We'll sign players that we think are the right fit personality wise, quality wise, price wise, and can have longevity here at this club.

"I'm confident we are doing what we can to get the right players in."