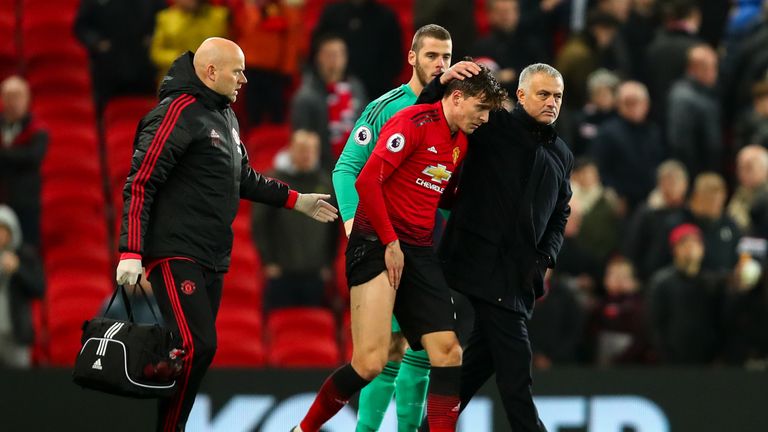 Speaking on Sky Sports' Super Sunday coverage, Mourinho said Lindelof - the player he signed from Benfica while United manager - can be "bullied" by attackers and is weak aerially.

"As Gary Neville was saying and totally right, Lindelof is very, very good in some aspects of the game. But he can be bullied in the one-on-one in the box, he’s not especially good in the air and Maguire has that kind of presence and physicality that is very, very important."

Lindelof claims he was unaware of the criticism from his former manager and says the Portuguese is entitled to his opinion, just like everyone else.

"For me it has never been a problem, I'm a very easy guy," he told Sky Sports.

"For me it has never been a problem, even when I play good there is someone criticising me for something. It's part of the job, everyone is entitled to their own opinion.

"I'm just trying to do my thing and I don't focus on those things. I didn't even notice, or know about it, before you told me. That's how I live my life and focus on my things."

'I see my future here'

Now into his third season at Old Trafford, Lindelof insists he has grown accustomed to the pressure of playing for United and signed a new deal because he sees his long-term future at the club.

"If you are playing for Manchester United [scrutiny] is part of it. If you do not perform you hear about it, it's quite normal," he said.

"I could see my future here so that's why I signed a new contract - I'm really happy about that. We have a good thing going and I still want to win the big trophies with this club, that has been my goal since I signed." 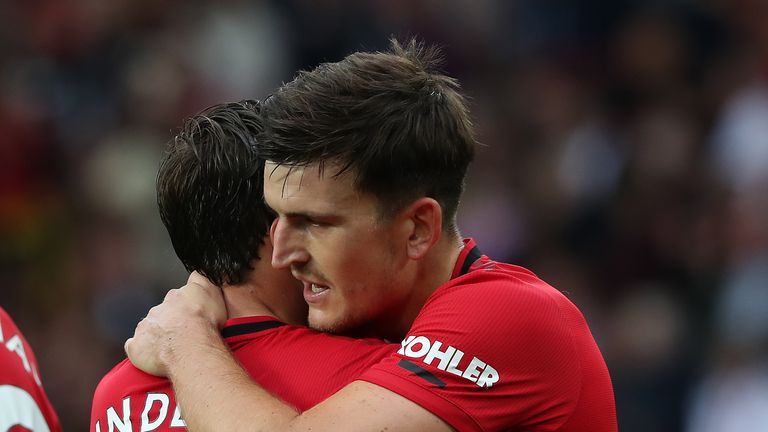 Victor Lindelof says Harry Maguire's leadership qualities are rubbing off on him as he continues to develop his partnership with Man Utd's summer signing.

The 25-year-old also says the leadership qualities of his new centre-back partner Harry Maguire are rubbing off on him as he continues to grow his understanding with £80m record summer arrival.

He said: "It feels good, Harry is a great player. We've only played six games together so the partnership needs games to become better and better. We work hard and train every day together, we get to know each other more and more, that's always a good thing in a partnership. Hopefully we can develop and become better.

"He's a great person off the pitch as well. It's very easy to be around him and talk to him. He shows that on the pitch too, he has that leadership and makes it easy for everyone else to lead from his example. That's also what I am trying to do on the pitch."

'I can't tell if Greenwood is right or left-footed'

The 17-year-old is Ole Gunnar Solskjaer's only fit recognised striker with Anthony Martial and Marcus Rashford sidelined with injury.

Lindelof has seen Greenwood progress through the ranks over the last few years and believes the youngster has a bright future if he can continue to work as he has to this point.

"I have been here now for my third season so I have seen it before, I know his talent," he said.

"This season he has stepped up a bit more and he has shown his qualities, especially as a finisher. Left or right foot, I'm not even sure.

"He's a great player and a humble guy off the pitch as well. If he can keep doing what he is doing, work hard, then he has a very bright future"