Former Manchester United and Northern Ireland goalkeeper Harry Gregg has died at the age of 87.

Gregg was part of United's 'Busby Babes' and has been referred to as the 'Hero of Munich' for rescuing survivors of the 1958 Munich air disaster, in which 23 people were killed.

He rescued United team-mates Bobby Charlton and Dennis Viollet from the BEA Flight 609, as well as a 20-month old baby and her badly injured, pregnant mother.

"It is with great sorrow that we inform of the death of Manchester United and Northern Ireland legend Harry Gregg, OBE," a message on the Harry Gregg Foundation Facebook page said.

"Harry passed away peacefully in hospital surrounded by his loving family.

"The Gregg family would like to thank the medical staff at Causeway Hospital for their wonderful dedication to Harry over his last few weeks. To everyone who has called, visited or sent well wishes we thank you for the love and respect shown to Harry and the family.

"Details of his funeral arrangement will be issued in the next few days. 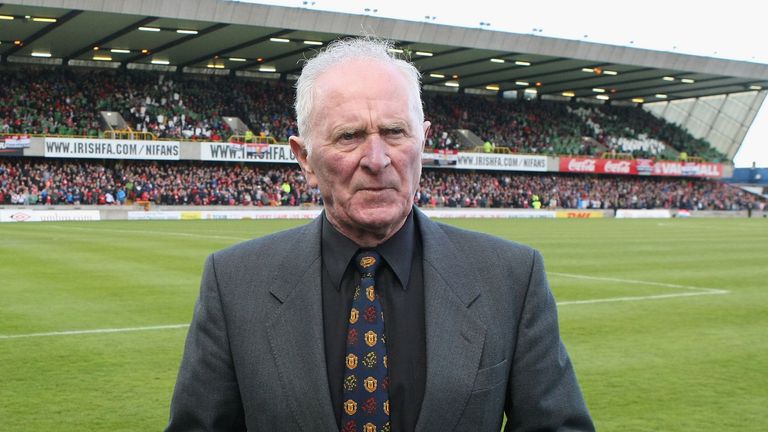 Harry Gregg will be remembered as an inspiration on and off the pitch, says Sky Sports News reporter Paul Gilmour

"We would ask that the privacy of the family is respected at this difficult time.

"Never to be forgotten!"

Gregg joined United from Doncaster in 1957 for £23,000, which at the time was a world-record fee for a goalkeeper, and ended up making 247 appearances for the club.

It is with deepest sadness that we have learned of the passing of former player Harry Gregg OBE. The thoughts and prayers of everyone at the club go out to Harry’s family and friends. pic.twitter.com/5kjlpn5Wqm

He played in a 3-0 win over Sheffield Wednesday just 13 days after the Munich tragedy.

"It is with deepest sadness that we have learned of the passing of former player Harry Gregg OBE," a Manchester United statement said on Monday.

"The thoughts and prayers of everyone at the club go out to Harry's family and friends."

Gregg also won 25 caps for Northern Ireland, playing at the 1958 World Cup - where he was named goalkeeper of the tournament.

💚 A legend of the game and a brave, selfless giant of a man. RIP, Harry Gregg #GAWA pic.twitter.com/uAfy2OcnYc

'Harry was an incredible human being'

Former United midfielder Sir Bobby Charlton paid tribute to his former team-mate, who he described as a "heroic figure".

He said: "Lady Norma and I are deeply saddened to hear of the passing of Harry Gregg. Harry was a fantastic goalkeeper, but more importantly he was an incredible human being. 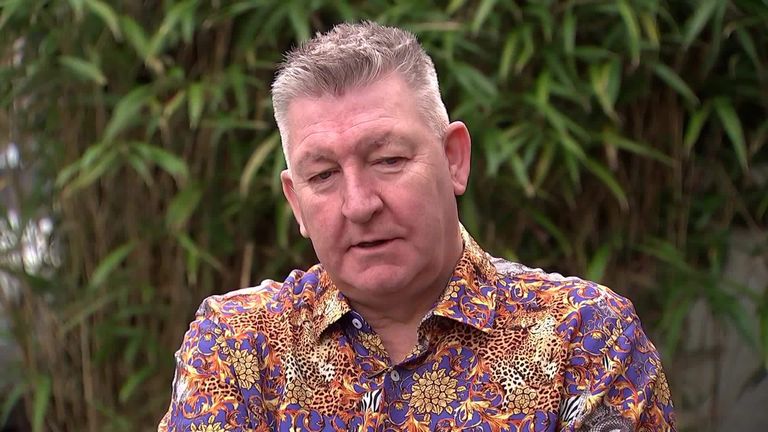 "I was proud to call him a team-mate. For all the matter of fact things Harry said about that night in Munich for me he will always be remembered as a heroic figure.

"It's incredible to think that he went on to play in a match against Sheffield Wednesday just 13 days after that tragic night. A shining light both on and off the pitch.

"For so many reasons, he deserves to be remembered as one of the greatest names in Manchester United's history.

"Harry will be deeply missed and our thoughts are with Carolyn and his family at this very sad time."

"I was deeply saddened to hear of the passing of Harry Gregg," he said.

"Harry was a man of great character and a true legend at our club. I remember that he was always very excited and proud to host our youth team at his boarding house for the Milk Cup every summer so he could recount the tales of his playing days.

"I loved his company and the many pieces of advice he gave me. My thoughts and prayers and with Carolyn and his family at this very sad time. God Bless Harry."