Sanchez on being dropped by Jose Mourinho in September 2018: 'I told myself that it couldn't be possible to go from one of the best players in the Premier League to that in the space of five months' 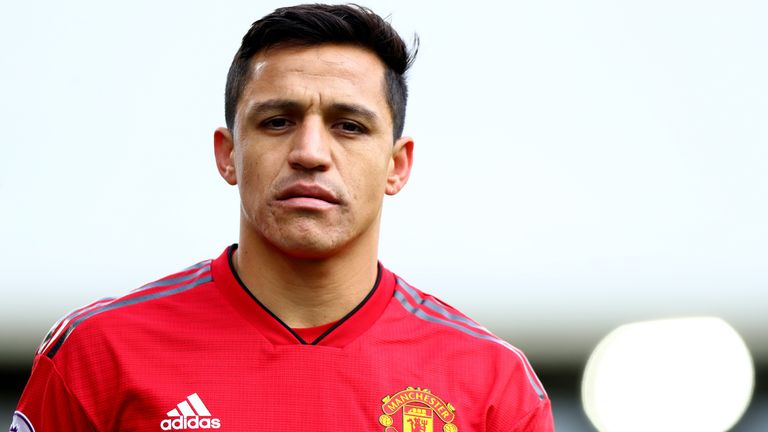 Alexis Sanchez asked his agent to rip up his contract after the first day of training with United after joining from Arsenal. Pictures: Instagram/@alexis_officia1

Inter Milan forward Alexis Sanchez admits he asked his agent if he could leave Manchester United and return to Arsenal after his first training session.

Sanchez took to Instagram on Thursday night to tell his side of the story about his failed move to Old Trafford from Arsenal in 2018, which saw Henrikh Mkhitaryan head in the opposite direction.

The Chilean never managed to find any real form in his two-year spell at United, scoring only five goals in 45 appearances, before being moved on to Inter.

Sanchez had initially agreed to join Manchester City, but his high wage demands ruled United's closest rivals out of the race to sign him, leaving United a clear path to get their man.

But it was the rushed nature of the move that left Sanchez so shocked when he arrived at United, as he felt he did not know what he was getting himself into.

In a video posted on his Instagram, Sanchez said: "I accepted the opportunity to go to United, it felt tempting and it was something good for me, I liked this club a lot when I was a kid. Eventually I signed but I didn't ask for information on what was happening inside the club.

"Sometimes there are things that you don't realise until you get there, and I remember the first training session I had, I realised a lot of things.

"After the session I got home and I told my family and my agent 'can you not rip up the contract to go back to Arsenal?'. They laughed, I told them there's something that doesn't sit right, it doesn't seem good.

"But I already signed, I was already there. After the first few months I carried on having the same feeling, we weren't united as a team in that moment."

'We weren't really a family'

Sanchez arrived at United in the 2018 January transfer window with big expectations on his shoulders, only intensified by becoming the club's top-earner, and he feels he became a scapegoat for the team's failures.

"I'm telling you my experience, the journalists at times would speak without knowing the facts and it hurt, they had no idea what was going on inside the club," he added.

"They said it was my fault, and this, and that, but sometimes a player depends on the environment, the family that is created around him, and I think that in that moment we weren't really a family.

"And that translated onto the pitch, and since there needed to be someone to blame, they blamed me."

Jose Mourinho was in charge at United when Sanchez arrived in January 2018 and kept faith in the Chile international for the remainder of that season.

Mourinho's patience wore thin at the start of the next campaign and he dropped Sanchez from the squad for a Premier League match at West Ham in September.

It was a first in Sanchez's career. He was stunned and United lost 3-1. Mourinho was eventually sacked a few months later in December.

"I remember a game against West Ham, I wasn't picked and that never happened during my career," he added.

"That changed a lot, it really bothered me and that day I told myself that it couldn't be possible to go from one of the best players in the Premier League to that in the space of five months.

"That bothered me a little, I got home and I was very sad for what happened, the next day I put in a double training session - as I've always been, I demand the best from myself in my job, I love what I do, I like football a lot."

"For United fans who've been gnashing their teeth at the lack of transfer activity this summer, many will admit they've been impressed with the speed and smoothness of a deal for Donny van de Beek that improves their midfield options at a price that doesn't look excessive.

"What's more is that the Dutchman's arrival prompted a thirst for more activity."