Manchester United midfielder Paul Pogba says representing France has provided a "breath of fresh air" away from the most difficult period of his career.

A challenging start to the 2020/21 campaign at Manchester United has seen Pogba's regular spot in Ole Gunnar Solskjaer's starting line-up threatened by struggles for form and consistency.

Pogba looked back to his best as he helped France to a 1-0 victory over Portugal on Saturday that sent the world champions through to the UEFA Nations League finals for the first time, and it was a performance that came as a welcome relief to the 27-year-old.

"This is a period that I haven't previously experienced in my career, as I've been used to playing all the time and getting into my rhythm, so that's suddenly changed," he told RTL.

"I feel I'm gradually getting back into it now. I'm rediscovering my form. That's the sort of performance that I need to produce and I need to do so consistently."

Pogba added: "[Playing with France] it's like a window that opens up. It's a breath of fresh air when you come here. We have a truly fantastic squad. When we come here, we're all happy.

"We're all pleased to see one another. We really enjoy ourselves on the pitch. That doesn't mean we don't enjoy ourselves at club level, but it's not the same here. We're a real family, and we have so much fun when we come here." 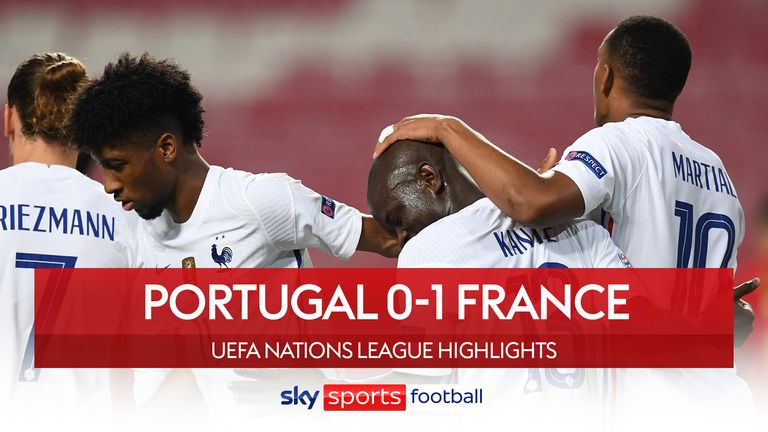 France crashed to a shock friendly defeat to Finland before the crucial Group A3 trip to Portugal but bounced back in style as N'Golo Kante's sealed the victory.

It was a night to savour for the world champions, and Pogba has set his sights on maintaining that winning feeling through to next summer's European Championships.

"That's the objective for us and for France in general," he added. "We know we have a status now.

"It will be difficult, nothing comes easy, but the more difficult it is, the sweeter it feels. Winning the Euros is the objective, as we want to keep winning.

"There's no point playing if you can't go all the way. We don't want that, we want to keep the momentum we've had since the World Cup alive.

In the 2020 summer transfer window, Manchester United surpassed £1bn spent on players since Sir Alex Ferguson retired in 2013. The honours they have to show for it? An FA Cup, a League Cup, and a Europa League. So why hasn't money spent translated into success?

On this Pitch to Post Podcast special, Jasper Taylor is joined by James Cooper, Gerard Brand and Jack Wilkinson to take an in-depth look at Manchester United AD - that's After Dominance - and dissect their transfer business post Fergie.

We go through the managers, Ed Woodward and the hierarchy, and ask: do United need a sporting director?

We also look to the future, including what the club should do with Paul Pogba, and Jack and Gerard give their 5-4-3-2-1: five worst, four best, three that got away early, two past legends to rejoin and the one future signing in today's market.