Supporters forced their way into Old Trafford prior to Sunday's match against Liverpool as a demonstration against the club's owners, the Glazer family; Police confirm charge made related to protest at The Lowry Hotel on Sunday, where Man Utd players were staying before game 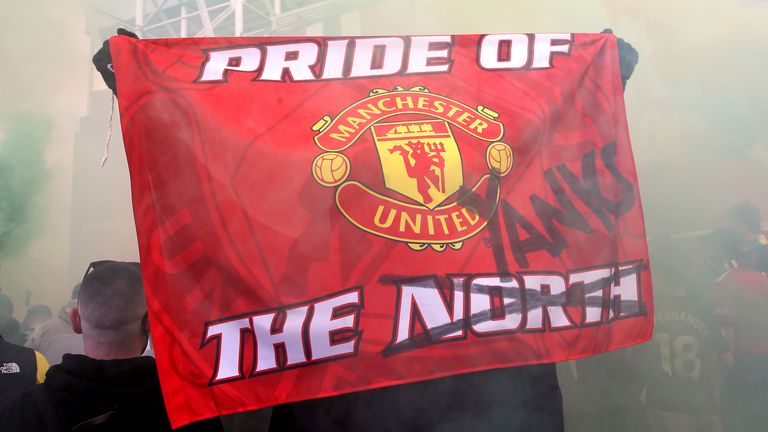 A number of supporters forced their way into Old Trafford prior to Sunday's scheduled 4.30pm kick-off against Liverpool as a demonstration against the club's owners, the Glazer family, escalated into incidents of damage and violence.

The fixture was postponed around an hour later amid the disruption with a decision yet to be made on a re-arranged date for the game to be played.

GMP said "12 officers have now been identified as injured so far. The most serious being an officer with a broken eye socket and slash to the face".

GMP Federation recently said the officer who sustained an eye injury was "lucky not to lose his sight", remains in "lots of pain" and will need an extended period off work to recover.

Supporters also gathered outside the team's hotel - The Lowry Hotel in Manchester, where the United team were staying before the match - and GMP confirmed the charge was made in connection with that protest in particular.

A statement read: "A man has been charged following a protest at The Lowry Hotel on Sunday 2 May 2021.

"Michael Anthony James Cusker (31/08/1992) of Winstanley Road, Manchester has been charged with throwing fireworks in a street, use of threatening behaviour and wilful obstruction of the highway.

"He has been bailed ahead of a court appearance at Manchester and Salford Magistrates' Court on 25 May 2021.

"The incident has been referred to the Independent Office for Police Conduct to ensure complete transparency and independence in this investigation."

GMP say an investigation into the disorder at Old Trafford and The Lowry Hotel on Sunday is ongoing.

"We are continuing to review all obtainable evidence and following all lines of enquiry available to us in order to identify the organisers of this protest as well as those responsible for the officer assaults," the force added.

The protests were a demonstration from Manchester United supporters unhappy with the Glazer family's 16-year ownership of the club and came two weeks after United were announced as a founding member of the now-collapsed European Super League.