Ole Gunnar Solskjaer: Manchester United board yet to decide his future after discussions

Some of the most senior figures at Manchester United have lost faith in Ole Gunnar Solskjaer after five defeats in seven Premier League matches; club officials discussed the manager's position after the 4-1 defeat at Watford on Saturday

A fifth defeat in seven Premier League games left United 12 points behind leaders Chelsea and piled more pressure on Solskjaer, with some of the most senior figures at the club having lost faith in him.

The United board have so far ignored increasingly vociferous calls to relieve Solskjaer of his duties in the wake of a humiliating 5-0 loss to rivals Liverpool and a 2-0 derby defeat to Manchester City in early November.

If United decide to dismiss Solskjaer, they are determined to do it in the right way because of his standing at the club.

Sky Sports News has been told United would not sack him at an away ground no matter how disappointing the result and performance.

Solskjaer was booed by a number of the United fans in the away end at Vicarage Road as he approached them at full-time on Saturday, although midfielder Bruno Fernandes appeared to try to redirect their frustration towards the players.

Goalkeeper David de Gea labelled the defeat "embarrassing" but added: "It's easy to blame the manager or the staff but sometimes it's the players." 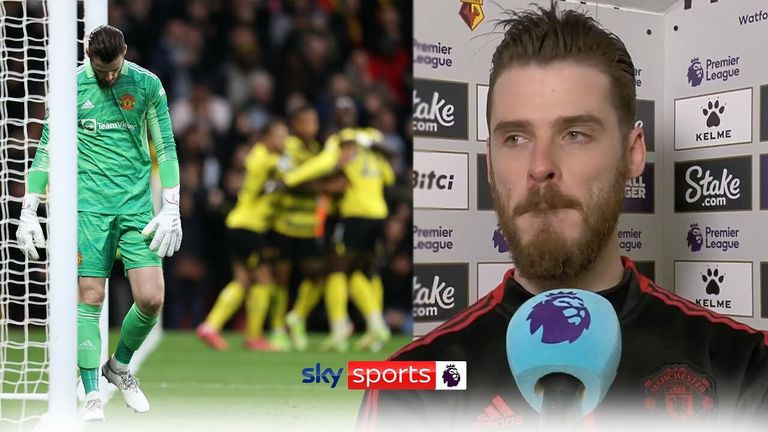 Asked what this result meant for his future, Solskjaer told Sky Sports: "I am working for and with the club. Of course we have good communication and if the club are thinking of doing something that is a conversation between us."

Solskjaer, who has been in charge since December 2018, signed a three-year contract extension in July and it will cost United a reported £7.5m if they sack him.

Ole: I can still manage this club

Solskjaer said he was 'very low' after the defeat to Watford

"I always have belief in myself, but at the moment it's a difficult time for us. I can trust every single one out there to give what they have, but the results are difficult.

"I believe we can turn this round.

"I understand the fans, who have supported the club through thick and thin, and have been great over the last few years. It's a difficult period, we have had a hard time since Sir Alex left, and the fans who have been here - since I came in - have been unbelievable.

"They understood the situation, the signings this summer raised expectations, rightly so, because we brought some top players in and having been second last year, we hoped to kick on.

"At the moment, we can't seem to find our form, and it's their right to show their opinion. But as Bruno is such a passionate man, he knows football can change quickly."

Sky Sports' Jamie Carragher on the future of Ole Gunnar Solskjaer and reports that United would hold a board meeting to discuss the situation: 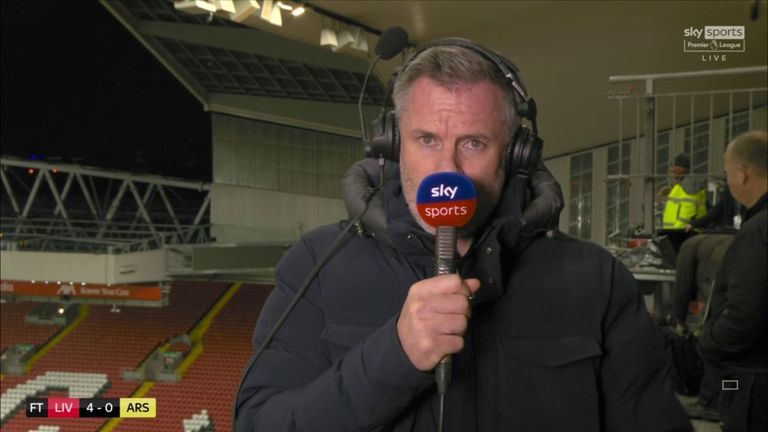 Jamie Carragher is sure Manchester United will be looking for a new manager soon, but calls some of the players’ displays this season 'scandalous'

"We all know sooner or later that Manchester United will have a new manager, but when it gets to this stage now you actually look at Ole as an individual and human being and think it's not good for him to be the Manchester United manager right now.

"I've not been a manager, but if you've got a crop of those players - and I don't care what anyone tells me, Manchester United have got quality players - you can't lose to Watford 4-1. You can't.

"No matter how the manager has set you up, whether he has a presence in the dressing room, whether the players respect him or not, who knows? However he sets them up, those players...some of the performances they've given this season are an absolute disgrace. That is one of the most expensive squads in world football. One of the highest-paid squads in world football.

"And Watford are pretty awful, I've watched a lot of them this season, to lose there 4-1 is absolutely disgusting and disgraceful from some of those players. The manager will go, we know that, that story will move on pretty quickly.

"But some of those players' performances this season have been absolutely scandalous."