The departures of Radamel Falcao and Robin van Persie over the summer have led to speculation over whether United have enough firepower to mount a serious title challenge.

Van Gaal has previously said he was looking to sign a new striker - before backtracking a day later. 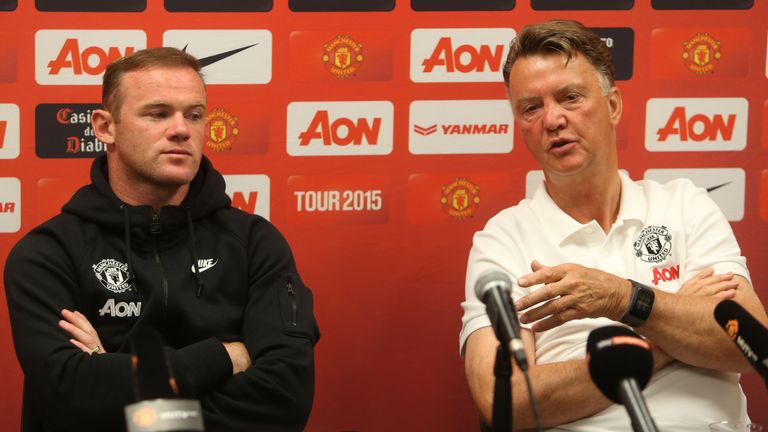 He’s our striker. He has to prove it but I’m fully confident he shall do that .

The Dutchman, talking to Sky Sports News HQ’s Vinny O'Connor on their pre-season tour of the USA, now says his attack - led from the front by captain Wayne Rooney - is strong enough.

"He’s our striker," said Van Gaal when asked about Rooney's role next season. "He has to prove it but I’m fully confident he shall do that - and he’s also captain of the team.

"He'll play a lot in the striker's position."

And when asked what he expects from Rooney, Van Gaal agreed he wanted to see '20-25 goals' - "because (Sergio) Aguero is also making that amount of goals".

Van Gaal also hinted that Javier Hernandez - back with the club after a year on loan with Real Madrid - and Adnan Januzaj will have an important role to play at Old Trafford over the next 12 months.

"We'll have a lot of matches so Chicharito (Hernandez) can also play in that position - and we still have (James) Wilson.

"Also, yesterday (in a 3-1 win over Barcelona) you saw Januzaj in a striker's position - he did it very well. So we have enough choices."