Exclusive: Ruben Loftus-Cheek on balancing patience with desire to play at Chelsea

Ruben Loftus-Cheek admits he would like to have made more appearances in his career, but can see the positives in his journey and wants to remain patient at Chelsea.

Loftus-Cheek spent last season on loan at Crystal Palace, impressing over 25 appearances and earning a place in Gareth Southgate's England squad for the World Cup.

He is now back at Chelsea, where he has made just 34 appearances and started 13 times since 2014, but the 22-year-old insists he has no issues with how his journey has panned out, despite "feeling old".

In an exclusive interview with Sky Sports, Loftus-Cheek said: "Being 22 feels quite old, considering some of the boys were playing when they were 17 or 18.

"I'd like to have more appearances by now, but it's just the way my journey has gone, and I just have to be patient with it.

"I can see it as a positive; I'm playing for England, playing well when I play, and that's without too many appearances so it's still raw in that sense."

Loftus-Cheek has made two Premier League appearances under Maurizio Sarri at Chelsea this season, both from the bench.

He is still a part of Southgate's England set-up, and candidly reflected on how his early days at Stamford Bridge helped him grow as a player. However, he could not hide his desire to play regularly.

"Being at Chelsea, it's a top club with top players," he said. "When I'm training at 17 or 18 with the first team, it was really good for my education playing with these top players. 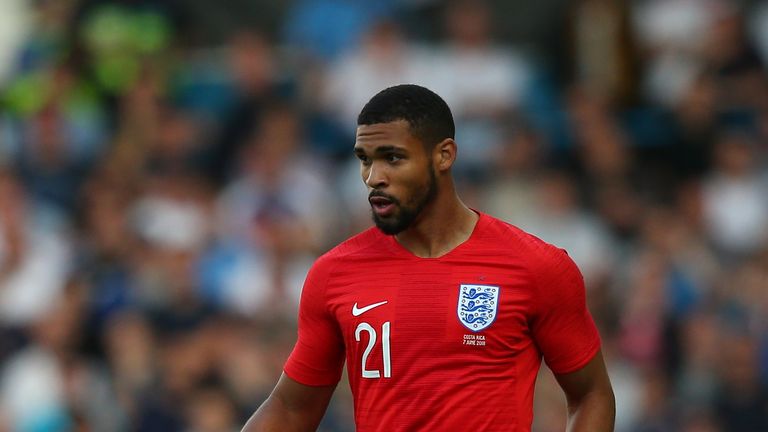 "I really enjoyed playing and training with them, I could feel myself getting better every day and improving, but it got to a point where training wasn't enough and you need the exposure in the Premier League.

"That's when I took the chance to go to Palace, and even when that happened, I thought I could've done it earlier. I started really enjoying my football, playing in the Premier League every week, and I felt the benefits.

"The benefit of last season at Palace [was first-team football]. I was fortunate enough to be fit for that period where it's like a game every three days over Christmas, and I got my body used to being able to play, have a rest, then play on a Tuesday. That was massive for me and I coped with it well."