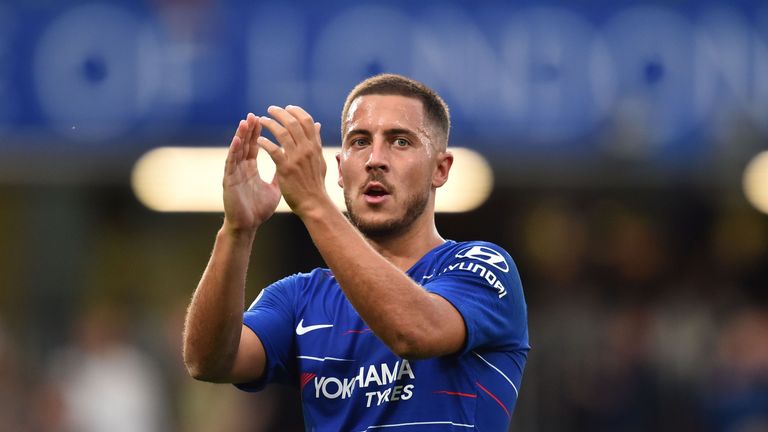 Gianfranco Zola says Eden Hazard is not yet at his best

Eden Hazard is benefiting from Chelsea's system under Maurizio Sarri but the best is still to come, says assistant coach Gianfranco Zola.

Hazard asked to be rested for Chelsea's Europa League win over PAOK in Greece on Thursday, which saw the travelling squad delayed on their return home by a cancelled flight back to the UK.

The Belgium international has shown no signs of fatigue since an impressive World Cup as a hat-trick in Chelsea's 4-1 win over Cardiff on Saturday took his tally to five goals in as many Premier League appearances this campaign.

Zola believes the forward is getting more opportunities in dangerous areas in Sarri's 4-3-3 formation, which has seen Chelsea win every one of their top-flight games so far this season.

"Eden is a fantastic player and is getting to have more maturity when he plays so the results are mainly due to his qualities," Zola told Chelsea TV ahead of their game against West Ham on Sunday, live on Sky Sports.

"Of course he's the type of player that it can benefit him a lot because you have a lot of the ball, close the opposition's goal and in these conditions Eden can take a big advantage.

"I think he's still not at his best. The more he plays in and understands the system, he's going to be even more effective."