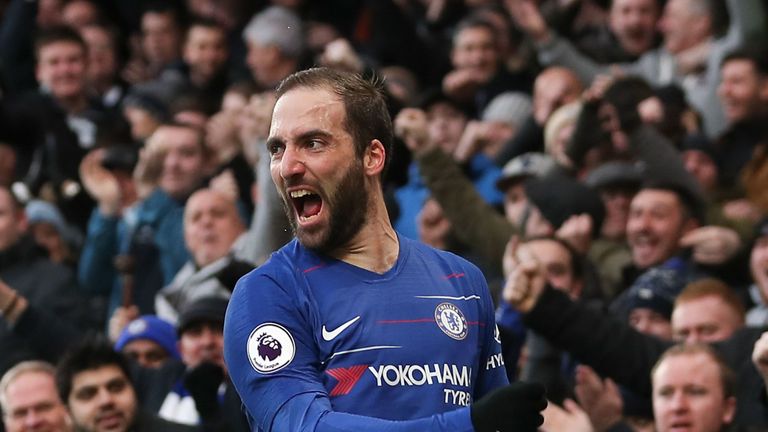 Maurizio Sarri says Gonzalo Higuain will provide more than just goals for Chelsea after his arrival on loan last week.

Higuain hit the ground running with two goals on his Premier League debut in Chelsea's 5-0 thrashing of Huddersfield, but Sarri has the bigger picture in mind for the Argentine forward ahead of this weekend's trip to champions Manchester City, live on Sky Sports Premier League from 3.30pm on Sunday.

Much has been made of the role provided by another Chelsea forward, Olivier Giroud, as a link-up player with top goalscorer Eden Hazard, but Sarri says the incoming Higuain, who was coached by the Italian for a single season at Napoli in 2015/16, can act as a foil for the midfielder as well as finding the back of the net.

"Gonzalo is a great player, a great striker," Sarri told Sky Sports. "He did very well in Madrid, in Naples, with Juventus. He arrived very motivated, and I think he will be very useful for us.

"He can score, of course, but he is really very able to play with his team-mates too. He can be very useful for Eden [Hazard] and Willian." 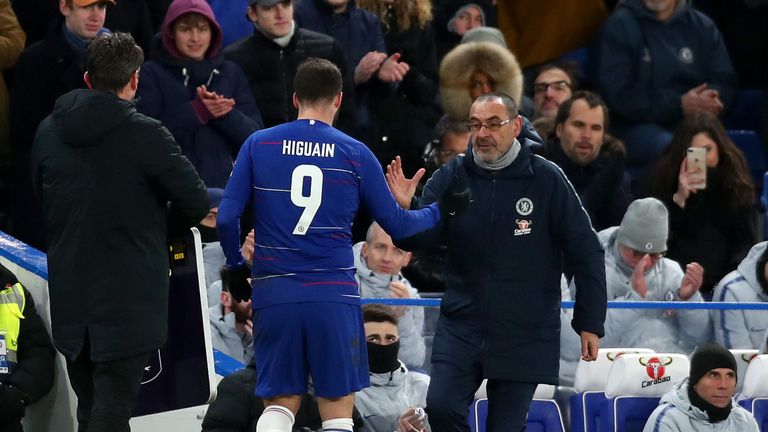 Sarri has admitted he is at a loss to motivate his players at times since joining Chelsea in the summer, leading them to lose 2-0 at Arsenal in January, before a 4-0 thrashing by Bournemouth later in the month.

They responded to that last defeat with their own big win over Huddersfield, but Sarri remains unsatisfied until he sees consistency in his camp.

He said: "After the match against Huddersfield, I was really very happy with the result and performance, but I know now we need consistency. We have to stay at this same level of performance for a long time, especially mentally.

"This season, we have had the wrong approach in some very important matches - Arsenal, Tottenham. So I want to answer whether the players need motivation for this game after the match!"