Lampard: "They beat us 4-0... so I'm certainly not going to stand here and talk Man United down." 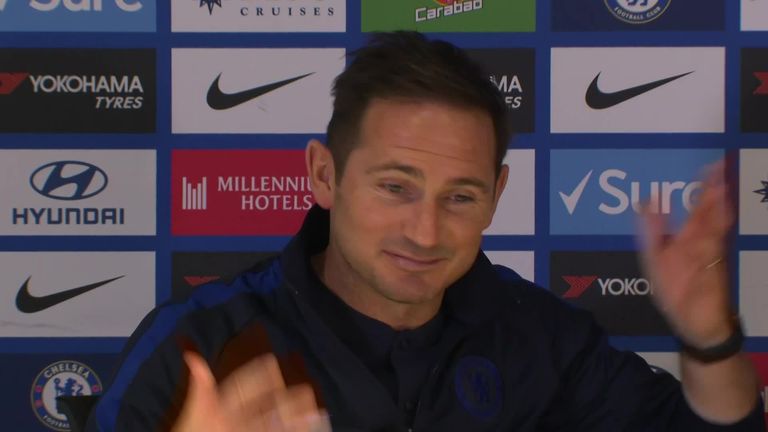 Frank Lampard found out midway through his press conference that Chelsea had drawn Manchester United in Carabao Cup fourth round.

Chelsea boss Frank Lampard believes home advantage could be crucial in his side's Carabao Cup fourth-round tie with Manchester United, but is wary of underestimating their out-of-form opponents.

Chelsea thrashed Grimsby 7-1 on Tuesday Wednesday to give Lampard his first victory at Stamford Bridge since taking charge in July at the club where he spent the bulk of his playing career.

United, who have won just once in the league since beating Chelsea 4-0 on the opening weekend of the season, struggled to a penalty-shootout victory over League One Rochdale at Old Trafford.

"I was just watching the penalties. It's a big draw, two big teams and I'm pleased we're at home. We'll see," Lampard said of the tie, which will take place on the week commencing October 28. 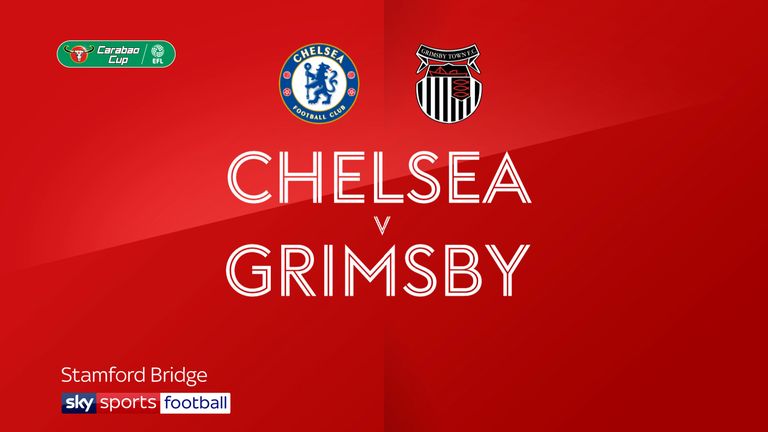 Highlights from the Carabao Cup third round match between Chelsea and MK Dons.

"I think a lot can happen in football in a short time. The next round is not coming tomorrow. We have to respect the fact they have good players.

"They beat us 4-0... so I'm certainly not going to stand here and talk Man United down.

"It's going to be a tough game, and the beauty of what we did on Wednesday night was make the game look pretty easy.

"But these games can be tough and I'd rather, from a distance and having not watched the game, give Rochdale credit for taking them all the way. Man United will bring a strong team here."

But the bigger picture was Lampard handing debuts to four academy graduates as well as a first start for Billy Gilmour.

Gilmour was a stand-out performer in midfield and fellow rookies James and Marc Guehi also impressed, while there was a welcome return for England winger Hudson-Odoi, his first appearance since picking up an Achilles injury in April.

After Lampard sent on two more debutants as substitutes, Tino Anjorin and Ian Maatsen, the Blues finished the night with six academy starlets on the pitch.

"I'm pleased some players who have not been playing so many minutes played, there were some debuts, and the young lads who came on improved the team which was nice," Lampard added.