Frank Lampard has said he always believed Christian Pulisic would become a "big player" for Chelsea after he scored his fifth Premier League goal in three games in Saturday's 2-0 win over Crystal Palace.

Pulisic, a £58m signing from Borussia Dortmund, had a spell out of the team earlier this season but has won back his place in the side recently and his fine form continued against Palace as he headed home Chelsea's second goal from close range (79) after Tammy Abraham's opener (52).

The win made it six in a row for Chelsea in the Premier League and lifted them above Manchester City into second place in the table. 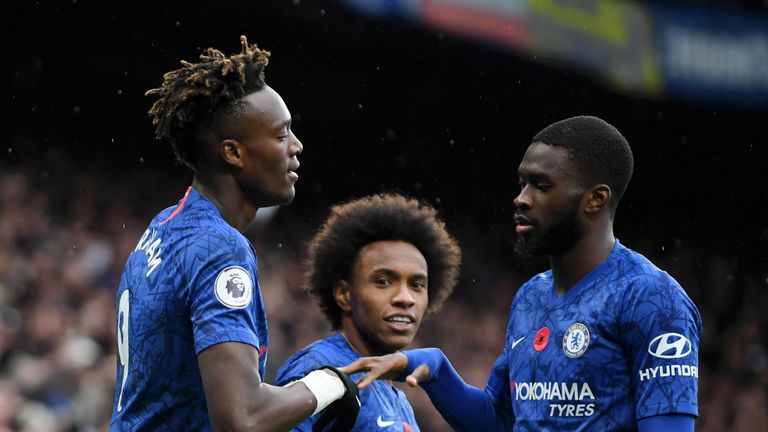 Asked whether Pulisic's recent performances vindicate the decision to bed him in slowly, Lampard said: "I don't think it's vindication, I think it's more that Christian came from another league and didn't have a break.

"He played some games early on and the pace of the Premier League is tough for any player, it's been proven time and time again.

"But with Christian, I always believed that he had huge talent and was going to be a big player for us, and he's absolutely showing that.

"I thought he was first-class today, as he has been recently. Energy, movement of the ball, slipping past people, working off the ball and the quality. He's getting into areas and scoring in and around the six-yard box, which I think is a huge thing for any wide player."

The only downside was a suspected hip problem that led to his substitution straight after his goal - although Lampard is optimistic that it won't prove serious.

"The only frustration is he comes off with a bit of an injury, which he was going to get subbed off for before his goal," he said. "He's got a bit of a hip issue but I'm hoping it's not too bad because the way he's in full flow at the minute is great to see." 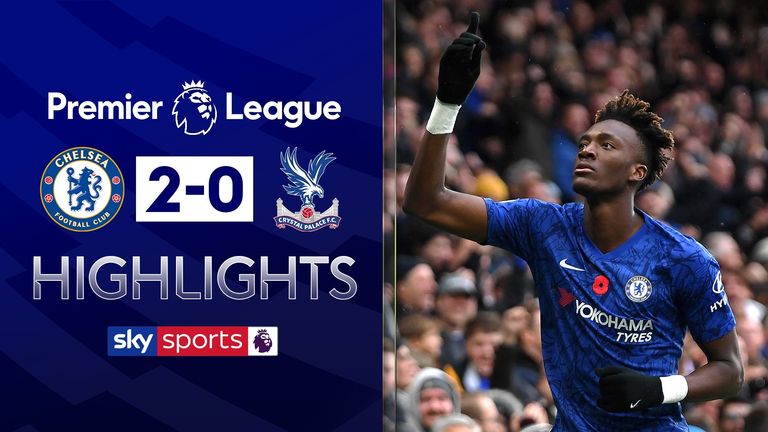 Lampard also praised Abraham, whose goal took him to 10 in the Premier League this season, moving him level with Leicester's Jamie Vardy at the top of the scoring charts.

Asked what it says about him that he was able to convert his first chance following a quiet first half, Lampard joked: "It says he needs to be better in the first half, doesn't it?

"I spoke to Tammy because, as a striker, there are games in the Premier League that will frustrate you because good defenders won't give you much space behind and maybe not in front either, so that is a problem for Tammy to solve.

"He was quite quiet [in the first half] but I think for any top striker, we expect a lot. We expect everything, goals, hold-up play, running in behind, but it's not always possible.

"What you need to do is stay in the game, stay bright and lively and keep trying and keep running, which he did, and he gets his goal, which he took clinically.

"So it was a great game from Tammy, even though it might not be his best game for the showreel. When you think about tough games, when you get the goal that pushes you in front to help you get the goal, then that's just as important."