Jorginho missed his second spot-kick of the season in Chelsea's 4-0 win against Krasnodar in the Champions League on Wednesday; Frank Lampard relaxed due to quality of options in reserve, including Timo Werner who scored a penalty in the second half in Russia 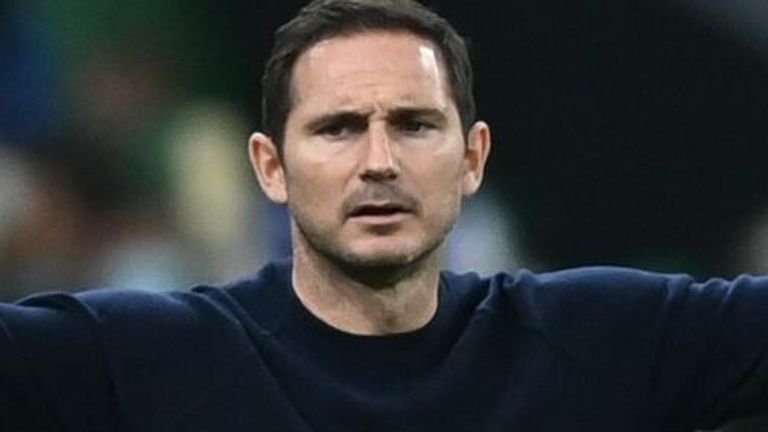 Frank Lampard will speak with his Chelsea squad before deciding whether or not Jorginho remains the club's penalty taker.

Jorginho, whose trademark skipped penalty run-up has largely proved effective, missed his second spot-kick of the season as the Blues beat Russian club Krasnodar 4-0 in the Champions League on Wednesday.

Timo Werner scored a late penalty of his own, after Italy midfielder Jorginho had been substituted, which has raised the question of who will be preferred going forward.

"Jorginho has had an incredibly successful rate of scoring penalties in his career, particularly at Chelsea," said Lampard, with Jorginho now having missed twice and scored three times from the spot this season.

"I've got no problem at all with his style of taking them, because of the success he's had, and Timo Werner, I know he's very capable to take penalties as we saw.

"We have other players that can as well, so I'll talk with the players afterwards to see how we move forward. But we have good penalty takers at the club." 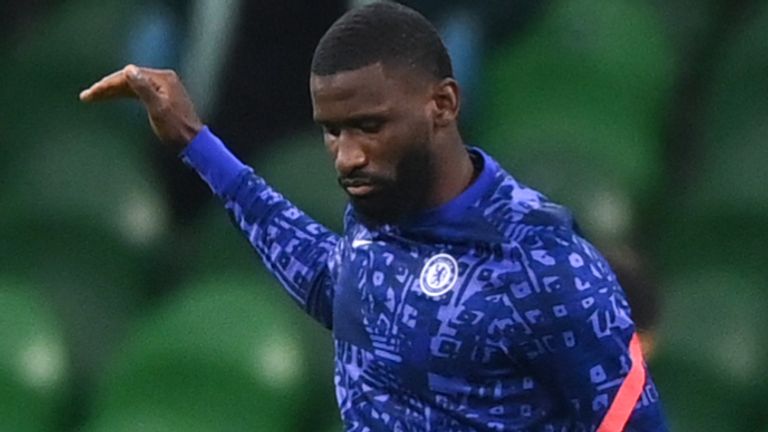 Frank Lampard praised the professionalism of Antonio Rudiger, who made his first start of the season for Chelsea in the Champions League win against Krasnodar

Hudson-Odoi was seen icing his left thigh having been replaced after 70 minutes, but Lampard is hopeful the 19-year-old England international has avoided any serious injury.

"I think the goal is clearly going to be good for his confidence," said Lampard. "There were things I liked in his game today, his desire to run behind the defence.

"Sometimes one-on-one it didn't quite go his way, but I'm very pleased when you're playing in the Champions League and you get your goal, I know the feeling of confidence that can give him.

"In terms of his injury, it hasn't been flagged to me after the match that there's a problem, so I assume and I hope that there's nothing wrong."

Chelsea boss Lampard admitted it was a boost to the coaches and players that long-standing owner Abramovich was able to watch the Blues first-hand as he is unable to attend matches at Stamford Bridge due to UK visa issues.

"I was aware that he was at the game obviously, which always makes us happy," said Lampard. "I always feel the support of the owner of the club, whether he's here at games or not.

"But to have him here is a nice bonus for myself and for the squad, and we are very respectful of him of course. I didn't manage to see him, because before the game I was in the dressing room.

"A couple of my staff members spoke to him, but by the time I came out in the warm-up he wasn't around.

"I'm very pleased we put on what I thought was a good performance with four goals and a clean sheet in his home country, and I hope it made him happy."