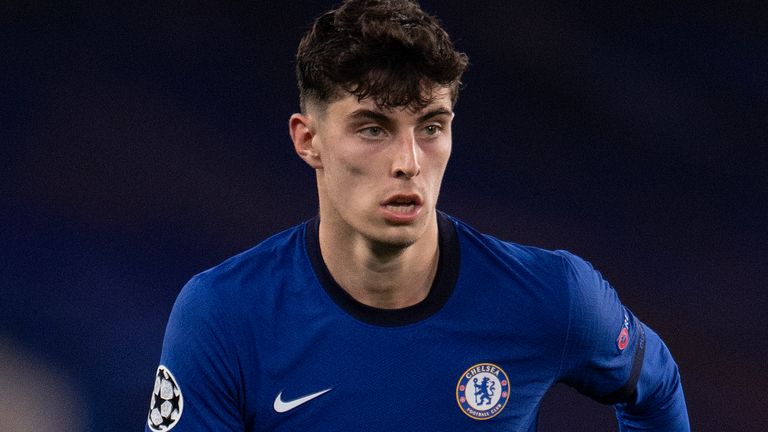 Chelsea midfielder Kai Havertz has tested positive for coronavirus and is self-isolating.

Chelsea head coach Frank Lampard confirmed Havertz's positive test ahead of their Champions League victory over Rennes on Wednesday, and afterwards revealed that the midfielder was suffering symptoms of the virus.

"Kai's showed up in the UEFA testing on Monday, so we re-tested them yesterday and everyone else is negative in the squad, so that's a good sign," Lampard said.

"I've spoken to Kai a couple of times, he's very disappointed because he just wants to play.

"His symptoms escalated slightly today but he's fine, and just disappointed to be out.

"It's just one of those things, but hopefully the isolating will help."

Havertz's positive test came just hours before England entered a four-week lockdown, during which elite sport has been given the green light to continue.

The 21-year-old Germany international joined Chelsea from Bayer Leverkusen in September and has started in all of the club's Premier League and Champions League fixtures so far this season.

Havertz will miss Saturday's Premier League clash with Sheffield United, which is live on Sky Sports.

His participation in Germany's upcoming fixtures could also be in doubt, with Joachim Low's side hosting the Czech Republic in a friendly in a week's time, before Nations League matches against Ukraine and Spain.