Romelu Lukaku: Jamie Carragher and Gary Neville explain what Liverpool and Virgil van Dijk must do to stop Chelsea striker

Speaking on Monday Night Football, Jamie Carragher and Gary Neville discussed Arsenal's failed attempts to deal with Romelu Lukaku and why Liverpool will need to go with another approach next time out... 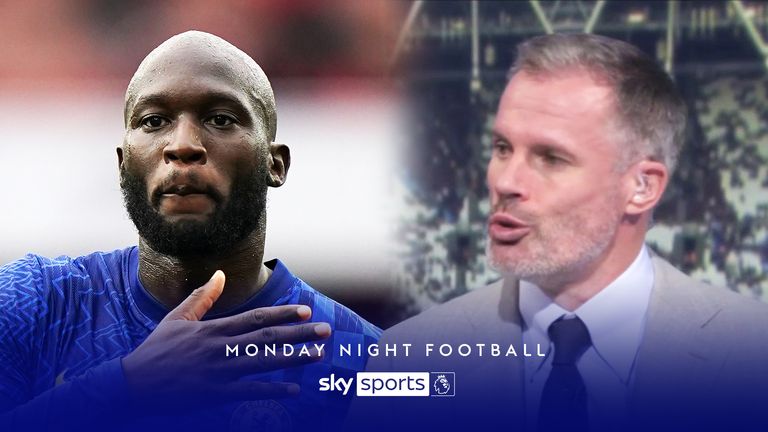 Romelu Lukaku produced a man-of-the-match performance for Chelsea in their 2-0 win over Arsenal on Sunday, looking unplayable at times. So, how will Liverpool plan to stop him at Anfield on Saturday? By doing things very differently to the Gunners, explains Gary Neville...

"We had seen Brentford destroy Arsenal's centre-backs so we knew that Lukaku was going to have a field day if they were not protected but they did not stop that ball going in," Neville told Monday Night Football.

"I felt sorry for Pablo Mari during the game. I just felt like he was pinned continuously. However, I don't think that he helped himself. He is an experienced centre-back who has had a lot of years in the game now.

"One thing you can never do as a smaller centre-back up against a more physical player is let that striker dictate the position of where you are going to be.

"He had to be braver and step in front. If he stays up in line with the other defenders, Lukaku has to change his position. It means that the midfield tacklers are also closer to him.

"So he causes himself a massive problem continuously by dropping deeper than his back line because he is fearful of what Lukaku is going to do to him. The braver and more sensible thing to do is to step up past Lukaku and to shift him.

"Liverpool watching this, all the other teams who are going to play against him, you have got to step up there. Mari continuously allowed himself to get pinned one on one and he was never going to be able to deal with Lukaku physically on duels one on one.

"Nobody can. He is unplayable when the ball is played into him.

"It was a brilliant centre-forward performance, let's be clear. But Mari got messed around a lot, the Arsenal centre-back.

"If you are going to get rolled by Lukaku, get rolled on the other side, on his right foot, not to his left because once he comes inside on that foot you are in big trouble.

"Brilliant by Lukaku but I do think there was a better way of dealing with him."

The challenge for Liverpool when Chelsea visit Anfield on Saturday will be to find that better way. Neville thinks the key will be to focus on the biggest threat - and that is now Lukaku.

"Arsenal did not attend to Lukaku," he added.

"If they are thinking about the No 10s, they are a bit of a smokescreen, the number 10s. Are Mason Mount and Kai Havertz going to hurt you, they could? But Lukaku will definitely hurt you. He is going to finish you off. He absolutely destroyed them.

"I was amazed Arsenal did not play the box. The two back players with the two in front really close together, never moving. That might mean that Chelsea get more possession, it might mean that Mateo Kovacic and Jorginho get on the ball deeper. Who cares?

"Liverpool and Jurgen Klopp might do it a different way on Saturday. That will be really intriguing. He might step up the game, step onto Kovacic and Jorginho. He might push up the pitch and let Lukaku run from deep in behind.

"You have either got to step up or drop deep and stop it getting to him that way. Arsenal got caught in between either not stopping it getting into his feet or stepping up the pitch to put pressure on him."

Jamie Carragher expects no such confusion in Liverpool's approach. In part, that is because they have a central defender in Virgil van Dijk who is equipped to deal with Lukaku. 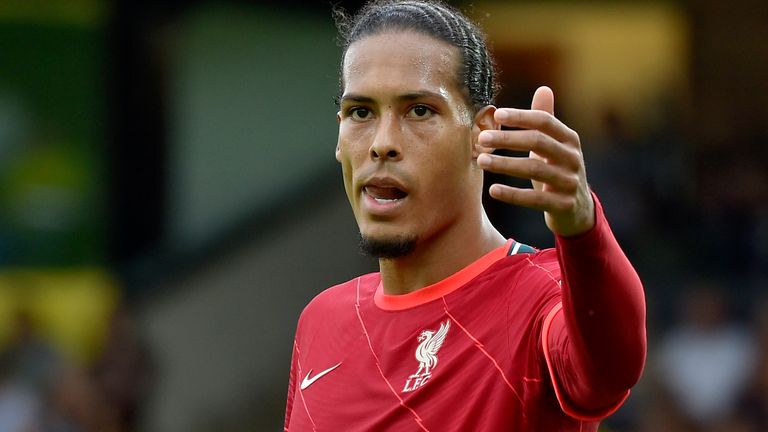 "Liverpool are not going to change for Chelsea," Carragher told Monday Night Football.

"Liverpool have got a defender who can cope with anybody one against one. He is the one player in the Premier League who will fancy his chances against Lukaku. Liverpool will be brave, Jurgen Klopp will be brave, because he has got somebody of that stature.

"It is going to be a great battle, who knows who is going to come out on top but I have no doubt Liverpool will be looking to push up to the halfway line.

"I am not trying to knock Lukaku. He has been in England before and he is a top striker. But what we saw against Arsenal does not mean he is going to do that to every defence. That was bad organisation.

"Lukaku was not doing that every time he was in a Manchester United shirt or an Everton shirt. He is a handful, he is a top striker who will score a lot of goals, but a lot of that was Arsenal's own doing."