The Premier League leaders go into Wednesday's game against Tottenham looking to make it 21 games without defeat in all competitions this season.

Comparisons are already being made with the Arsenal side of 2003/4 that finished with 26 wins and 12 draws from their 38 league games, but Mourinho reckons Chelsea will come unstuck chasing victories as the season goes on. 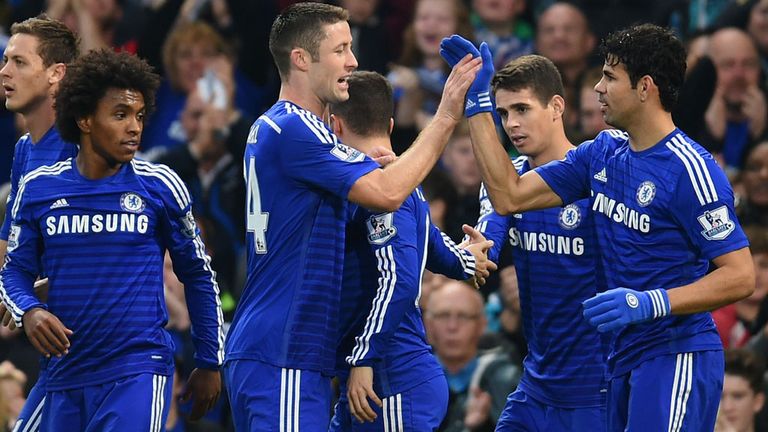 If you get 10 draws, you get 10 points. If you win five and lose five, you make 15 points. We are going to play matches to win. And, sometimes, we will lose.

"If you play for that, if that is one objective, maybe you draw so many matches, you don't take risks to try and win matches. You are happy just to be undefeated.

"If you get 10 draws, you get 10 points. If you win five and lose five, you make 15 points. We are going to play matches to win. And, sometimes, we will lose. I'd prefer 15 points and lost matches than 10 points and being undefeated."

Chelsea have a six-point lead over champions Manchester City with more than a third of the league season gone, but that means nothing as far as their manager is concerned.

He said: "We don't put ourselves in that position, of being arrogant to say we are going to win. We don't do that. All we say is we're playing very well, we are getting results, we believe in ourselves, we are very happy with what we're doing.

"The measure of success in football is made by the trophies you win. We have to try to transform the quality of our work and performances into cups.