The Reds have spent just two weeks outside the top four since September, but Sunday's goalless draw at home to Southampton threatened to undermine that until Arsenal, currently in sixth spot, saw off fifth-place Manchester United with a 2-0 win at the Emirates to ensure Liverpool's fate was back in their own hands.

Fourth-placed Manchester City and United have a game in hand over Jurgen Klopp's side while Arsenal have played two games fewer, but wins from their final two fixtures would secure Liverpool a return to the Champions League next season.

However, with a trip to West Ham - a team they have not beaten in their last five meetings - followed by a clash with Middlesbrough at Anfield - where the Reds have taken two points from the last three matches - Liverpool know they must be at their best to achieve their aim of a top-four finish.

Asked how being pipped at the post would feel, vice-captain Milner, whose first penalty miss in more than seven years cost Liverpool victory against Saints, said: "Sick.

"Hopefully we will get a bit of luck and finish the job. We have made improvements this year and we know where we need to improve again."

The England international apologised to his team-mates after his second-half penalty miss and admitted Liverpool have fallen short in games they've dominated at times this campaign.

"In the games we haven't got the points we wanted, we have dominated, but we've dropped points where we shouldn't have done," he continued.

"We do that job better and we are fighting for the title, never mind fighting to get into the top four." 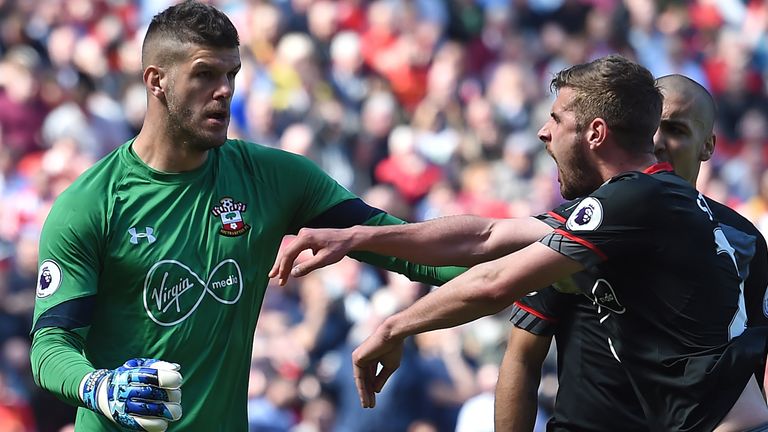 Claude Puel's Southampton proved difficult to break down for Klopp's men, who are missing key men in forward Sadio Mane and captain Jordan Henderson through injury.

Despite the frustration, Milner insists there has not been - and will not be - any nerves.

"In terms of myself, I don't really notice it and I don't think (nerves) are in the dressing room either," he added.

"We are a young squad, yes, but I feel we are still trying to play the right way."

The 31-year-old claimed his team must up the ante against teams occupying spots further down the table, but believes the Merseysiders are doing a lot right too.

"Against the top teams, our record is very good, but against the teams that come to sit back and play on the break and look to get something from a set-piece, we need to improve," he said.

"There are not many things wrong. We can certainly improve on it and if we do that we will be in the reckoning."