Jurgen Klopp suggests Liverpool transfer activity may not be over 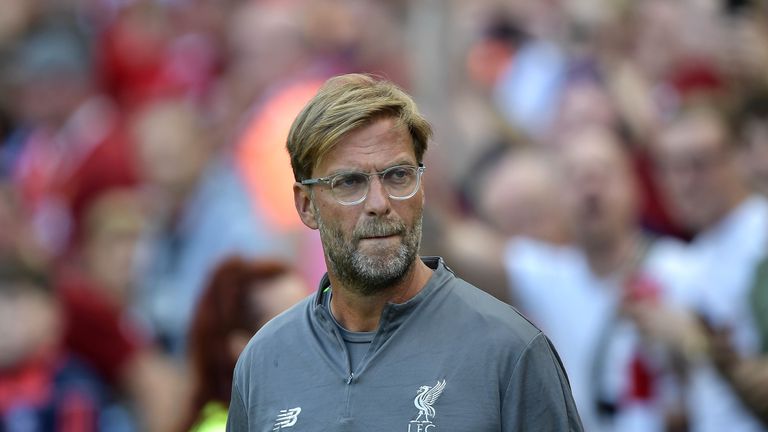 Jurgen Klopp has hinted Liverpool's transfer window business may not be over as Deadline Day approaches.

The German manager was asked about potential activity in the final few days of the window, which is due to shut at 5pm on Thursday, following a 5-0 victory over Napoli in Dublin.

"We will see what happens," Klopp replied on the subject of any potential last minute deals.

He also confirmed the possibility of exits from the club before Thursday's deadline, while Divock Origi and Danny Ings are linked with moves away.

"Yes," was Klopp's direct answer when quizzed on whether he expected business in or out of the club to occur, before then going on to elaborate.

"I cannot kill your D-day [Sky Sports Deadline Day] show, people sit there in front of the television all day waiting.

"If any player from my team is available, then in every other situation in my life as a manager I would have bought all of them, to be honest.

"They are all fantastic boys, they are able to play fantastic football."

How did Alisson, Torreira do?

Klopp has already overseen the recruitment of midfielders Naby Keita and Fabinho, while bringing in Xherdan Shaqiri from Stoke and goalkeeper Alisson Becker in a world-record deal from Roma.

The Reds have one final pre-season fixture against Torino at Anfield on Tuesday, before gearing up for their Premier League opener against West Ham United, which is live on Sky Sports Premier League.